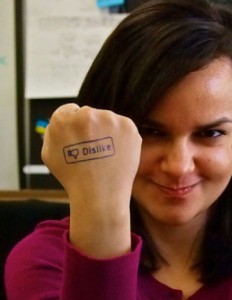 Fifty-eight percent of Facebook users are women. Sixty-two percent of shares on Facebook are done by female users. How many women are on Facebook’s board of directors?

For such an innovative brand, Facebook is distinctly behind the times when it comes to gender equity. Only 11.3 percent of Fortune 500 companies had male-only boards last year. Google, Microsoft and LinkedIn each have at least one woman on their boards. A recent survey of Fortune 500 companies found that those with three or more women board members outperformed those with fewer or none, achieving an average of 53 percent greater return on equity. Why wouldn’t a man as intelligent as Mark Zuckerberg adopt a business strategy that could increase his profits by half?

The omission is all the more surprising given that Facebook’s chief operating officer, Sheryl Sandberg, is an outspoken advocate for gender equality in the top tiers of business. She recently commented that women have made progress “in every industry … except at the top, where, essentially, over the last 10 years, there hasn’t been progress.” Yet the very company she works for perpetuates this trend.

Perhaps it has something to do with the cult of the male geek in the tech world. In the current issue of Ms., Laura Sydell’s article “Women of the Valley” notes the lack of attention paid to high-achieving women in tech—even those who have taken their companies or products to the top—in contrast to the hero-worship of their male peers. We can all identify Mr. Zuckerberg or Bill Gates, but who knows what Sarah Allen, one of the leading developers for Shockwave and subsequent developer for Flash Player, looks like? Where’s the biopic of Marissa Mayer, Google’s first female engineer?

Men will continue to dominate the tech industry unless consumers agitate for change. Fortunately, in this case, you can use the power of the Internet to sock it to Facebook. The young feminists over at Ultra Violet have launched a campaign to get at least one woman on “board” at Facebook. It wouldn’t be gender equity, but it’s a first step.

Join the campaign by signing this petition telling Facebook to get with the times. Remind the boys at the top: Women are good for business, and the companies that succeed know it.

Join Ms. now to get the current issue–with Laura Sydell’s article “Women of Valley”–straight to your door!

Why Sheryl Sandberg Is Applauding This Detergent Commercial