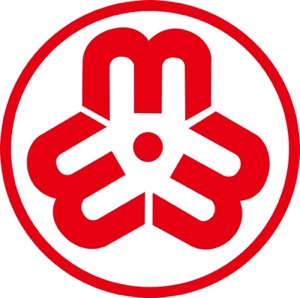 When Wang Mei’s husband first hit her in their Shanghai home, Wang (a pseudonym) instantly acted to protect herself and her newborn baby by calling 110, China’s number for emergency help. That call unleashed a torrent of retaliatory violence and harassment, not just from Wang’s husband but from his extended family as well. Two years later, she has given up her home and only child, a son. She lives with the threat of death if she ever tries to reclaim him.

The latest government figures reveal that one quarter of China’s women have experienced domestic violence. Yet feminist activists say that figure is understated.

Even when Chinese women report domestic violence, the police are usually incapable of protecting them. Li acted as the attorney for the parents of Dong Shanshan, a woman murdered in 2009 by her husband after she had called the police eight times to report domestic violence. After Dong’s death, her husband was sentenced to just six and a half years in prison for “ill-treatment” of a spouse.

So Wang Mei’s story is not unusual.

Relatives introduced Wang to her husband in 2008, and within months they were married. “I wasn’t thinking clearly,” she says. “People around me pressured me to marry. I was already 26 years old, [and did not want to] become a ‘leftover’ woman (shengnü).”

Wang and her new husband bought an apartment in the same compound as her in-laws, since the in-laws wished to maintain a close relationship with their son. In 2009, Wang gave birth to a baby boy. Two months later, her husband struck her in the head and she summoned the police. The police took the couple’s details, told them they were both were at fault for not resolving their dispute peacefully, then left.

Wang did not tell anyone else about the incident, but several days later her in-laws accused her of “exposing family ugliness” (jia chou wai yang).  The next time Wang and her husband argued, he hit her again, so she went to the hospital to have the injuries written into her medical records. She thought her husband would think twice about attacking her now that she had a formal record of the violence. But the abuse escalated.

Wang says she was up against “a whole gang of people” in fighting the abuse. Her husband, his parents and other relatives scolded her for making the family look bad. Her husband’s aunt said that, as head of the household, the man had a right to hit his wife. Wang says her husband also tried several times to force her to have sex after their baby was born, but she fought him off. “I had just given birth, I didn’t want to have sex” she says, adding “The bit of affection I had for him has been ground down.”

Wang’s husband apparently complained to his parents that his wife was shirking her conjugal duty. Her father-in-law warned her that she was “upsetting the balance of the natural world” by refusing to have sex with her husband. Her mother-in-law said it was no wonder that the son hit Wang, because he had nowhere to release his “natural” urges.

Wang did not want to trouble her own parents at first, she says, but “paper cannot cover up fire.” Her parents were angered by the husband’s abuse, yet urged her to think about her child before seeking a divorce. Wang filed at least seven formal police and medical reports of domestic violence. She sought the help of her neighborhood committee, the most basic level of China’s government, which advised her to adapt to the situation or risk losing custody of her child.

No matter where she turned for help, Wang was thwarted–by the police, by her doctors, by her neighborhood committee and even by local Women’s Federation officials, who, Wang says, told her that if she was unwilling to immediately divorce her husband, then she should “just put up with it” and “try to change him.” Wang was trapped in what some scholars call a “web of abuse.”

Recently, several high-profile cases of domestic violence in China have attracted media attention. In February, Chinese movie star Bai Jing was murdered by her husband, who then killed himself. Kim Lee, the American wife of Li Yang, founder of the Crazy English language training method, posted pictures of her injuries online after her husband hit her, and now says he has threatened to kill her.

Yet, despite years of lobbying by China’s feminist groups, the government has still not enacted targeted legislation to curb domestic violence. As a result, even if a woman has carefully documented abuse at the hands of her husband, it is extremely difficult for her to secure a protective order.

“Chinese courts routinely fail to identify domestic violence, and describe it as ‘family conflict’ instead,” says Feng Yuan, head of the Anti-Domestic Violence Network in Beijing.

While the Chinese government may not take domestic violence seriously, it has poured resources into promoting marriage and the “harmonious family” as the foundation of a “harmonious society.” This is seen as essential to maintaining social stability in the midst of widespread inequality and discontent. The Beijing government has even recently held contests to select the most “harmonious” families.

Last year, Wang Mei made the wrenching decision to leave her toddler with her husband and move into her parents’ tiny apartment in downtown Shanghai while she looked for a divorce lawyer. Her husband refuses to let her see her son, so she recently went to his workplace, a local government agency, to try to seek help from his boss. The couple began arguing and the husband hit Wang in plain view of his colleagues, who had to pull him off her. Her mother later received a call from an anonymous man, threatening to kill Wang if she ever appeared at her husband’s office again. Wang called her husband’s boss to report the death threat.

“This is your own private affair,” the boss told her. “This has nothing to do with us.”

Logo of the All-China Women’s Federation from Wikimedia Commons.