Women: Take What Is Ours - Ms. Magazine
Skip to content 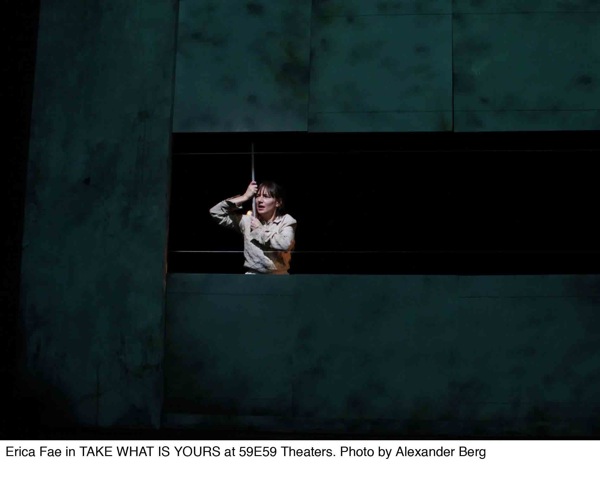 Forced feedings of raw eggs. Beatings by prison guards. A woman “doubled over like a sack of flour.” These are not the images that immediately come to mind when we picture U.S. women’s fight for the vote. The facts have been sugarcoated by history, which likes to remember women’s suffrage as a proud moment for our country. In truth, it was just like so many other giant leaps toward equality: violent, protracted and adamantly opposed by those in power.

Erica Fae and Jill A. Samuels’ new Off-Broadway play Take What is Yours recalls the intensity of the suffrage fight by bringing audiences into the 1917 prison psychiatric ward where suffragist Alice Paul, the leader of the National Woman’s Party, has been locked up for peacefully demonstrating. Paul has staged a hunger strike to protest the terrible prison conditions and, after not eating for three days, is beginning to hallucinate. 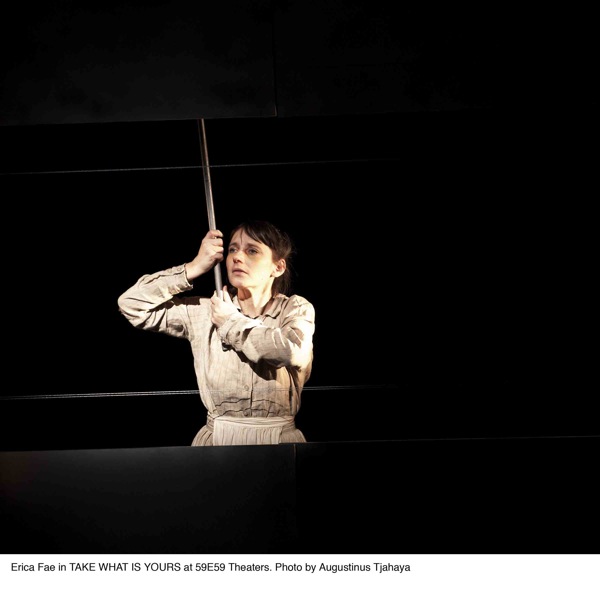 Two characters, Alice and The Man, face off on a simple black stage with a bed. The audience watches the play through a constantly moving frame of square openings as Alice and The Man glide across the floor, wheeled by hardly noticeable stagehands. The effect is one of floating with Alice through the thoughts and flashbacks produced by her altered state of mind. No matter which way the actors turn, they find nothing but darkness and Alice’s hard bed, a bleak reminder of the isolation Alice must have felt within a society so bent on silencing her.

But silenced she is not, despite the abuse that she and the other suffragists experience. Alice is eloquent and defiant, even as Erica Fae’s sensitive portrayal conveys the torment the suffragist must have felt as she and her sisters were dragged, pushed, verbally harassed and pelted with fruit and eggs–sometimes as police watched and did nothing.

This violence is the most haunting aspect of the play. Fae and Samuels present a stark reminder of the brutal opposition faced by social change movements. The play could not be more timely, arriving at a moment when these issues are fresh again, particularly for women, thanks to the Arab Spring and Occupy movements, as well as the upsurgence against the War on Women. Take What Is Yours is not just the story of suffrage for women–it is a stark reminder that change does not come easily, nor without sacrifice.

After the curtains closed, Rep. Carolyn Maloney (D-N.Y.) joined Fae onstage for a Q&A session. An audience member asked Maloney about young feminists today, and I felt a blush creep into my cheeks as I wondered how we could compare to the hunger strikes and the sheer conviction of Alice Paul. But Rep. Maloney answered, “I’m inspired by the younger generation.” I looked with new eyes at Fae, a young woman who brought this play to life.

It’s important to have time capsules such as Take What is Yours to illustrate how women’s history really worked, reminding us how precarious our gains are and how hard we must push. Even today, conservatives are trying to roll us back to the 19th century, and the Equal Rights Amendment has yet to be passed. The women’s movement has a duty to itself to remember its own legacy and draw on that power. Now that the ERA has been re-introduced in Congress (thanks to Rep. Maloney), I’d say it’s time we begin practicing our hunger strikes.

Take What Is Yours runs May 3-27 at 59E59 Theaters. You can take advantage of a special deal for Ms. Blog readers: Enter FEM25 when buying tickets for the regular run and get a $10 (30 percent) discount. 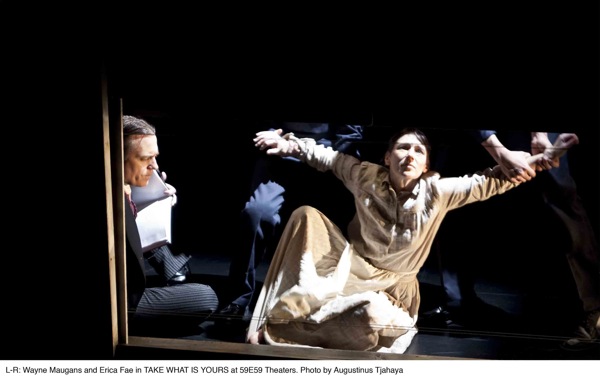 Photos courtesy of Take What Is Yours. All rights reserved.