The Women Behind the Woman - Ms. Magazine
Skip to content 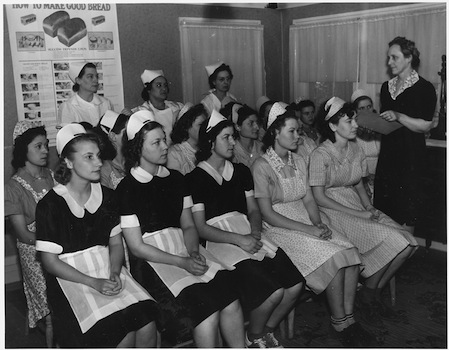 Anne-Marie Slaughter’s widely circulated article in The Atlantic has unleashed a wave of impassioned discussion about whether women can successfully pursue a professional career and have a family. Slaughter highlights how office culture and policies in the U.S. make it difficult for women to balance the competing demands of work and family, and she suggests a transformation of workplace policies to include flex time, reliance on technology (such as conference calls), a family leave policy and a different set of work standards and expectations.

At a time when 70 percent of mothers with children under the age of 18 are in the workforce, she is absolutely right that we have to figure out how working women can successfully juggle their multiple roles. And employers must take some responsibility for that.

But the fact is, even without family-friendly workplace policies, the vast majority of professional women don’t do it alone.

Partners and husbands are carrying some of the burden, maybe more than in the past. Modest gains aside, however, studies show that household chores are still not shared equally between men and women.

Middle-class and professional women do get help, though—mostly from other women.

Perhaps the most important element of understanding the success of professional women is their growing reliance on service workers to perform the much-needed maintenance work that enables households to run and families to survive. The “can women have it all?”  has centered on an elite group of women with an abundance of resources—women like Marissa Mayer and Sheryl Sandberg. Financial resources give women (and men) the ability to hire someone to do the cleaning, buy the groceries, cook the meals and bathe the children. In this day and age of a growing service economy, we can hire baby doulas to attend to infants in the middle of the night and personal assistants to organize our closets.

Powerful women who have it all are only able to get there because they rely on a vast network of service providers, who are often underpaid and working in an unregulated occupation. The increasing number of middle class women in the workforce over the past several decades has been coupled with an increase in the number of nannies and cleaners working in private homes–largely immigrant women of color who have their own challenges to achieve a work-family balance, but with far fewer resources. These care workers have been essential to the professional success of middle-class women.

If, 50 years ago, it was “the woman behind the man” who provided the often invisible social reproductive care that bolstered middle-class male success, perhaps today it is the “service workers behind the woman (and the man)” who enable professional success.  Women who might have it all certainly don’t do it all.