Thumbs Up, Thumbs Down: A Feminist Look at the Olympics, Part 2 - Ms. Magazine
Skip to content 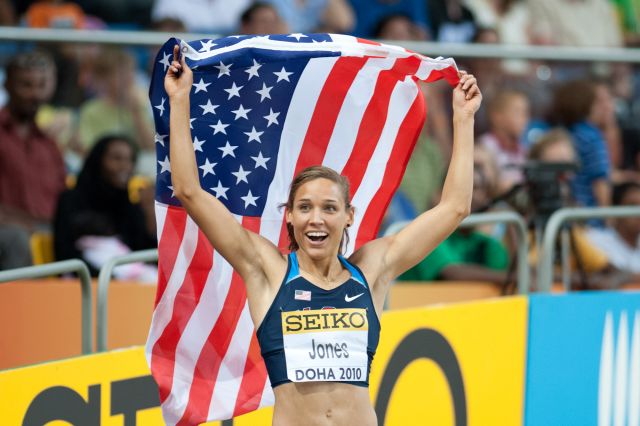 Thumbs Up for Kayla Harrison, who won the first women’s gold medal for the U.S. in judo on August 2 and who overcame great personal challenges to triumph at these London Games. Even though American Rusty Kanokogi, who fought for years to make women’s judo an Olympic sport, didn’t live to see Harrison make history (she died in 2009), we’d like to believe she is smiling down on her proudly.

Thumbs Down for the New York Times‘ harsh piece by Jere Longman, who chastised Lolo Jones for getting endorsements while claiming she is not a serious contender for a medal. Thumbs Up to Slate for taking Longman to task and calling out his unwarranted judgements. Jones also spoke out against her haters on the Today show this morning, defending her rigorous work ethic.

Thumbs Up for the Saudi Olympic Committee for allowing Saudi Arabian female athlete Wodjan Shahrkhani to wear a hijab while competing in her judo competition. There had been much debate between the International Judo Federation and the International Olympic Committee, but an agreement was reached in time for Shahrkhani to make history as the first woman from Saudi Arabia to compete in the Games.

Thumbs up for women’s all-around gymnastics champion Gabby Douglas calling out her critics for their ridiculous comments on her hair. Francesca Witcher and Oneka LaBennett defend her on the Ms. Blog.

Thumbs Down for Fox News for its criticism of Gabby Douglas’ Olympics outfits. Fox host Alisyn Camerota and Tea Partier David Webb believe that some of Douglas’ outfits are not patriotic because they have been pink or silver, not red-white-and-blue. First the comments on her hair, now the insults of her outfits: Can these misguided critics leave Gabby Douglas alone?

Thumbs Up for Usain Bolt and his sportsmanship. He paused an interview with a reporter to show his respect for U.S. athlete Sanya Richards-Ross, as she was awarded her medal for the Women’s 400 meter.

Thumbs Down for the sexualization and trivialization of the Dutch field hockey team. Despite the team’s accomplishments during these Olympic Games, many are taking to the web to declare their fandom not of the team’s athleticism and success but for their “hotness.”

Thumbs Up for hurdler Lashinda Demus. Not only did she win a silver medal in the 400 meter hurdles, but she has openly discussed her struggles to overcome postpartum depression and compete in the Olympics.

Thumbs Down for women athletes being criticized for their body types. American weightlifter Holley Mangold faced haters who called her fat, as did Australian swimmer Leisel Jones.

Thumbs Up for women of all shapes and sizes competing. The BBC’s Olympic body match calculator, which matches your body to one of an athlete competing in this year’s Olympics, illustrates how a plethora of different body types is the norm.