From Ms. Magazine to Top of the Media: We Heart Martha Nelson - Ms. Magazine
Skip to content 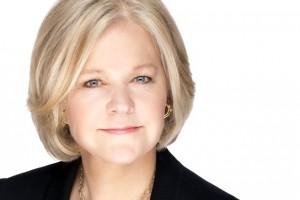 Martha Nelson, who worked as an editor for Ms. magazine in the 1980s, has been named editor-in-chief of Time Inc. The company publishes 21 U.S. magazines, including TIME, PEOPLE, SPORTS ILLUSTRATED, FORTUNE and InStyle. She’s worked for the company for 20 years, most recently as editorial director.

Most significantly, Nelson will be the first woman ever to hold the top job–and only the seventh editor-in-chief in the company’s 90-year history. Time Inc. also has a woman, Laura Lang, as its CEO.

Before entering the corporate hierarchy of the media conglomerate, Nelson was the editor of PEOPLE and founding editor of InStyle. Her prior editing history was purely feminist: from being managing editor of Signs: Journal of Women in Culture & Society to a staff editor at Ms. to editor-in-chief at both Women’s Sports and Fitness and Savvy.

While at Ms., Nelson was instrumental in working with the magazine’s board of scholars to translate research from women’s studies  for a popular readership. She also edited the “Gazette” section and developed the magazine’s coverage of women’s sports.

“I really appreciated Martha’s energy and the life that she brought to the magazine,” said Ms. editor Ruth Sullivan in Mary Thom’s 1997 history of the magazine, Inside Ms.: 25 Years of the Magazine and the Feminist Movement. Thom added this story:

Nelson worked part-time at first, and Sullivan was determined to have her hired on a full-time basis. ‘Martha was about to leave,’ recalled Sullivan, ‘and I said to [editor] Suzanne [Levine], You’re losing one of the best people we have here. We’ve got to keep her.’

Congratulations to Martha Nelson for proving again and again that’s she one of the best–and kudos to Time Inc. for hiring women to run the show!