Hail to the Geniuses! - Ms. Magazine
Skip to content

All hail the fierce women on this year’s MacArthur Foundation “Genius Grants” list!

Earlier this week, the foundation announced its class of 2014 fellows—who each were awarded a $625,000 grant that will be paid out over five years—and on the list were a number of our favorite women (in fact, nine of the 21 fellows are women!): Alison Bechdel, cartoonist and creator of the Bechdel Test; Mary Bonauto, the lawyer who challenged the Defense of Marriage Act; Ai-jen Poo, executive director of the National Domestic Workers Alliance; Danielle Bassett, a physicist who studies brain connectivity and development; Tami Bond, an environmental engineer and expert on the impact of black carbon on human health; Sarah Deer, a legal scholar whose work centers around stopping domestic violence in Native American communities; Jennifer L. Eberhardt, a social psychologist investigating the intersections between race, racism and crime; Pamela O. Long, who is rewriting the history of science to include the contributions of artisans, craftsman and others; and Tara Zahra, historian and author of The Lost Children: Reconstructing Europe’s Families after World War II.

It’s thrilling to see the work of these tireless women recognized with a “Genius” prize—for the record, we’re completely on board with that superlative—and we’re celebrating by sharing some of their biggest achievements. Below, learn more about these brilliant minds.

The name Alison Bechdel is synonymous with the Bechdel Test—a checklist that requires films to feature at least two women characters having a conversation about something other than men—but the cartoonist and graphic memoirist is also known for her long-running comic strip, “Dykes to Watch Out For.” The strip, which ran from 1983 to 2008, chronicled the lives of a group of lesbians long before the community was represented in the mainstream with shows like The L Word. Bechdel had her first “DTWOF” strip published in a feminist newspaper and says she “quit her day job” in 1990 after finding success as a cartoonist. Her graphic memoir, Fun Home, was turned into a stage production in 2013 and is set to hit Broadway in April 2015.

Civil rights lawyer Mary Bonauto was the attorney who persuaded Massachusetts’ top court to grant marriage equality to same-sex couples in 2004. On May 17 that year, she watched Rob Compton and Dave Wilson tie the knot.

Hearing [the minister say, ‘By the power vested in me, by the Commonwealth of Massachusetts’] and knowing it was true just changed everything. … That had never happened before legally in this country. It felt like the cage had been lifted off, and it was just a different world from that point forward.

Her commitment to marriage equality didn’t stop there: Bonauto ultimately went on to argue—successfully—against the Defense of Marriage Act and saw it struck down in 2013.

A longtime defender of workers’ rights, Ai-jen Poo campaigns for better labor conditions for domestic workers. She was among those who pushed the state of New York to pass the Domestic Workers’ Bill of Rights in 2010, and she became executive director of the National Domestic Workers Alliance that same year.

In an interview with the Ms. Blog, she described her relationship with the labor-rights movement:

I believe that love is the most powerful force for change in the world. I often compare great campaigns to great love affairs because they’re an incredible container for transformation. You can change policy, but you also change relationships and people in the process. … I think that you can love someone and be in conflict with them. And I think that it’s the same thing when we’re trying to transform a fundamentally unequal society. There’s a level of discomfort and conflict that has to happen in order for us to achieve a more loving fate.

Physicist Danielle Bassett has advanced the world’s understanding of brain development mightily with her work on brain flexibility and knowledge acquisition. Her husband, Lee Bassett, effused about his wife to local news site Philly.com, saying, “She is tackling the problems that very few physicists want to get anywhere near. She’s interested in stuff like how we think and how we feel and how we interact. These are the problems that don’t have easy or elegant solutions.”

Much of what we know about the effects of black carbon—also known as soot—emission and atmospheric pollution on human health comes from Tami Bond’s research. She has also measured the ways families in countries without electricity use household energy and hopes to further that work with her MacArthur grant funding. Robert Dimple, a professor at UC Berkeley who worked with Bond during her graduate training, described her as “one of the smartest people I know.”

A legal scholar and citizen of the Muscogee (Creek) Nation of Oklahoma, Sarah Deer has contributed much to the conversation about domestic and sexual violence in Native American communities. According to the MacArthur Foundation:

Deer has documented in academic scholarship the historical and ideological underpinnings of the failure to adequately protect victims of physical and sexual abuse in Indian Country, and she has worked with grassroots and national organizations attempting to navigate the complex legal and bureaucratic hurdles facing Native victims of violence.

Investigating the links between racial imagery—such as skin color and hair texture—and value judgments about those qualities on crime sentencing, Jennifer L. Eberhardt has reshaped the discourse on racism in law. “Using statistical analysis to analyze how a defendant’s skin color and hair texture relate to the sentencing decisions of jurors, Eberhardt has shown that black defendants are more likely to receive the death penalty if their facial characteristics are stereotypically black and their victims are white,” writes the MacArthur Foundation.

Pamela O. Long’s history of science includes much more than men in lab coats: She has re-introduced the artisans, craftsmen and authors who influenced the evolution of scientific methodologies. Her 2001 book, Openness, Secrecy, Authorship: Technical Arts and the Culture of Knowledge from Antiquity to the Renaissance, won the Morris D. Forkosch Prize for best intellectual history book.

Historian Tara Zahra has written extensively on family, nation and ethnicity in her books, Kidnapped Souls: National Indifference and the Battle for Children in the Bohemian Lands, 1900­–1948 and The Lost Children: Reconstructing Europe’s Families after World War II. Zahra says she’s interested in using her MacArthur funding to unite her passions for history and dance: “I would like to elevate the status of dance as an academic discipline at UChicago.”

Hats off to these amazing women. 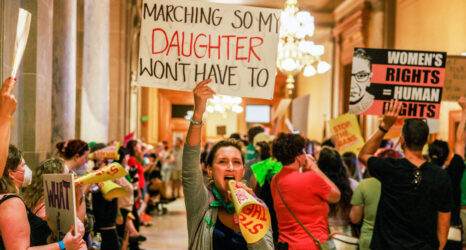