Scooping up bargains will be a little more difficult this Black Friday (November 28) when workers at an estimated 1,600 Walmart locations strike for a living wage.

The United Food and Commercial Workers Union (UFCW) and OUR Walmart have partnered to help workers demand a $15/hour minimum wage and guaranteed full-time hours. The organizations are using the Black Friday strike and a petition to fight for change.

To date, more than 2,100 stores have signed the petition, which urges the founders and CEO of Walmart to raise the chain’s minimum wage. In a video from OUR Walmart, a woman employee explains why she needs a wage hike: “Sometimes I can’t buy my son clothes or shoes, or buy groceries for the house.” Another worker adds,

A day or two before pay day I’m already budgeting my check, [and] at that point in time—two days before I even get paid—I’m already broke.

According to OUR Walmart, most Walmart workers earn less than $25,000 a year and most jobs at the company are part-time—making those positions unstable and keeping workers in poverty. Plus, most low-wage workers are women—often the heads of households—so when Walmart workers don’t make enough, families suffer.

Walmart employees have staged Black Friday strikes in years past, beginning in 2012. That year, there were more than 100 strikes in 46 states, though the actions largely failed to deter Black Friday shoppers.

Another action held on Nov. 19—Global Day for Decent Work at Walmart—saw Walmart employees in at least 10 countries around the world, from Canada to India, protesting for better working conditions. 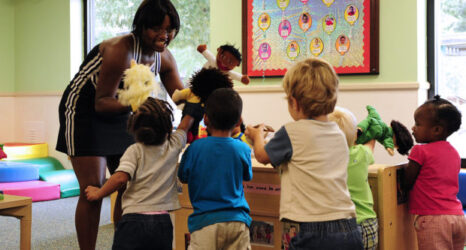