Susan, a 53 year old camp director, babysat from the time she was 12 years old. She always assumed she’d have kids one day—but during college, she worked in a department store where watching impatient parents with their children inspired her to radically change the path she’d planned for herself.

“They’d yank them by the arm, pull them around, yell at them, and make them sit down. It just wasn’t right.” Susan took the experience to heart and began to think more deeply about how she could make a positive difference in children’s lives. “I had a lot of experience at being with children at various stages. And I enjoyed it, I loved it, but I said to myself, ‘There are way too many kids out there that don’t have someone to look after them and don’t have someone to be an advocate for them.’ I felt that I could be that person.” She became a teacher and then a camp director and hasn’t looked back since.

Making a difference in children’s lives is what Susan felt destined to do. In addition to working with children in her career, Susan says she’s extremely close to her nieces and nephews. They enjoy weekend visits at her home and she has the financial security to help their parents with expenses. Susan loves giving to them. As she put it, “When they visit me, I take excellent care of them, I lavish them, we have fun, and they have everything they want.”

We know from our interviews with hundreds of childfree women, some of whom appear in Maxine’s forthcoming film, TO KID OR NOT TO KID, that Susan isn’t alone. For these women, being a parent isn’t required for making a positive difference in a child’s life. Non-mothers’ roles as advocates, mentors, and friends to children are well documented. A survey of 1,000 non-mothers inspired by Savvy Auntie Melanie Notkin found that children play an active role in the lives of 80 percent of women who don’t have children of their own. Another study found that it’s common for aunts to spend money on the children in their lives and assist kids’ parents financially. In fact, in 2012 aunts spent an estimated $387 on each child in their lives. Three-quarters of them spent more than $500 per child. Despite aunties’ significant investments in children, and the New York Times’ feature last year on this segment of the market, advertisers have been slow to catch on.

Maxine is trying to rectify this. As a commercial director and filmmaker, she’s made the first Aunty commercial, released on April 17. The advert features Aunties who serve as “other mothers” to their nieces and nephews and celebrates the role of aunts in our community.

We hear proclamations all the time that it takes a village to raise a child and we know from childfree people’s own accounts that they are an important part of that village. As feminist writer Jessica Valenti notes, “ we need to start thinking about raising our children as a community exercise.” Non-parent figures are an essential part of that exercise. Research conducted for Big Brothers Big Sisters of America shows that having caring adults who are not their parents involved in their lives improves kids’ confidence, grades and social skills. Non-parents also provide needed support for parents.

Today, 15 percent of women in the U.S. will reach their 40th birthdays without ever having given birth. While these women may not have given birth, they have given to the children in their lives in significant ways, both emotionally and financially. Childfree Aunties’ contributions should no longer go ignored.

About Amy Blackstone and Maxine Trump

Amy Blackstone is professor in Sociology at the Margaret Chase Smith Policy Center, where she studies the childfree choice, civic engagement and workplace harassment. Her book Childfree by Choice comes out in June.
Maxine Trump has directed documentaries for TV networks from Discovery to Sundance and is author of the forthcoming book “Diving Into Documentaries” (Focal Press, 2018). Her previous feature film Musicwood, was a New York Times Critics' Pick. Maxine is in full production on TO KID OR NOT TO KID.

Ms. Muse: The Coffee Must Be Excellent and We Must Dance—to Defy Russia 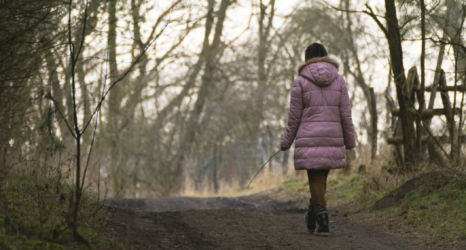 I Am Not a Slave to the Biological Clock