Success easily follow Irma McClaurin, black feminist activist, anthropologist, poet, leader, mentor and professor. A recent recipient of an award by the National Women’s Studies Association—an organization she helped transform into a shining example of women of color leadership, scholarship and activism—McClaurin is now committed to transforming history with the Irma McClaurin Black Feminist Archive, a collection she has spearheaded at her alma mater, the University of Massachusetts at Amherst.

“I’m in good company,” McClaurin says, noting that the papers of famed African American scholar W.E.B. DuBois are included in the special collection at Amherst, donated by his widow, Shirley Graham DuBois. This library “looks at the whole life of a person. They don’t just collect the work of DuBois but also the women who were part of his life.”

It is the documentation and preservation of whole lives that motivates McClaurin to build on what she began with the Black Feminist Anthropology. Edited by McClaurin, this collection created a legacy of black women working in the field of anthropology, from Zora Neale Hurston to her own scholarship. She is now seeking materials from black feminist activists and ordinary black women to comprise the archive at Amherst.

“I’m a first-generation college graduate,” McClaurin says, “and it occurred to me that if I died tomorrow, heaven forbid, my family who does not come from an academic background would look at my papers and say, ‘We just need to clean this up,’ and so much of my work would be lost. I think about those lost things as I’m doing research on Zora Neale Hurston…and hear the stories of how some of the papers they have of Zora are singed because she died indigent, and they used to burn the stuff of poor people.”

McClaurin not only laments the ways that so much of Hurston’s ethnographic field notes have been lost but also how major institutions such as the Smithsonian have excluded people of color.

“The Black Feminist Archive is a legacy project,” she explains. “I’m particularly interested in preserving the work of activists because they have been out there in the trenches and they’ve been giving speeches and this and that, but they haven’t taken the time (or been given the time) to sit down and organize this work.

They just do the work. And someone else comes along years later to say, ‘Oh this is what they were trying to do.’ The Black Feminist Archive is an opportunity for us to be the curators of our own history.”

Summoning everyday curators, McClaurin has spread the word on social media and presented at conferences, hoping to interest black women in sending their papers to her archive. McClaurin says she is also convincing black women, “‘Of course your work is worthy, and we must be intentional in preserving it.’ The Black Feminist Archive is a way to encourage black women to understand the labor we do—the academic labor we do—is valuable, whether it gets published or not. All those unpublished papers, those musings that you didn’t get to finish, those things will be preserved so that maybe someone else can come in with their research and lift them up and highlight them.”

The next phase of this project is a campaign to preserve materials which speak to the relationship between black women and their mothers to change the narrative of black motherhood.

“I want the Black Feminist Archive to be an archive of ordinary women,” McClaurin says. “The history of black women as slaves didn’t get archived. Other people came in and looked at superficial things and put words into their mouths, actions into their behavior and interpreted what they did, and we don’t know if they’re right or wrong… We need to be our own legacy makers.” 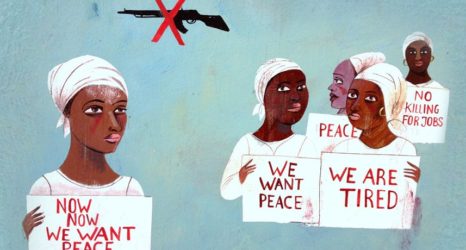 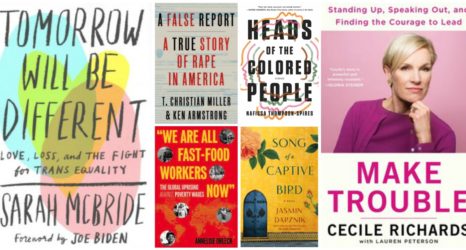