Order in the Courts: When Will the #MeToo Movement Reach the Judiciary? - Ms. Magazine
Skip to content

According to a study done by the Defense Research Institute, approximately 70 percent of women attorneys have experienced gender bias in the courtroom, and sexual harassment remains widespread in the judiciary system. Now, amidst the #MeToo movement, women attorneys and judges are fighting back. 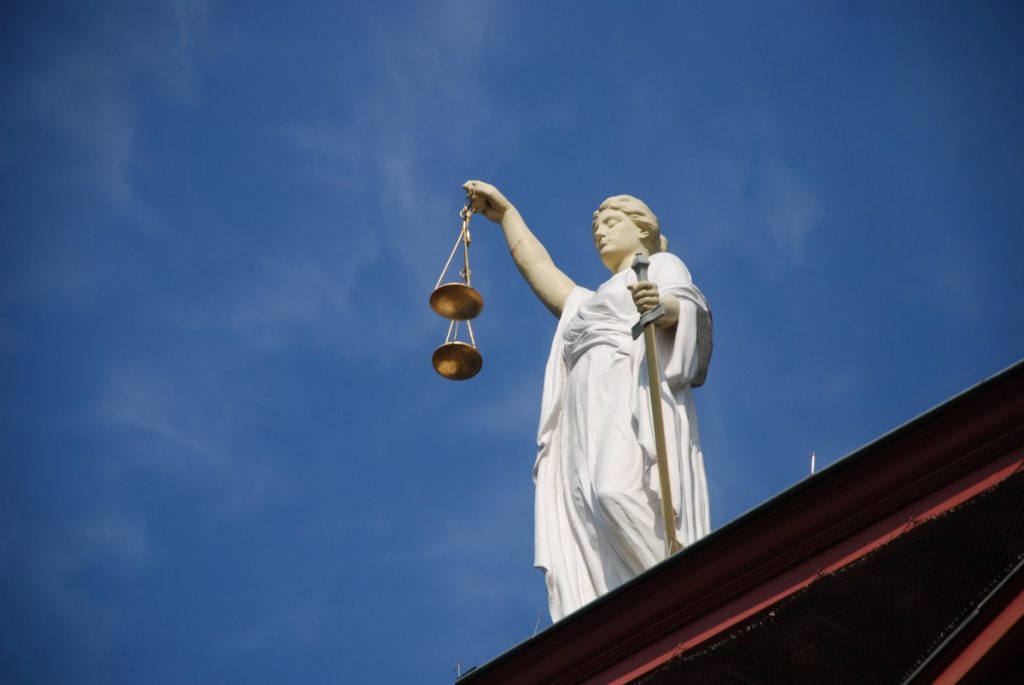 In August 2016, the American Bar Association finally took action against sexism in courts, prohibiting sexist remarks toward women in its professional code of conduct after a petition by female attorneys demanded an end to an era of being called “honey,” “sweetheart” or “darling” during trials. Yet even with regulation and punishments managed state-by-state, complaints have surfaced that such minor demands for respect limit a lawyer’s speech and somehow curtail their ability to successfully litigate.

But ending sexism in the courtroom will take much more than a code of conduct. The #MeToo movement’s explosion proved that sexual harassment was not an individual problem—it is a symptom of a larger cultural problem in which women are disregarded, disrespected and objectified no matter their role in society. Decades after Anita Hill’s infamous Congressional testimony about being sexually harassed by Clarence Thomas, the legal profession remains male-dominated—and unfortunately, the challenges she faced within it are as common as ever.

The ABA Journal reported that “an overall lack of gender diversity within the judicial system—in particular, an overwhelmingly male judiciary—the high costs of litigation, and certain legal rules to prevent disclosure… can all act as deterrents to victims seeking redress in our nation’s courts.” What it will take, in other words, to foster gender equality in courtrooms is what is required to end it elsewhere: seats at the table filled by women, and a willingness to evaluate how systems have failed them.

Currently, women control only 33 percent of all state and federal courts, with incredibly stagnant growth. Those women work within a structure built on a respect for, and obedience to, the governing ideas of our society—principles that have been constructed and controlled by select, white men. “The increased presence of women on the bench improves the quality of justice,” the National Women’s Law Center explains. “Women judges can bring an understanding of the impact of the law on the lives of women and girls to the bench and enrich courts’ understanding of how best to realize the intended purpose and effect of the law that the courts are charged with applying.”

The revere toward judges, both federal and state, can also make victims uncomfortable coming forward. Many fear doing so will damage their relations within the legal community. “When you come out of law school, and you start working for a judge, this is a judge who might have written opinions that inspired you to become a lawyer,” Jaime Santos, a Senate witness in the hearing against chief judge Alex Kozinski of the federal Ninth Circuit Court of Appeals, told NPR. Kozinski was forced into retirement after allegations surfaced that he had subjected 15 women to inappropriate comments and touching. “This is somebody who is deciding the rights for the most vulnerable people in the country and for the most powerful. And so, it’s very intimidating to go into a chamber and work for someone who’s used to kind of being the king of his own chambers.”

Increasing the presence of women in robes could be the key to changing the power dynamics holding those women back from telling the truth. Supreme Court of Ohio Chief Justice Maureen O’Connor, the first woman chief justice in the state’s history, is leveraging her own power in the judiciary to do just that by spearheading an effort to educate her peers on sexual harassment.

“I think the culture [of sexual harassment] is improving,” Chief Justice O’Connor told Ms. “The culture evolves with the evolution of more women in the practice and more women in positions of authority, so it begins to change the direction of the situation.”

On June 15, the Ohio State Bar Association and Supreme Court partnered to create a vigorous training course for judges and attorneys alike on the topic. The Continuing Legal Education (CLE) seminar, normally priced at approximately $300 per attendant, was free for Ohio attorneys to attend. It provided discussions of the current legal framework of how to address sexual harassment, training on how to prevent harassment and training on how to identify inappropriate work behavior.

“It just dawned on me this is a problem not only in private professions but in public and law offices,” O’Connor explained. “So why not have one training of everybody together, get the same message and learn other peoples’ perspectives? It is important to educate those within the judicial community to prevent sexual harassment in our courthouses and wherever law is practiced. Courthouses and law firms should be havens where all parties and employees should be respected and protected, not victimized by the individuals abusing their authority.”

O’Connor also stressed the importance of victims to document situations of sexual harassment. “That’s what’s so important, to understand what is and what is not offensive. And if it’s happening to you and there are other women who are similarly situated, inquire if they’re experiencing this as well. A lot of the time women who are being harassed just say ‘you know what, I’m quitting. I don’t want to deal with this and I’m going to move on,’ and that’s unfortunate because the firm might be losing a very valuable employee needlessly. So it’s pretty hard to argue against when you have documentation. And talk to an employment lawyer!”

As the #MeToo movement shifts understandings of gender, power and work across the country, actions have been performed all the way up to the highest court in the land. Chief Justice John G. Roberts Jr. earlier this year created a committee to determine the effectiveness of the branch’s disciplinary procedures toward claims of sexual harassment and whether the system takes satisfactory steps to follow. The group’s formation has brought light onto hypocrisy in the judiciary; how accused judges are provided an attorney, have the right to be present during the disciplinary hearing, and granted to present testimony and witnesses. The same rights are not provided to the victim. Reformers have advocated for sexual harassment cases be moved to a different side of the country so close colleagues are not at the helm of making the verdict decision. But without core reformating of the balance of authoritative presence of women in the courtroom, without women allies behind the bench, will there ever be a “satisfactory” response?

The women in robes are the main artery driving the culture change in the courtroom. And thus, it is so ruled: enough is enough.

Eleanor Salsbury is a former editorial intern at Ms.