Celebrating Inspiring Women in Sports (and the Girls Looking Up to Them, Too) - Ms. Magazine
Skip to content

The Women’s Sports Foundation, one of the largest public grant organizations for female athletes in the U.S., was established in 1974 with a focus on girls’ access and equity in sports and education. 44 years later, student athletes could hardly contain their excitement walking alongside the first African American female coach of a NFL team; WNBA champions; medalists in fencing, gymnastics, lacrosse, swimming, sumo wrestling, sailing, bobsledding, badminton and other sports as the group honored star female athletes at a champion-packed gala in New York City.

WSF’s support was pivotal in the careers of many of the women who took the stage during the 39th Annual Salute To Women In Sports And The Girls They Inspire Awards Gala in October. Travel grants from WSF helped dozens get to the Olympics, and the mentorship program provided them with new opportunities when it was time to retire.

“It’s personal to me, because I received a grant when I really needed it, when I was 12 years old,” world champion figure skater and Olympic medalist Michele Kwan told Ms. “My parents had struggled to make ends meet and I received a travel and training grant which enabled me to buy used boots and for my parents to travel with me. Being [here tonight] brings back who you’re thankful for; all that gratitude and passing it along.”

Aleeyah Marrero, a rower at New York University, shared her appreciation for the foundation’s role in bringing sports to her community. She spoke candidly to the crowd about life as an African American woman in rowing, and how she responds to the confused looks her white competitors sometimes give her. “Yes, black girls can row,” she says joyfully. “We do that too!”

The room buzzed with applause for the night’s major award winners and visionary tennis legend and human rights advocate Billie Jean King, who started the foundation in 1974. There was no doubt that King’s vision and generosity was responsible for many of the milestones mentioned on stage—and that the first female athlete to win the Presidential Medal of Freedom was far from finished.

“I’m always [thinking] ahead, I’m a perfectionist,” King exclaimed. “As long as I’m still in good health, god willing, I’ll keep going!” (In the same breath, she noted that women athletes are still discriminated against, and over 300 million dollars behind on funding allocations in high school and college.)

On the red carpet, athletes rattled off the benefits of sports like character-building, disease prevention, problem-solving and cultivating discipline. They said the lessons they learned on the court remain applicable in their daily lives. Their anecdotes echoed finding that women in sports are more likely to become executives and tend to advocate for themselves, earning higher wages out of high school. In a country where one in three 12th-grade girls is dissatisfied with her body, sports and regular activity have been proven to improve girls’ feelings about themselves, which can help combat eating disorders, depression and low self-esteem.

Newscaster Mary Carillo, who emcee’ed the event with Julie Foudy, declared that she loves covering sports because she is in awe of the athletic heart. “Resilience is such an important part of the human spirit,” Carillo told Ms. “Athletes just have to keep getting up every time.”

The WSF named two Sportswomen of the Year at the ceremony. Maddy Rooney, the 20-year-old Olympic hockey goalie who literally bent over backwards to save her team—and led the U.S. to its first gold medal victory since 1998—won for team sports. Oksana Masters, the Paralympian skier who won two gold medals with a broke elbow, was awarded as an individual. Masters used her acceptance speech to highlight strides for equality; reminding attendees that just last month, the U.S. Olympic Committee announced that Paralympian medalists will be awarded the same prize money as Olympians. The new policy starts retroactively with the 2018 Olympics.

Caster Semenya—the two-time Olympic medalist and 800-meter distance runner who fought back when she was subjected to gender testing without her consent—was awarded the WSF’s 2018 Wilma Rudolph Courage Award. Semenya began her career running barefoot in South Africa. In the years since, she has endured unrelenting scrutiny on the world stage for having naturally high levels of testosterone. Semenya continues to lead the fight for gender equity in sports as her case is being reviewed by the Court of Arbitration for Sport. At the gala, WSF leaders expressed solidarity with her cause stating she should be able to compete the way she was born. Semenya thanked them for their support and sent warm wishes to Billie Jean King for her 75th birthday.

The event was the living embodiment of King’s stance that with leadership and representation, “you gotta see it to be it!” Athletes of all races, sizes and nationalities offered nuanced representations of female power as they stood shoulder-to-shoulder in elegant dresses and perfectly tailored suits. From the young Nepali striving to become the first female golfer from her country to a softball home run champion from the midwest, young girls watching the event on the live stream at home had a chance to see their dreams reflected.

“We need to keep working toward equality in every way,” King told Ms. at the event, “whether it be in the workplace, in the schools. We’re still second class citizens as women—particularly women of color and women of different abilities. We need inclusion. We need everyone to have a level playing field, to have a great chance to be the best he or she can be.”

All night, waves of applause went to anything that felt like a step in the right direction, whether it was equal pay for Paralympians or event sponsorships from mainstream brands like Gatorade and NBC sports. It happened when Foudy and Carillo mentioned there was originally supposed to be a third host (Jessica Mendoza, a gold medal softball player and current ESPN broadcaster) who had to cancel last minute to cover the baseball playoffs instead. When the audience heard that Mendoza was spending the night working as a sportscaster on a national, traditionally male, platform, they weren’t offended that she didn’t make it. They applauded, loudly. “That’s what this is all about!” Carillo said.

The cheering came from a room full of women who know how to celebrate incremental progress—all the while never letting larger goals out of their sight. 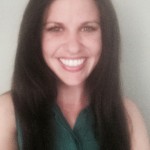 Emily Sernaker is a writer and human rights professional. She holds a MSc in Equality Studies from University College Dublin and MFA from Pacific University. She lives in New York.