On March 18, the founder of the WP Theater—formerly known as The Women’s Project—Julia Miles passed away after a long life of mentoring and producing work in the theatre industry for and by women.

Miles passed away in the afternoon of March 18 at the age of 90, after a decades-long career in the theatre industry advocating for women+ artists.

Before founding WP in 1978, Miles worked as the artistic director of The American Palace Theatre, an off-Broadway theatre dedicated to producing work by new writers.

After realizing how few of the new works being produced were written and directed by women, she created The Women’s Project under the umbrella of The American Palace Theatre with a grant from the Ford Foundation.

For a little under ten years, The Women’s Project operated in the basement of The American Palace Theatre before finding its own space.

Since then, she helped found The League of Professional Theatre Women and Julia’s Reading Room, a supportive space for directors, writers and producers to share their work over snacks in an intimate and collaborative environment.

LPTW’s mourned Miles’ passing with a press release, which included a quote from Gail Kriegel and Maxine Kern:

“Julia’s Reading Room was a way to get feedback, to network and to make friendships. Julia was the one you could count on to be spot on about what worked and didn’t work in the script. We will never forget her and we were proud to have worked with her.”

You would be hard-pressed not a find a playwright or director in New York City that hasn’t been touched by her mentorship of women artists, numerous programs or WP Theater.

However, often the administrators and those who support the work of other artists are unacknowledged for the work they do to push the boundaries of the art form and advocate for those they believe are making work that deserves to be produced.

As a result, Miles’ tireless encouragement and creation of opportunities for women+ artists are that much more extraordinary.

Playwrights, actors, and directors have already found creative ways to host workshops online and create their own, virtual versions of Julia’s Reading Room. Theatre organizations have also been announcing online streams of productions that were previously unavailable to the general public.

Miles and her dedication to making work can be a model for all of us searching for ways to continue to make work and find collaborators in trying times. 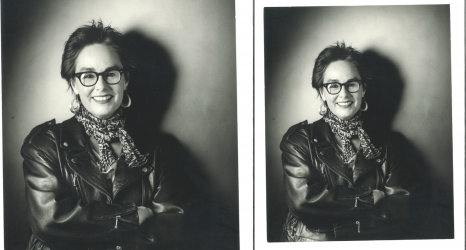 Six Things Feminists Should Know About the War on Drugs
The Ms. Q&A With Ani DiFranco: “You Have License To Be All the Aspects of Yourself and To Be Unashamed of Them”
Why Women Need the Paycheck Fairness Act