We Heart: Ida B. Wells, Suffragists to be Honored in Photo Mosaic at D.C.'s Union Station - Ms. Magazine
Skip to content

“Our Story: Portraits of Change” is an interactive photo mosaic and art installation depicting a portrait of suffragist and civil rights activist Ida B. Wells—on display in Union Station in Washington, D.C., from August 24-28.

The 1,000 square-foot mosaic will be displayed on the marble floor, assembled from thousands of historical photos of suffragists, with each image telling its own story about the fight for women’s right to vote.

For those who cannot make it in person, an interactive online version of the mosaic is available for visitors to explore photos and learn more about the suffragists depicted.

Created by artist Helen Marshall of the People’s Picture, commissioned by the Women’s Suffrage Centennial Commission, and produced by Christina Korp, Purpose Entertainment, “Our Story” commemorates the 100th anniversary of the 19th Amendment and women’s right to vote in the United States.

“One of my favorite quotes from the suffrage movement comes from the newspaper The Revolution. Its motto was ‘men their rights and nothing more, women their rights and nothing less.’ This quote captures the spirit of the decades-long suffrage movement, and with her leadership in the fight for suffrage and civil rights, Ida B. Wells is the perfect example of someone who would settle for nothing less than full justice and equality,” said Anna Laymon, executive director of Women’s Suffrage Centennial Commission.

As the starting location of the suffrage “Prison Special” tour in February 1919, Union Station in Washington, D.C. played an important role in the American suffrage movement. The “Prison Special” was a train tour organized by suffragists who had been jailed for picketing the White House in support of the federal women’s suffrage amendment.

In February 1919, 26 members of the National Woman’s Party boarded a chartered train they dubbed the “Democracy Limited” at Union Station. They visited cities across the country, where they spoke to large crowds about their experiences as political prisoners. The tour, which concluded in March 1919, helped build support during a critical moment in the movement.

“I am beyond grateful to have enjoyed so many of the choices brought to me by the generations of women before me,” said artist Helen Marshall. “I see this artwork as a truly international commemoration, and I hope that many will enjoy it in person and exploring in its full interactive glory online in the safety of their homes.”

The final artwork of “Our Story: Portraits of Change” will be unveiled at Union Station in the Main Hall on August 24. The photo mosaic will include thousands of archival photos telling the story of the suffrage movement. 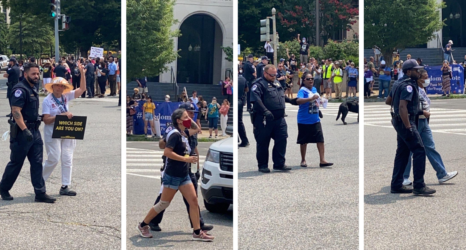 “A Season of Action”: Women at Center of Fight to Protect Voting Rights Step Up to Save Democracy 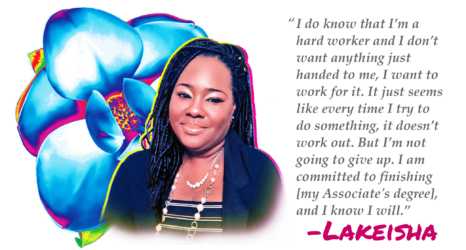 Front and Center: “Magnolia Mother’s Trust Was So Important in Getting Me Through Those Months Last Year,” Says Guaranteed Income Alumna and Mother

Women Athletes Are Still Being Disrespected—On and off the Field
Women in Academic Medicine Wait for Our #MeToo Moment
We Keep Hearing About The Labor Shortage. How’s That Working Out For Women Over 40?