Across Latin America and the Caribbean, women land defenders each carry their own stories of persecution and violence. But a transformative multilateral agreement—the Escazú Agreement—could provide a promising path forward.

Patricia Gualinga is surrounded by a burgeoning rainforest as she zooms in to participate in an online forum. While her image appears slightly out of focus as she calls in from her remote location in the Ecuadorian Amazon, her words, courage and determination transmit crystal clear:

“We have been criminalized, we have been persecuted, many times threatened and sometimes murdered. This has to stop because our country and the world needs to be conscious that our fight is not an isolated fight of the environmental defenders or the Indigenous peoples. It is a fight that allows the world to survive.”

“The fight of Indigenous peoples to have a healthy environment is something that needs to be visibilized. We are here, we are alive and we will still be fighting.”

Latin America is one of the deadliest regions for environmental land defenders. In 2019, of those officially recorded, 212 land and environmental defenders were murdered—with over two-thirds of killings taking place in Latin America. Combined with entrenched colonial and patriarchal policies, individuals threatened are often Indigenous peoples and Women Environmental and Human Rights Defenders (WEHRD).

Frontline and Indigenous women are frequently the backbones of their communities, knowledge keepers of biodiversity and forests, and leaders in resistance efforts to defend their lands. Unfortunately, the threats experienced by Gualinga are not unusual. Across Latin America and the Caribbean, women land defenders each carry their own stories of persecution and violence.

In Bolivia, Quechua leader and environmental activist, María Luisa Rafael has experienced attacks and threats from the government, local miners, and even some of her own family members.

For years, Rafael has been advocating to protect local waterways, Lake Poopó, and her ancestral homelands from further toxic mining pollution. She is tired, but continues to speak out against corporate environmental destruction:

“If we lose water in our communities, we lose everything. We can’t eat metal, or mining, or silver, or gold. We are killing our life. The worry that I have as an environmentalist is how long are we going to be in this struggle. As a woman, as a leader, I feel worried, and I don’t want to stop struggling, but I’m tired. I need help to continue struggling in this life. What can I do for my children and my grandchildren? That’s my major concern.”

With mining and deforestation soaring, many women land defenders are considering what the future holds for upcoming generations. Indigenous land defenders are the first line of resistance against extractive industries, the climate crisis, pandemics, and environmental degradation— protecting our planet for current and future generations.

And, it should be noted that 80 percent of the biodiversity left on the Earth exists within the territories of or is maintained by Indigenous Peoples.

The Escazú Agreement: Protection of Natural Areas and Indigenous Rights

The protection of natural areas goes hand in hand with Indigenous rights. Yet largely, there has been a lack of political will at the national and international levels to implement policies and frameworks that ensure the rights and protection of environmental defenders, including their access to decision making, public information, and justice mechanisms. However, the good news is there is a unique and transformative multilateral agreement that could provide a promising path forward.

In 2018, countries of Latin America and the Caribbean heeded the calls of civil society and adopted the Regional Agreement for Access to Information, to Public Participation an Access to Justice on Environmental issues in Latin America and the Caribbean (LAC)—also known as the Escazú Agreement. The Escazú Agreement is a precedent-setting multilateral accord guaranteeing access rights on environmental matters, and the explicit protection of human rights and environmental defenders.

Grounded in Principle 10 of the Rio Declaration of the Earth Summit of 1992, the Escazú Agreement is a legally binding document that does not allow any revisions by ratifying countries and takes into account vulnerable populations and environmental defenders as a central focus. Several studies have shown that the most effective ways to protect biodiverse regions is to protect the rights and sovereignty of Indigenous peoples.

By protecting the rights of Indigenous land defenders, the Escazú Agreement is a mechanism that can reinforce efforts to stop environmental degradation and human rights violations.

During the development of the Escazú Agreement, H.E. Ms. Patricia Madrigal Cordero, the ex-vice-minister of Environment for the Republic of Costa Rica, worked to ensure the inclusion of rights-based language in the accord. During a recent forum, she explained her past advocacy:

“We can be defenders for our whole life, or for a cause, or for a specific period of time, a specific place, or a national struggle, but in the end, the Escazú Agreement asks states to guarantee that [environmental activism] can be carried out in a safe way. On the issue of human rights defenders, not only should we guarantee safe and suitable space, but also prevent their criminalization.”

The Escazú Agreement was adopted two years after the murder of Honduran environmental activist, Berta Cáceres, and at its core, the accord carries the dedication and spirit of women’s defense of the land. The Agreement aims to carry on the legacy of Berta Cáceres as well as the struggles of thousands of land defenders, particularly women, across the LAC region that stand up against extractivism and injustices.

In a region hard hit by COVID-19, where femicides, domestic violence and economic insecurity are on the rise, we are witnessing women from all generations take to the streets and courtrooms to fight for collective liberation and environmental protection.

To enter into full force, the Escazú Agreement needed 11 ratifications—a legal process that differs from adoption.  On Nov. 5, Mexico became the 11th country to ratify the Escazú Agreement, and countries can now start the process for it to enter the implementation phase across Latin America and the Caribbean.

Signatories and ratifying countries will convene a Conference of Parties to discuss financial provisions and rules of procedure moving forward. Years of organizing by Indigenous communities, environmental, women and human rights activists, and policy makers in the LAC region and internationally have finally come to fruition.

Women are not only leading the fight for environmental and climate justice and progressive environmental  policy, but are also the visionaries of alternatives and solutions at this critical time of multiple expanding crises.

With a proper implementation of the Escazú Agreement, no more women land defenders will be violently censored, and instead their voices will lead us to the healthy and just world we seek.

Quotes have been translated and edited for length and clarity. 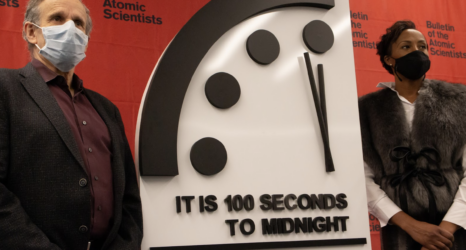 It’s 100 Seconds To Midnight! Can We Reverse The Doomsday Clock? 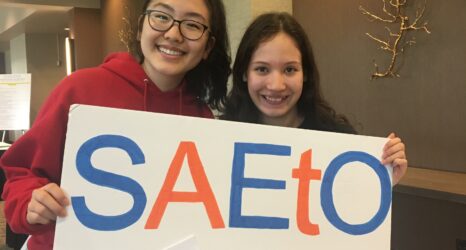