Did March Make You Mad? Inequity in Sports Is Year-Round for Trans Girls - Ms. Magazine
Skip to content

It is telling that the only time people choose to “defend” women’s sports is when they use faulty, outdated logic to manufacture a problem around trans girls participating in sports.

As an avid sports fan, I was excited to have March Madness back this year. Still, I am discouraged by our lack of commitment to women’s sports—as indicated by the NCAA’s recent blunders regarding women’s workout facilities, and even more so by state legislators’ efforts to exclude transgender athletes from sports. While seemingly unrelated topics, they indicate our failure to understand the insidiousness of our reductive and stereotypical beliefs about women and gender.

Recently, the NCAA faced pressure on several fronts because of a viral TikTok by current Oregon women’s basketball player, Sedona Prince. The video shows the insufficient weight room facilities given to women’s teams who made the NCAA basketball tournament, which were vastly different than the accommodations provided to the men’s teams.

The NCAA’s lack of leadership on this issue is not just a failure of governance; rather, it is a symptom of our societal devaluation of women athletes. Sociologists have long studied the role of sports in shaping our beliefs about masculinity. We also know that women athletes face discrimination in both news media, where they are poorly represented, and in the institution of sports, which we clearly see in the weight room facility incident. This recent indiscretion by the NCAA is just another example of the mistreatment that women endure in sports.

Our collective failure to support women’s sports matters, and it would be a mistake to assume this only a problem within the NCAA. When we fail to show up for women in sports in March, when millions are watching, then we are also likely to fail to support them when the cameras are off. This is exactly what is happening now.

Instead of addressing real barriers to athletic participation for women, legislators in states across the country are pushing about 35 bills that propose banning trans athletes from sports. Each of these bills attempt to address a fabricated issue about trans athletes by promoting bigoted and harmful opinions about sex and gender.

The beliefs that cisgender women are “naturally” weaker or less athletic than transgender girls, that trans women are “invading” women’s sports to gain an advantage, and that all men and women are defined by their reproductive anatomy are not only incorrect but also suggest harmful and reductive beliefs about gender. Trans women do not pose a threat to women’s teams, but these legislators are certainly a threat to transgender girls and all transgender athletes.

The fear that motivates legislators about transgender athletes is misplaced. We know that trans women and girls are far more likely to be victimized in their schools and by their peers. While these realities are startling, violent attacks are worse for trans women of color. These bills are yet another indication of the kind of discrimination that transgender girls are forced to face.

We too often conflate sex with gender, despite the preponderance of historical and cultural examples, as well as research, that indicate otherwise. Sex does not determine gender. When we frame athletic opportunities with misinformation about the relationship between sex and gender, we hurt transgender women and reaffirm beliefs about gender that are harmful for everyone.

It is telling that the only time people choose to “defend” women’s sports is when they use faulty, outdated logic to manufacture a problem around trans girls participating in sports. Elite women’s college basketball players cannot even be assured that they will have equal access to resources needed for training by the very organization responsible for providing these opportunities, but elected officials do not speak up in response to real issues like this. Motivated by stereotypes and inaccurate beliefs about sex and gender, they are almost singularly focused on excluding trans women and girls from sports. Both the incidents with the NCAA and these anti-trans athlete bills are problems, and we all must challenge the status quo that keeps all women from participating equally in sports.

As a women’s college basketball fan and as a staunch ally to the transgender community, I cannot help but see how these two issues indicate our inability to provide equal opportunities to all athletes. Rather than concoct problems for women’s sports, as nearly half of our states are currently doing with these anti-trans athlete bills, we must reassess how we are supporting all women athletes at every level of the game and adopt standards that welcome everyone who wants to play.

Mairead Carr is a Ph.D. candidate in sociology at the University at Albany–SUNY, where she also holds an MA in women’s, gender and sexuality studies. She is an avid sports fan and passionate about equity in sports, education and health. 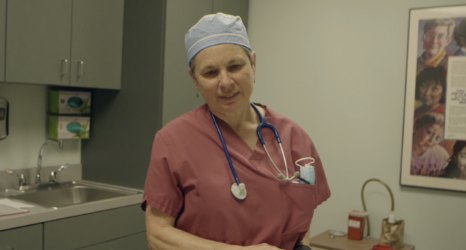