A few years ago, I co-authored an essay with a Republican state legislator who opposes abortion. We wrote:

“When it comes to reproductive health, there aren’t many issues on which the two of us—a heartland conservative and a pro-choice New Yorker—find common ground. Yet one policy priority has enabled us to skirt partisan rancor: periods. For our part, we’ve each played a role in making the issue a matter of domestic policy, starting with eliminating the so-called tampon tax. It is a relatively simple argument that has come to pack a big political punch.”

As a dedicated menstrual equity advocate, it has been my hope and goal that advancing policies to ameliorate period poverty would do double duty—simultaneously educating political leaders, the media and the general public about the mechanics of menstruation. To me, the fight has never been solely about ensuring affordable, accessible menstrual products—but also giving a public platform to elevate the very ways our bodies function.

Yet there continues to be a visible, troubling disconnect in our collective literacy and recognition of the menstrual cycle—especially vis-à-vis the way we frame early pregnancy and abortion. Case in point: When Texas Gov. Greg Abbott spoke to the press about his supportive signature on S.B. 8, the new law that all but obliterates the constitutionally protected right to abortion in the state, he remarked:

“[O]bviously it provides at least six weeks for a person to be able to get an abortion.”

He is 100 percent wrong. A “six-week ban” on abortion is emphatically not the same as a six-week window to obtain one. A quick 101: Pregnancy is measured by the date of the last menstrual period, also called “LMP.” This is a medical term, not just a day circled in red on the calendar. The pregnancy clock has already started ticking before the moment of conception.

To underscore, for those whose cycles are a perfect 28-day rotation, a person is four weeks pregnant on the first day of a missed period, thereby allowing a mere two weeks to obtain an abortion—a sliver of a window even for the most resourced among us. For those whose cycles are longer or irregular or who have intermittent bleeding—read, the vast majority of us—LMP is an almost meaningless metric. (I say this as someone who conceived while breast-feeding an older infant; in my case, LMP was well more than a full year prior!)

A “six-week ban” on abortion is emphatically not the same as a six-week window to obtain one.

And for those who live in places where abortion and other health care services are few and far between—or are subject to hurdles imposed by legislatures like mandatory waiting times, or just the economic and logistical challenges of daily life—that two-week timeframe is a legally-proscribed impossibility.

Unfortunately, Gov. Abbott is not alone in his ignorance. Too many regular Americans are quick to think exactly what he said out loud when they hear “six-week ban.” This is dangerous for Texans right here and now, but also makes other unconstitutional bans on abortion, like the one in Mississippi that outlaws all abortions after 15 weeks, to be heard by the U.S. Supreme Court this term, sound generous by comparison.

Unfortunately, Gov. Abbott is not alone in his ignorance. Too many regular Americans are quick to think exactly what he said out loud when they hear “six-week ban.”

There’s already pushback to usage of false and fabricated language to define abortion. As Carrie Baker wrote here at Ms. about the phrase “fetal heartbeat bill,” S.B. 8’s other alias: “This framing is based on junk science.” And yet, major news outlets—the New York Times, LA Times and USA Today among them—all have repeated this trope in recent weeks.

Other legislative verbiage that smacks of junk science occurs in mandates for “fetal funeral” provisions, whereby a state regulates oversight of the disposition of fetal remains; these bills implicate not just abortions but also spontaneous miscarriages, some of which are never even detected—technically, one could be subject to criminal penalties for what was otherwise thought to be a late or heavy period.

These may well be the result of sheer obliviousness—though more likely part of the deliberate punitive intent of these laws. Either way, our ability to call out misguided menstrual science and math is an imperative advocacy strategy.

As for the “six-week” moniker, while medically accurate, it is far from neutral shorthand. Beyond checking and changing the language wherever we can—though I realize that “two-weeks-at-most ban” is a mouthful—we can and must beat the drum on menstrual fluency as a way to fight this wave of unsound, unconstitutional restrictions on abortion. 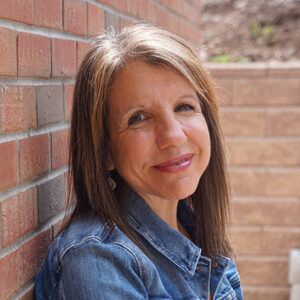 Jennifer Weiss-Wolf is a lawyer, fierce advocate for and frequent writer on issues of gender, feminism and politics in America. Dubbed the “architect of the U.S. campaign to squash the tampon tax” by Newsweek, she is the author of Periods Gone Public: Taking a Stand for Menstrual Equity, which was lauded by Gloria Steinem as “the beginning of liberation for us all,” and is a contributor to Period: Twelve Voices Tell the Bloody Truth. She is also the women and democracy fellow at the Brennan Center. Find her on Twitter:@jweisswolf.