openDemocracy’s “Tracking the Backlash” investigative journalism program uncovers the organized opposition to sexual and reproductive rights from the religious right and other ‘anti-gender’ movements.

The United Nations’ 16 Days of Activism against gender-based violence, observed between November 25 through December 10, sheds a light on the rising violence against women worldwide. The theme “Orange the World: End Violence against Women Now!” was set by the U.N. Secretary-General, who has called for a global ceasefire on a “horrifying global surge in domestic violence” exacerbated by the pandemic.

Launched in 2017 by Claire Provost, the U.K.-based openDemocracy’s (oD) feminist investigative project “Tracking the Backlash” investigates organized opposition to sexual and reproductive rights from religious right, far-right and other ‘anti-gender’ movements. The program is in lockstep with both the U.N.’s campaign and oD’s other on-the ground reporting across the U.K., Uganda, Armenia, Italy, Portugal, Georgia and the U.S.

Freelancers can apply to join the “Tracking the Backlash” team by sending pitches on organized threats to human rights and democracy. Those accepted are connected to journalists worldwide to discuss, refine and execute investigations. Payments are competitive and based on the workflow—oD provides support and resources for story fees, travel expenses, editing, fact-checking, legal and digital security advice.

Founded in 2001, oD is an independent 60-member team global media organization headquartered in the U.K. with journalists and editors worldwide. Aiming to challenge power and inspire change through high-quality reporting and analysis and foster democratic debate, oD covers our world’s most pressing issues.

Tatev Hovhannisyan, oD’s Europe and Eurasia editor, joined the “Tracking the Backlash” project last March as a fellow, investigating the health impacts of organized opposition to women’s and LGBTIQ rights. Based in Armenia, she has over 10 years of experience, six as an editor, with leading media outlets Civilnet and Mediamax­.

Her first project on COVID misinformation revealed how U.S. taxpayer money paid for a website in Armenia to spread COVID-19 conspiracy theories. The investigative article, cited over 70 times including in BBC Russia, AFP, Voice of America and Radio Free Europe/RadioLiberty, proved journalism’s impact when the U.S. ambassador to Armenia announced the embassy cut its funding to the website.

In an interview with Hovhannisyan, we discussed the critical value of the “Tracking the Backlash” project in challenging controversial issues in a polarized world with diminishing women’s rights.

Jackie Abramian: Tell us the reasons you are involved in “Tracking the Backlash” project.

Tatev Hovhannisyan: Growing up in a patriarchal society, witnessing gender inequality examples in many aspects of daily life, I know that gender equality is not only a fundamental human right but a necessary foundation for a peaceful, sustainable world. So is journalism—it is a powerful commentary on human rights. Unfortunately, these topics are still taboo across the post-Soviet region and those who dare to discuss or defend women’s or LGBTIQ rights and other such “European values” are labelled as “foreign agents.”

Hovhannisyan: For fulfilling its democratic function, journalism must expose threats to women’s health. But unfortunately, women’s rights are not on journalists’ investigative agendas enough. When it comes to investigations, women are mainly focused on international finance and big business. We need more women, LGBTIQ people and people of color to produce news stories and drive media agendas.

That’s why feminist investigative journalism is an urgently needed corrective to media industries that have long excluded diverse voices.

For fulfilling its democratic function, journalism must expose threats to women’s health. But unfortunately, women’s rights are not on journalists’ investigative agendas enough.

Abramian: Why is “Tracking the Backlash” project critical to journalism?

Hovhannisyan: Our 15 feminist investigative journalists produce ambitious, cross-border journalism and impactful storytelling that challenge sexism, homophobia and racism worldwide—and in the media. We investigate organized threats to human rights and democracy, building a more inclusive media ecosystem. If we change the media, we change the debate.

And it’s important to work with women and LGBTIQ journalists worldwide to strengthen their skills and confidence and create a more inclusive, international media ecosystem that prioritizes and gives voice to those excluded from other media. Since our launch, we’ve collaborated with dozens of freelance and staff journalists worldwide and in 2020 our findings were cited over 400 times in global media outlets, including the Guardian, Al Jazeera, and Reuters.

Abramian: What types of cross-border investigative pieces has your team produced?

Hovhannisyan: One of the important investigations in health-related misinformation, is our nine-month-long investigation into a global network of ‘crisis pregnancy centers’ we published in February 2020­—backed by Trump-linked U.S. Christian right groups. To our knowledge, this was the largest, most ambitious global reproductive rights investigation, spanning across 18 countries.

One of our major investigations into sexual and reproductive health and rights (SRHR) misinformation published recently revealed how doctors on four continents, supported by U.S. Christian right activists, provide women with “dangerous,” unproven treatments that claim to ‘’reverse’’ medical abortions. The ‘Abortion pill reversal’ (APR) involves high doses of progesterone, a hormone, following the first of two pills used for a medical abortion—a procedure not approved by medical authorities in any of the investigated countries.

The only medical trial into APR halted in 2019 after some participants were hospitalized with severe hemorrhaging.

Undercover reporters contacted a 24-hour hotline run by Heartbeat International that connected them to local doctors worldwide who offered prescriptions by phone or email, claiming the treatments are safe, suggesting women to go to emergency rooms if they had complications. No ultrasound, no follow-up, no responsibility for the prescribed treatment.

The consent form our undercover reporters received from these doctors, stated they understand APR is an “off-label use of progesterone” encouraging users experiencing pain to “seek emergency medical care immediately.” Women’s health and rights activists and parliamentarians condemned the doctors involved in these activities for using women as “medical guinea pigs.”

It startled me that European doctors provide unproven, unethical treatment on the most progressive continent. Thankfully, our efforts were not in vain: following our findings, the U.K. medical regulator has taken action against a doctor providing this treatment, preventing him from practicing medicine unsupervised, pending further investigation.

This is of great significance, given the global scale of health-related misinformation targeting women—the U.K. regulator’s action is a rare case of authorities stepping in to protect women.

I encourage all women to speak up. If you see any threat to your health or rights, or have questions about our investigations, send me an email at tatev.hovhannisyan@opendemocracy.net.

Hovhannisyan: Women journalists are particularly impacted by attacks, notably online. According to UNESCO’s recent discussion paper, 73 percent of the women journalists surveyed said they were threatened, intimidated and insulted online in connection with their work.

Online attacks have become more visible and coordinated, particularly with the worldwide rise of nationalism. Extremists and online manipulators use physical and social media strategies against women journalists and media workers to intimidate, discredit and sow disinformation. This is a direct attack on freedom of expression worldwide intending to silence women’s voices and their stories.

Nearly one-third of the women surveyed said threats affected their mental health, some experienced PTSD. A third of female reporters censored themselves after the attacks.

The mental health of journalists must be at the center of media managers’ attention as we strategize to help journalists cope with the stress and prevent burnout. I’m currently being trained so I can help my staff and other journalists.

To expose wrongdoing, our reporters have gone undercover in many countries—from Italy to Uganda. There is always a risk with the methods we use and the actors we write about. Since many of our women and LGBTQ staffers/freelancers work in countries where their rights are increasingly under threat from government or political players, it’s our duty to carry out the type of work we do, considering the intensity of threats against women and LGBTQ rights globally, and the public’s right to know.

Abramian: What’s the state of journalism and freedom of press and expression in the next decade?

Hovhannisyan: I think that accountability journalism will be tougher as politicians take advantage of concerns about misinformation to tighten restrictions on freedom of speech. And all forms of attacks on journalists and other media actors, therefore, constitute attacks on democracy itself.

To hold governments accountable, democratic nations must provide a safe environment for journalists to be a “watchdog” and exercise their fundamental rights to do their job. Newsroom management and others should better support freedom of expression and the work of journalists and media workers worldwide.

Jackie Abramian is a social enterprise advisor and board member, committed to amplifying the work of women peace-builders, change makers and social entrepreneurs, empowering girls and women’s equity worldwide, ensuring they have a seat, or two, at the table and are on “the menu” during all negotiations. She’s a member of International Coalition for Democratic Renewal (ICDR) Working Group on Women, Democracy, Human Rights and Security (WDHRS), a corporate communications strategist, and the founder of Global Cadence. Her columns and blogs have appeared in Forbes Women, Thrive Global, HuffPost, GritDaily among others.

Unanswered Calls: When Domestic Violence Is Seen as a “Nuisance” 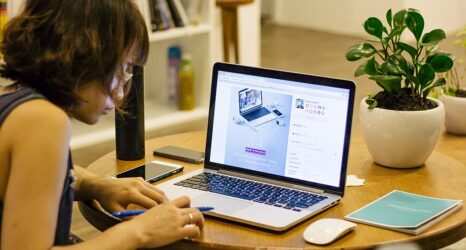