The politics of immigration and the politics of abortion will continue to collide as extreme lawmakers cynically trade the reproductive health of immigrant and non-citizen women for political gain.

Hostile state or federal laws that ban or restrict abortion and criminalize pregnancy outcomes could have yet another devastating impact: threatening eligibility for legal immigration status and undermining efforts to create more equitable and humane immigration laws.

State laws already have an outsized impact on immigration outcomes. Permission to enter or remain in the United States often turns on “admissibility,” and many people are found inadmissible based on state criminal convictions or arrests, even if the conviction was a misdemeanor or the crime was non-violent. Since 1996, thousands of people have been deported or denied benefits because of ancient criminal convictions or minor offenses, even if they never served a day in prison.

The intersection between criminal law and immigration law can often lead to uneven results, as what constitutes a crime such as fraud or theft or criminal traffic violation varies from state to state, as does the penalty. Consequently, depending on state law, eligibility for benefits such as asylum, legal permanent residence, and even citizenship can be denied when an immigrant has committed a serious crime or when they are found to lack “good moral character.”

State efforts to criminalize abortion could lead to instances where women may be denied immigration benefits or deported. Even without a conviction, an individual judge or other decision-maker’s personal views could lead to findings that an applicant lacks good moral character and therefore does not “deserve” a benefit.

Today, the mere threat of removal or of losing immigration eligibility already keeps many non-citizens and legal immigrants from accessing benefits, even for citizen children. And when the Trump administration expanded the definition of public charge, this fear escalated. Women without legal status in the U.S. are already afraid to leave the Rio Grande Valley because they must pass through Customs and Border Patrol checkpoints to reach other states that provide greater access to abortion.

State efforts to criminalize abortion could lead to instances where women may be denied immigration benefits or deported. Even with Roe, almost 1,200 women have been arrested under various state laws criminalizing abortion or other maternal behavior.

And, even with Roe, close to 1,200 women have been arrested under various state laws criminalizing abortion or other maternal behavior. Most recently, a Texas district attorney dropped charges filed against a woman who obtained a medically induced abortion, despite state law prohibiting penalizing a woman for having an abortion.

Thus, even where the threat of prosecution is remote, a new wave of abortion restrictions may further paralyze some women, causing them to forgo an abortion and other reproductive healthcare or risk an unlicensed procedure to preserve their immigration status.

The threat to undocumented immigrant women in federal custody is particularly acute because they are subject to the whims of the executive branch. In July 2021, the Biden administration directed Immigration and Customs Enforcement to refrain from detaining pregnant, postpartum or nursing women—a reversal of policies put in place during the Trump administration.

During the Trump era, the number of pregnant women detained more than doubled, leading to increased reports of inadequate medical treatment as well as shocking stories of denial of treatment that may have led to miscarriages and other serious harm. During this same period, the head of the Office of Refugee Resettlement denied pregnant teenagers access to abortion while in ORR custody, using spreadsheets to track personal data about their pregnancies, until a federal judge ordered an end to the restrictions.

A new wave of abortion restrictions may further paralyze some women, causing them to forgo an abortion and other reproductive healthcare or risk an unlicensed procedure to preserve their immigration status.

A court order and the change in administrations may have brought a more humane approach towards pregnant women, but federal law doesn’t adequately protect their access to reproductive healthcare right now, setting the stage for a future administration to restrict access even further.

A wave of new restrictions following the Dobbs v. Jackson Women’s Health Organization decision could also fan the flames of anti-immigrant sentiment and racial stereotyping.  According to AAPI advocates, that is already happening.  In their amicus brief in the  case, the National Asian Pacific American Women’s Forum and Asian Americans Advancing Justice point to the rise of laws prohibiting abortions based on sex-selection in states with growing Asian and Asian American populations.  State lawmakers blatantly raised anti-Asian stereotypes in arguing that Asians were more likely to use abortion because they preferred sons to daughters. The AAPI brief argued that an end to Roe would result in increased discrimination against AAPI women who would be subject to discrimination and racial profiling in their efforts to obtain reproductive healthcare.

The politics of immigration and the politics of abortion will undoubtedly continue to ricochet, one off the other, as ambitious and extreme lawmakers cynically trade the reproductive health of immigrant and non-citizen women for political gain. Stronger federal laws and clear policies that protect access to reproductive rights and bar adjudicators from basing any immigration decision on state criminal laws governing abortion are desperately needed.

A wave of new abortion restrictions could also fan the flames of anti-immigrant sentiment and racial stereotyping.

In the end, those very laws protecting immigrant and non-citizen women may be some of the most difficult to secure. Abortion and immigration are two of the most politically charged issues facing America today.  Only extremists benefit from this polarization, because they make it more difficult for the country to have an honest and heartfelt conversation about issues that matter so much and affect people in myriad ways.  Protecting all women, regardless of immigration status, should be our goal – not another wedge issue. 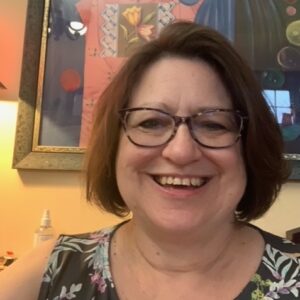