Nancy Pelosi (D-Calif.) announced last week she’ll be stepping down as speaker of the House when the new Congress convenes—though she’ll continue to serve as a member of the House.

It’s a bittersweet moment for the nation, for feminists, and for me personally. I’ve had the privilege of knowing Rep. Pelosi for more than 35 years. I’ve been in her home, and with her at too many events and meetings and marches and rallies and press conferences to count.

Pelosi is a staunch feminist, a tireless advocate for women’s equality and the rights and freedoms of all Americans. Her fierce determination and her ability to find a way forward when every path seemed blocked, will be hard to match. “Organize, don’t agonize” was her mantra.

She will be remembered for many things, including her role in securing passage of the Affordable Care Act, which expanded healthcare to millions. But looking back, I believe it was her powerful and principled leadership of the country through the nightmare of the Trump years that may prove most consequential. She never faltered.

The historic nature of her achievement as first woman speaker was all but ignored by the so-called mainstream press—neither TIME nor Newsweek put her on their covers, as had been their practice with each new speaker. But not Ms.

We were the first national magazine to put Pelosi on our cover when she became speaker the first time under the headline: “This is what a speaker looks like.” She always made herself available to Ms. whenever we sought an interview.

It was her powerful and principled leadership of the country through the nightmare of the Trump years that may prove most consequential.

Speaking on the floor of the House, Pelosi reflected upon her time in Congress, emphasizing the importance of preserving democracy in the face of recent threats.

“Indeed, American democracy is majestic. But it is fragile,” she said. “Many of us here have witnessed its fragility firsthand, tragically in this chamber. And so democracy must be forever defended from forces that wish it harm.”

Wearing white in an homage to the suffragists and early fighters for women’s equality, Pelosi noted how far Congress has come over the course of her 35 years in office: “When I came to the Congress in 1987, there were 12 Democratic women. Now there are over 90. And we want more.”

It was Pelosi’s determination and hard work—her focus on recruiting women to run and increasing the diversity of Democratic candidates—that has resulted in a Congress that better reflects the nation.

Quite simply, Pelosi was the Best. Speaker. Ever. 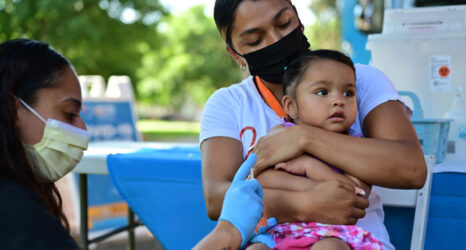