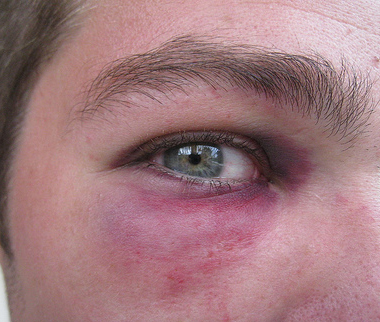 The U.S. Department of Justice recently made an important step in fixing our justice system’s approach toward same-sex domestic violence. The DOJ clarified [pdf] that the Violence Against Women Act (VAWA) is intended to protect individuals in gay and lesbian relationships as well as those in heterosexual ones.

VAWA, which was sponsored by then-U.S. Senator Joe Biden in 1994, has been crucial in establishing violence-prevention and victim-services programs like the STOP grants and Engaging Men and Youth Program, which function to protect victims of domestic violence, dating violence, sexual assault and stalking. The language used in VAWA is ostensibly gender-neutral–it refers not only to “spouses” (which legally means opposite-sex partners because same-sex marriage is unrecognized federally) but also to “intimate partners” and “dating partners,” which means “a person who is or has been in a social relationship of a romantic or intimate nature with the abuser.” But, as authors of a recent violence against women study report, the justice system has not sufficiently recognized or responded to violence that occurs in LGBT relationships:

Existing biases against gay and lesbian lifestyles and the dominance of heterosexual attitudes within the police department and the courtroom have not created the same atmosphere of legal support and resolution that is offered to heterosexual victims of violence. To date, research has provided a discouraging account of the police response to same-sex domestic violence. This research has noted that police have minimized the potential seriousness of the incident, failed to arrest the perpetrators or even intervene and ignored standard domestic violence procedures concerning the identification and arrest of the ‘primary aggressor’ regardless of physicality.

Members of the LGBT community who are victims of abuse have long faced obstacles in accessing shelter, legal protections and community support, largely because many police officers and counselors are not equipped to meet the unique needs of gay, lesbian and transgender victims.

When sociologist Claire Renzetti did her path-breaking research on same-sex violence in 1995, fewer than 1 in 10 (9.3 percent) of domestic violence agencies offered services targeted to battered lesbians and the rest had no plans to do so. Because relatively few lesbian victims have been identified at traditional service sites, we have little or no solid point-of-service information on their utilization patterns, though underutilization is a certainty.

Official reports of same-sex IPV are generally lacking because police and the FBI do not have categories suitable for classifying same-sex IPV. Instead, they place these offenders and victims into categories such as ‘friend’ or ‘acquaintance’. Laws against IPV in some states do not even apply to gays and lesbians because gays and lesbians cannot be legally classified as intimate partners.

The seven-page DOJ memorandum alone won’t erase the homophobia and ignorance that many abuse survivors in homosexual relationships face, but it’s a step in the right direction. Although the lion’s share of domestic violence victims are women and children–83 percent of spousal murders are committed by men and 84 percent of stalkers are men, according to an American Bar Association report–violence does happen in lesbian, gay, bisexual and transgender relationships. Those victims deserve access to the same legal and social protections afforded to those in heterosexual relationships.