How to Lose Your Virginity: An Interview with Therese Shechter - Ms. Magazine
Skip to content 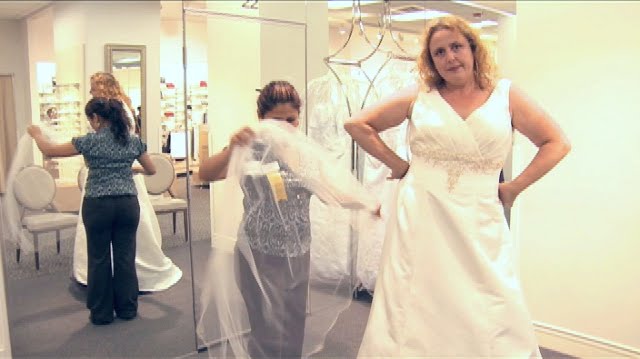 If you haven’t been following the work of documentary filmmaker Therese Shechter (left), you might mistake her newest project, How to Lose Your Virginity, for a bluntly titled self-help manual for sexually bereft high schoolers. But the adage holds true that you can’t judge a book by its cover. The title is a deliberately ironic lead-in to a film about Western culture’s repressive and misleading messages regarding sex, sexuality, virginity and marriage. Watch the trailer here.

I had the opportunity to talk with Shechter about her new film. If you, like me, are an avid fan of Shechter’s 2005 film I Was a Teenage Feminist–a spirited exploration of the trials and tribulations of contemporary feminism–then you too may enjoy her personal and thoughtful approach to her current documentary-in-progress. Here are a few highlights from our conversation (read the full interview here):

On why she chose virginity as the topic of her film:

When I got engaged and we started talking about the wedding, it hit me like a ton of bricks that I was this 47-year-old woman who was expected to put on this drag show of purity.

If we talk about virginity we can talk about politics and religion and history and economics and popular culture.

On whether sex and virginity are feminist issues:

I feel like the way our culture approaches [sex is] a feminist issue.

The abstinence-until-marriage movement [is] using moral shaming and … the worst possible gender stereotypes to make a case for women remaining pure until marriage.

Although that world of pledges and purity balls might seem sort of foreign and confined to a small minority, we’re symbolically enacting the same process at any traditional wedding. The father ritualistically gives his white-clad daughter, along with her implied purity, away to the husband, who makes no statements about his own sexual history. It may be symbolic and the bride may not be a virgin, but we’re still embracing the ritual and symbolism as something sweet–as opposed to … an ancient patriarchal economic transaction. If that’s not a feminist issue [laughs], I don’t know what is!

On virginity as a social construct:

If you talk to people who think about this stuff a lot, they’ll always tell you virginity is this cultural construct, so let’s dismiss it.

The thing is, it may be a cultural construct but it’s still very, very important to people. … The idea of one’s sexual initiation–however you want to describe it–is important, and we can’t just toss it out because there [are] some issues around it that are problematic.

On cultural shame around not being sexually active:

Up until a certain age, you’re not supposed to be sexually active, and then you cross some invisible threshold and suddenly everyone is supposed to be having sex. … And I have met so many people that aren’t and feel terrible. Not personally feel terrible—they’re making decisions about their lives—but feel terrible culturally. Like, God forbid anyone should find out about this.

It’s fascinating when you talk to people who identify as queer—who don’t engage in penis-in-vagina sex, for example—[about] how they perceive of the concept of virginity, which leaves them completely out of the definition that most people use.

On what we can do to help complete production on How to Lose Your Virginity:

There are a couple things and only one involves money. The Kickstarter [fundraiser ending July 1st] is really important. We have to get to this $10,000 goal or we don’t get any of the money that people have pledged.

The other part of it is that we are looking for subjects. It is very easy for me to find white, Christian young women to talk to me about virginity. It is harder for me to find people who are queer, people of color, trans people. … I know there are people out there from those different communities that could tell their story. And I don’t care what the story is, I just want to hear their story.

Want more information? You can read about How to Lose Your Virginity, check out Shechter’s blog The American Virgin, access the full interview and, if you’re interested in volunteering to be interviewed for Shechter’s film, you can contact her via her website.

ABOVE: Shechter at a bridal fitting in New York City, courtesy of Trixie Films.