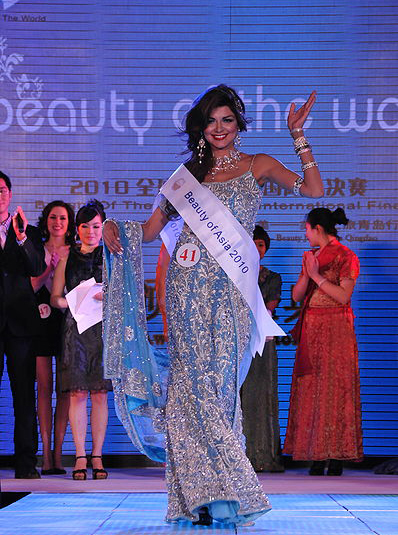 We selected some of the best feminist blog posts of the past week; check ’em out:

In light of devastating floods in Pakistan that have left 20 million people homeless and 2,000 dead, Care2 asks, is the Miss Pakistan World pageant appropriate right now?

“What is the very first thing you should consider if you want a raise? What is the most important thing of all?” asks Daily Kos. Summer’s Eve has the answer: wash your vagina. Douche, to be specific. And carry some portable adult wet wipes in your bag so you can keep up on crotch maintenance throughout the day, at least before meeting with your boss.

Antonia Juhasz, author of the Ms. Summer issue feature on the BP Spill in the Gulf (“Man-Made, Woman-Saved”), is one of the experts featured on National Radio Project’s latest eye-opening show, “Beyond BP: A Future Without Oil”. Juhasz, Global Exchange’s Chevron Program director, talks about the lack of spill preparation on the part of the entire oil industry, and her own experiences on the gulf coast since the BP well explosion.

August is the month of thinking dangerously on Big Think. The blog explores one new radical idea a day. Radical idea #22? Polygamy is feminist.

A thought-provoking entry on the Gender Across Borders blog: “Disability and Sexuality: When Discourse Misses the Point“. Carrie Polansky points out that when sexuality is discussed, marginalized communities–such as queer people, transgender people, the elderly and people with disabilities—more often than not  are left out of the discourse.

Colorlines reports that the Department of Justice is hiring Ebonics translators for the Drug Enforcement Administration. Jamilah King comments on how the news puts the spotlight back on the debate over whether Ebonics is a credible language or merely another English dialect.

Lucinda Marshall of the Feminist Peace Network captures one of those “awful moments when they shamelessly remind us of the not so funny male whiteness of the liberal progressive establishment“.

On the anniversary of Dr. King’s “I Have a Dream” speech, Shark Fu reminded us that it’s still a call to action:

When simple minded attention-seeking fools attempt to turn American history into a third rate theatrical spectacle, my response is to demonstrate through the example of my life what the legacy of the Civil Rights Movement is…

Tomorrow isn’t about a reclamation … it’s a realization that anti-poverty work, reproductive justice work, anti-war activism and pro-labor work is not and should not be relegated to a few pages in a history book until poverty, restrictions on reproductive health care, war and injustice toward workers are history.

Read the rest at AngryBlackBitch.