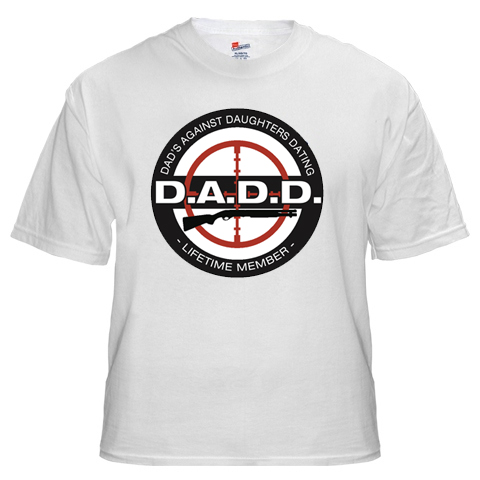 The t-shirt on the left is now being sold (for only $5!) at Reformation Bookstore, one of the broadest outlets for Christian Reconstructionist books. Customers who bought this item also bought: Raising Maidens of Virtue and Fathers and Daughters: Raising Polished Cornerstones, two books that lay out a strategy for raising young women to conform to “Biblical family values.” Religion Dispatch’s Julie Ingersoll has more.

From John Scalzi at Whatever: A wonderful list of things that, due to his “invisible knapsack” of privilege, the author doesn’t have to think about today.

Why is Obama fighting to keep DADT? Over at Mother Jones, Kevin Drum sheds some light on the Administration’s political strategy for repealing Don’t Ask, Don’t Tell once and for all.

As part of International Access to Safe Abortion Week, Akimbo has a post on misoprostol, a safe and accessible alternative to surgical abortion. Because not enough women know about the drug, Akimbo has partnered with Gynuity Health Projects to release “Abortion With Self-Administered Misoprostol: A Guide For Women,” available in English, Spanish, Portuguese, and French.

From Colorlines: “The U.S. Centers for Disease Control and Prevention reports this week that teen pregnancy in the South is outpacing the rest of the country by a striking degree,” and (surprise, surprise!) the data shows that teen pregnancy rates may have more to do with sex-ed than race.

“We’ve finally reached the stage where people aren’t afraid of being politically incorrect,” –Princeton sociologist Douglas S. Massey. The New York Times reports that, among social and cultural scientists, the “culture of poverty” is making a comeback.

But sometimes political incorrectness has consequences: CEO Randy Michaels, who ran the Tribune Co. like a randy frat house, has resigned under pressure of bad publicity about his bad, sexist behavior, reports the Huffington Post.