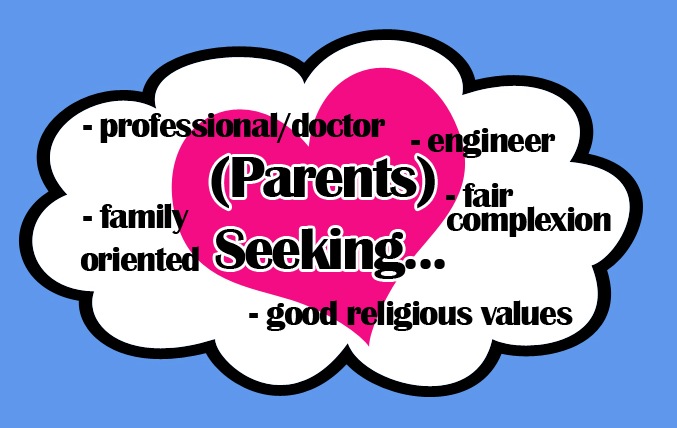 Among other content, Islamic Horizons, the bi-monthly publication of the Islamic Society of North America (ISNA), runs personal ads. There are two sections: “Seeking Husband” and “Seeking Wife.” The personal ad below appears in the latest edition under “Seeking Husband,” and it is one of only two ads (among ten) in which a woman is seeking correspondence for herself. (The others are written by parents and a lone uncle.)

Muslim woman invites correspondence for herself from believing/practicing, driven, fun, feminist Muslim man. Must not be intimidated by elite education or a penchant for the high and low brow. Skin color requirement masked “complexion” not applicable because that’s racist. Contact: yesthisisforreal@gmail.com

As a Muslim American woman living in North America, happily married to someone who happens to be a “believing/practicing, driven, fun, feminist Muslim man,” I have some words for Ms. YesThisIsForReal.

First off, brava sister! Or more appropriately, masha’Allah! Secondly, I assume you’ve placed this ad as a form of protest and satire, as it forces us to question the assumptions and prejudices of our fellow Muslims, women and men alike.

As I mentioned, I’m married to a man who meets your requirements to a tee—and no, he’s no more down for a second wife than I am, so that’s not why I’ve taken interest in your ad. Rather, it’s because I think you’re pointing out some vital issues that we as Muslims need to be discussing today.

For one, what’s with the racism within our own communities (a number of the personals in Islamic Horizons mentions that the writers has a “fair” complexion)? As a darker-skinned Iranian-American, I’m all too familiar with the Persian penchant for fairer complexions. All my life, for example, I’ve been consistently cautioned against sunbathing—and not because people were concerned about the possibility of my developing skin cancer. And we Persians aren’t alone here. This is an issue that plagues societies worldwide—Muslim or not.

But you’d think that ISNA (purportedly the largest Muslim organization in North America) might be above running blatantly racist personal ads with complexion requirements. You’d think as consistent victims of racism ourselves that we wouldn’t practice it among our own kind. You’d think that we’d be above this, right?

Well, as Ms. YesThisIsForReal so accurately points out, too many of us are not. So, I say it’s up to those of us who are to stand with her and challenge the others who have yet to evolve and realize that we cannot stand for racism within our own communities any more than we can stand for it from the outside.

So too, we need to stop letting our parents and uncles “seek correspondence” for us! I know way too many other women (Muslim and non-Muslim) who happen to be daughters of immigrants and believe that choosing their spouses is a process in which their parents need be intimately involved. I don’t entirely disagree. Of course you should take your parents’ opinions under consideration if they’ve bothered to love and raise you. But ultimately, this is NOT their decision to make.

“ISNA Matrimonials” seems to be a serious business, with its own video promotional ad, full of red roses and fancy fonts. It ends: “ISNA Matrimonials: Building the Future of American Muslim Families.” I hope to hell not!