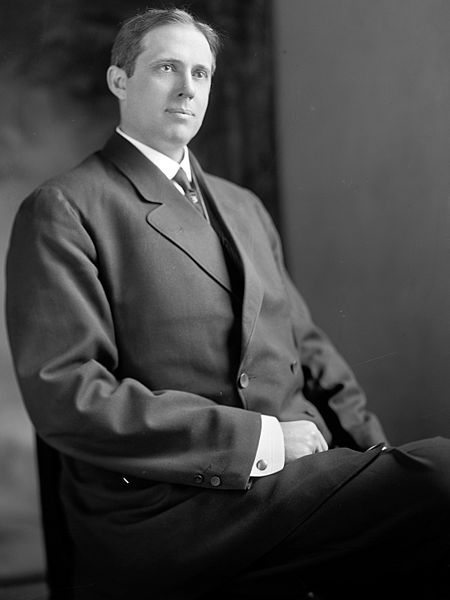 March 21, 1938: Jubilation today among Equal Rights Amendment supporters. After an almost 15-year struggle, the ERA has for the first time been reported to a branch of Congress.

The Senate Judiciary Committee voted 9 to 9 today–a tie being sufficient–to report Senate Joint Resolution 65 to the full Senate for action. It reads,

Men and women shall have equal rights throughout the United States and every place subject to its jurisdiction.

Drafted by Alice Paul, the E.R.A. was first introduced to Congress on December 10, 1923 and sponsored by two Kansas Republicans: Senator Charles Curtis and Representative Daniel Anthony (a nephew of Susan B. Anthony). It has been the subject of hearings since February 6, 1924. Over the years, the National Woman’s Party has eloquently testified in the amendment’s favor, and though standing alone at first, they have now been joined by many other groups. Today, the amendment’s supporters include the National Association of Women Lawyers, the National Federation of Business and Professional Women’s Clubs, and the American Federation of Soroptimists.

Celebrating today’s victory, Sarah Pell, head of the National Woman’s Party, said of the nine Senators who voted the amendment on:

In every crucial period of history, there are those of clear vision who balance the scales in favor of justice and who stand for fundamental principles such as the Equal Rights Amendment.

Emma Guffey Miller, who coordinated the proponents’ testimony at the recent hearings, said:

Of course I am glad that the amendment is now before the Senate. It is the first time the full committee of the Judiciary has acted on it. I realize that reactionary forces and the old prejudice of the Dark Ages against equal rights between men and women are still abroad in the land, and it is significant that there are nine members of the committee who are convinced of its justice.

Senator Edward R. Burke, whose Judiciary Subcommittee had reported the amendment to the full Judiciary Committee last June 23rd, said “I have become even more firmly convinced than I was at the start that this is an essential amendment to the United States Constitution.”

With ominous events such as Germany’s annexation of Austria nine days ago, and our growing need for preparedness in mind, he noted an additional reason to support the ERA: “In view of the troubled condition elsewhere in the world it seems to me that in the United States we should call on all the resources of our country, men and women alike.”

Though it’s clearly a long journey from a Senate Committee report to a two-thirds supermajority of both houses of Congress and ratification by 36 of the 48 States, today’s vote is a major and crucial step toward the goal of making the ERA the 22nd Amendment, and achieving the goal of equality for women set forth at Seneca Falls 90 years ago.

Editors’ Note: Despite another 73 years of feminist lobbying, the ERA has still not become a part of the Constitution–find out why in tomorrow’s installment of “Live-Blogging Women’s History.” Voice your support here: