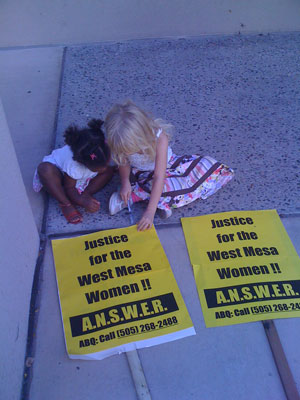 A few months ago I was scrolling through audio files of interviews on my computer when I was startled to hear the recorded cooing of my daughter when she was a baby.

I had been hiking through dry arroyos in the desert west of Albuquerque with a biologist who was studying the decline of burrowing owl populations in the area. While holding the digital recorder in front of me, I’d picked up not just my questions and his answers, but the exclamations of the six-month-old baby cradled against my chest.

Today, April 28, is the annual Take Our Daughters and Sons to Work Day. It’s a great day—a chance to expose children to different careers—but for many of us taking our kids to work isn’t that novel an experience. Affordable, high-quality child care is hard to find in the U.S., and plenty of mothers don’t have the economic luxury of taking unpaid time off from work after their children are born. As a maniacal, obsessive journalist who has always chosen the compelling story over the lucrative paycheck, I’ve tried to weave together motherhood and journalism. As a mother, I’ve usually wished I were less exhausted and more engaged. But as a realist, I know that’s the only way I could make ends meet. And I’m one of the lucky ones: I can work from home, tighten my debt-free belt and survive below the poverty line.

A few years ago, Tracy Everbach, an assistant professor of journalism at the University of North Texas, Denton, interviewed 26 male and female journalists to learn if journalism is still a profession unfriendly to families. In her paper, “Family friendly? A study of the work-family balance in journalism,” she found that female journalists–under pressure to juggle work, childcare and household responsibilities–were asking employers to make accommodations for family. 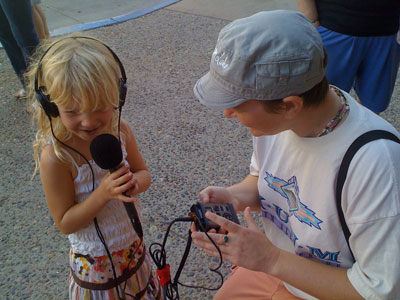 Employers do not seem to be keeping pace with their employees’ requests for balance, according to the journalists in this study. Both male and female journalists said they found most media companies unlikely and unwilling to adopt more family-friendly policies. Some organizations made changes in the 1980s and 1990s, but backtracked with the less-prosperous media business climate of the 2000s.  The results of this study indicate that if media companies eliminate family accommodations or fail to offer flexibility, they may drive younger male and female journalists from the profession, particularly those with families or who plan to have families. Balancing work and family clearly is a priority for the newest generation of journalists.

I know this story well. For the first two-and-a-half years of my daughter’s life, I worked as a freelancer during her naps and following her bedtime. (I learned that it’s possible—though not comfortable—to balance a phone in the crook of your neck, type and breastfeed at the same time.) After my divorce, I placed my daughter in daycare three times a week–as much as I could afford. Even with 24 hours of help, I still had to pull frequent all-nighters, which, when you’re in your mid-30s, are entirely different from those weathered in college.

I’ve also brought her to interviews, meetings and public hearings. She’s visited police departments, courthouses and libraries, as well as the inauguration of a mobile matanza (where I hoped the organizer might hold off on the inaugural butchering). She’s attended protest marches, vigils and talks about everything from nuclear weapons production to bobcat populations. She’s also conducted fieldwork and historic building inventories with her father, an archaeologist. 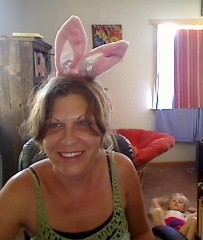 My daughter’s first five years have undoubtedly been interesting, and she’s a bright, patient, funny kid who moves easily in many different circles. But again, we’re lucky. Most women in my situation wouldn’t be able to bring their children to work with them. Some can rely on family members or on-site daycare; many more have to rely on poor quality childcare while working minimum wage jobs.

For my part, I have turned down assignments  and travel opportunities, set aside investigative projects and, oftentimes, watched my former colleagues advance their careers without worrying how they might be able to take care of their children each day. Worse, I’ve watched other mothers leave the field of journalism altogether after they’ve had children—and I mourn the loss of the news stories they have not pursued.

Working first at the Taos News and then the Santa Fe New Mexican, reporter Staci Matlock was lucky enough to be in family-friendly environments. “At the Taos News, it was never a question that people bring their kids in and out,” says Matlock, whose daughter is now in her teens. “As long as people got their work done, no one said anything. ”

It wasn’t an issue in Santa Fe, either. “Reporters would invite [my daughter] out to ice cream, and the managing editor never lost the chance to hug her whenever he saw her,” she says. “They watched her grow up.”

Matlock’s not sure what she might have done without a supportive employer. “I was able to be a single parent, do my job, and take care of my kid—that’s very rare.”

But it doesn’t have to be, does it?

Daughter in tow, Laura Paskus wrote the investigative report “The Forgotten Women of West Mesa” in the Spring issue of Ms. magazine.

Photos above of the author’s daughter courtesy of the author. Top: Coloring (right) with another child at a vigil for the West Mesa murder victims; middle: with KUNM reporter and morning host Elaine Baumgartel; bottom: having a meltdown while mom’s on deadline and both have the flu.