Drugs, Alcohol and Serial Rapists: Another True Tale That Might Not Be Counted - Ms. Magazine
Skip to content 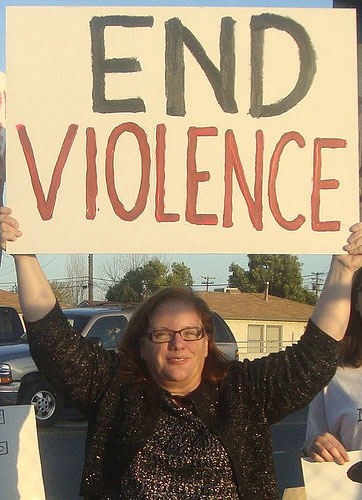 As we’ve reported extensively in recent weeks, the FBI uses the archaic definition of “forcible” rape in its yearly Uniform Crime Report (UCR): “the carnal knowledge of a female forcibly and against her will.” Many police departments interpret the definition to exclude victims who were under the influence of drugs or alcohol, because of the word “forcibly.” Estimates are that between 22 percent and 77 percent percent of rapes involve drugs, alcohol or incapacitated victims. Today, a Ms. reader shares her story of one such rape.

I had been recently divorced, about eight years, and the dating scene was different from what I remembered. I met someone online. We had many online chats and even a few phone calls. We had our first meeting in a public park. The next day he came to my work to bring me lunch. The day after that we were supposed to go to dinner and a movie. When he showed up at my apartment he had a bottle of wine. He asked if we could watch a movie there instead and just talk.

I showed him where everything was in the kitchen and I went to go to the bathroom. We sat on the couch, had our drink and talked. After only that one glass of wine I felt very tipsy (which was not like me at all!). I was poured a second glass. After that, things got fuzzy.

I remember being led to my bedroom, he put the TV on loud and he started to take off my clothes. I felt like I had no strength. I knew I did not want it to go in this direction. I tried to speak and I don’t think it came out right. But all he kept doing was telling me it would be over in a little while. I started to cry, I struggled to get up, but I could not. I don’t know how long it went on, but it was both vaginal and anal … and all I did was cry and try to say stop over and over and over. I think I passed out then.

I woke up the next morning so sick, I thought it was just a hangover. I took a shower. I knew the night before went badly, and as a grown woman I knew sex had happened, but most of the details (at that time) were not there. I even tried to look up my ‘date’ online and he was not there. His profile was gone. I called him to ask what happened and he told me nothing happened and we were through.

It was a few weeks later, at a friend’s house, that memories came flooding back. I had a breakdown. My friend told me most likely I was drugged. As I started asking around, most people told me the same thing … there was no use reporting it … date rape was hard to prove, especially weeks later. I didn’t know any better and I tried to move on. I’ve even moved to another state … but its been a very tough thing knowing he is still out there, probably hurting other women as well.

This woman’s devastating story is not unfamiliar. And considering the fact that 90 percent to 95 percent of rapes are committed by serial rapists, law enforcement can’t afford to discount rapes involving drugs or alcohol because of the word “forcibly.” Chances are, the offender will rape again.