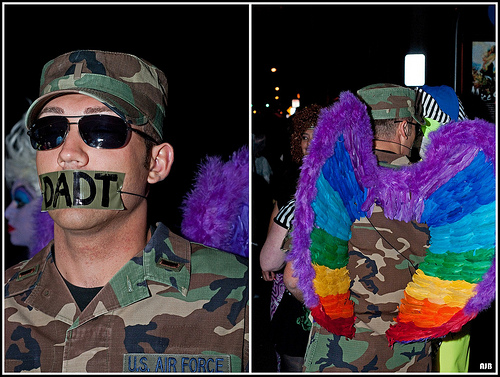 Friday marked the official end of Don’t Ask, Don’t Tell: Secretary of Defense Leon Panetta and the Joint Chiefs of Staff announced that openly gay service members will begin to be integrated into the military. Many still bemoan how protracted the repeal process has been, but others are celebrating the fact that a date has been set and counting down the days (59) until DADT is history.

Clutch magazine asks who’s to blame for misogyny in hip-hop: the artists or the fans? “What does it say about our society that women and the feminine are the last acceptable target group for overt hate in popular music?”

Colorlines reports on a startling statistic: 70 percent of anti-LGBT murder victims are people of color.

Following a discouraging loss at the Supreme Court, Wal-Mart’s women workers continue to face unfair treatment and wage discrimination, but Alternet reports that they’re not giving up their fight.

Texas is the latest state to defund Planned Parenthood–Shakesville’s Melissa McEwan has the details. Ironically, new statistics show that the teen birth rate in the Lone Star State has jumped to 50 percent above the national average (and the repeat teen birth rate has also increased).

Although their name sounds mild-mannered enough, “Fathers’ Rights” groups’ real agenda is anything but. Pam Chamberlain at PublicEye has an in-depth portrait of the fathers’ rights movement–who they are, what they want, the tactics they’re using to advance their radical agenda and the myriad threats they pose to women and families.

At a hearing on the federal ban on gay marriage, Senator Al Franken (D-Minn.) handily shot down the testimony of Focus on the Family’s Tom Minnery, reports The American Independent. Citing a Department of Health and Human Services study, Minnery had said children raised by opposite-sex couples were happier and healthier.

“I checked the study out,” Franken said. “It doesn’t actually say what you said it says. It says ‘nuclear families’ not ‘opposite-sex couples.’”

He continued, “Isn’t it true, Mr. Minnery, that a same-sex couples would fall under the definition of nuclear family?”

Minnery responded, “I would assume it would mean a family with husband and wife.”

“It doesn’t,” Franken said, pausing to allow laughter in the room to subside. “I frankly don’t know how we can trust the rest of your testimony if you are reading studies this way.”

Photo from Flickr user A. Blight under Creative Commons 2.0 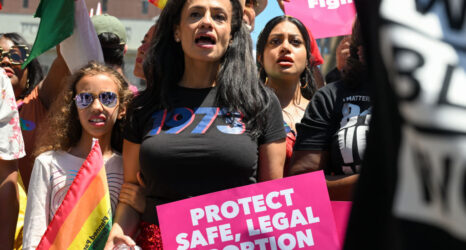