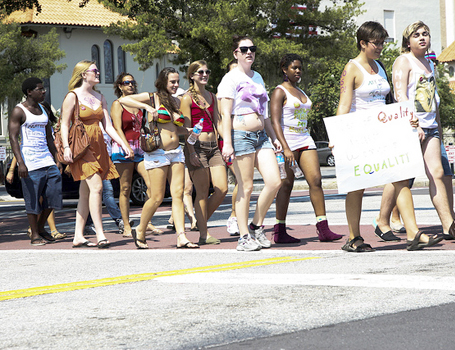 An Open Letter from Black Women to the SlutWalk, signed by a hefty list of black anti-violence activists, scholars and community leaders, has been stirring conversation online since it was posted on Friday.

Like previous Black feminist critiques of SlutWalk, the letter calls into question the anti-rape march’s reclamation of the word slut. The authors argue that our long and varied history as black women does not accord us the privilege of reclaiming such a hateful and dehumanizing word:

Black women in the U.S. have worked tirelessly since the 19th century colored women’s clubs to rid society of the sexist/racist vernacular of slut, jezebel, hottentot, mammy, mule, sapphire; to build our sense of selves and redefine what women who look like us represent. Although we vehemently support a woman’s right to wear whatever she wants anytime, anywhere, within the context of a ‘SlutWalk’ we don’t have the privilege to walk through the streets of New York City, Detroit, D.C., Atlanta, Chicago, Miami, L.A. etc., either half-naked or fully clothed self-identifying as ‘sluts,’ and think that this will make women safer in our communities an hour later, a month later, or a year later.
Moreover, we are careful not to set a precedent for our young girls by giving them the message that we can self-identify as ‘sluts’ when we’re still working to annihilate the word ‘ho,’ which deriving from the word ‘hooker’ or ‘whore,’ as in ‘Jezebel whore,’ was meant to dehumanize. Lastly, we do not want to encourage our young men, our Black fathers, sons and brothers to reinforce Black women’s identities as ‘sluts’ by normalizing the term on t-shirts, buttons, flyers and pamphlets.

In addition to concern about the word slut, blogger Aura Blogondo, in her provocative piece Slut Walk: A Stroll through White Supremacy, has taken issue with the ways that many of the SlutWalk protests have marginalized violence against women of color:

This event will not stop the criminalization of black women in New Orleans, nor will it stop one woman from being potentially deported after she calls the police subsequent to being raped. SlutWalk completely ignores the way institutional violence is leveled against women of color.

I believe that addressing these concerns is vital if this latest grassroots feminist movement is to be made relevant to a cross-section of people struggling to end violence in our lives. And yet, at the same time, I am concerned by the politics of respectability that seem to be a common theme among the criticisms of SlutWalk. Yes, 19th-century club women fought tirelessly to delink black women’s bodies from the stereotypes of “Jezebels,” “sluts” and “hos,” but do we really want to move forward in this same line of pushing for black women’s “respectability”–especially since respectability does not keep a woman from being raped?

It’s not surprising that some women are hesitant to get on board with a movement that co-opts a word that literally could get them killed for who they are. Black women know we are not safe when words like ho and slut are hurled at us. But instead of seeking respectability, what would it mean to confront the danger of a word that was historically constructed to support economies of slavery and legal segregation?

The Crunk Feminist Collective posed an interesting thought experiment along these lines when, in critiquing SlutWalks, it contrasted them with hypothetical “Ho Strolls,” concluding, “I don’t think sisters will be lining up to go on a symbolic ‘Ho Stroll’ anytime soon.” True enough, with all the oppressive history of the criminalization of our sexuality, I imagine that a “Ho Stroll” would be struck down with a quickness by police and various communities who already find black women’s bodies–even highly respectable ones–disruptive and frightening. And that begs the question: Would white feminists then come to our aid?

The truth is, white women have historically benefited from the racialized virgin/whore dichotomy embodied in words like “Jezebel” and “slut.” That can encourage black women to distrust white women, especially those whose privilege has blinded them to considering what a SlutWalk would look like in solidarity with black women, with low-income women, with immigrant women, with queer women, with sex workers.

Rape culture targets all women, but due to white supremacy, economic disparities and heterosexism, some women face the threat of violence more frequently. If the SlutWalk movement hopes to have genuine impact on changing rape culture, it needs to address these different experiences with sexual violence.

It seems that if anyone should be at the forefront of SlutWalks, it should be we women whose very bodies–regardless of our dress–have inspired the dangerous rhetoric of “sluts” and “hos.” No, we don’t have the same privileges as white women, but what if we boldly took back the power of “ho,” which has kept many black women in line? And what if white women stood in solidarity with us?

I’d suggest that black women, rather than oppose SlutWalk, should think of the ways it can be appropriated to serve our needs. I would like to see a SlutWalk with black women front and center. Instead of seeking to distance ourselves from “hooker” and “whore,” can we use SlutWalk to remind the world–and even our fathers, sons and brothers–that “hos” have value too? How, indeed, would the first SlutWalk in Toronto have been different if the response had been not to a police officer’s insult that women “not dress like sluts” to avoid rape, but rather to the serial murders of aboriginal women who had become routine targets in a macabre “Highway of Tears” in British Columbia?

Feminists have yet to effectively challenge the way women are split into the respectable and the disreputable. As long as that split remains, it will encourage the dehumanization and disposability of women framed as “sluts” and “hos,” while encouraging other women to be complicit in order to hold onto their “respectability.” Since the “I’m Not a Slut” defense is a not a cure against being raped, we must overcome our false conviction that disavowing of the “slut” label will keep us safe.

Yes, words like “slut” and “ho” are used to dehumanize women, but more than that: They’re used to shut us up and to discipline us in “appropriate” gender roles. There’s a reason why many rape survivors don’t come forward with their experiences. They do not want to be subject to such words by a larger society that still blames victims. At least the SlutWalk boldly takes on that word, and in doing so, invites us to empty it of its power and its racist, classist, hetero/sexist meanings.  Whether that’s possible is another debate, but for now, it’s useful to remember what Emi Koyama once wrote: “Everyone is safe when sluts are safe.” 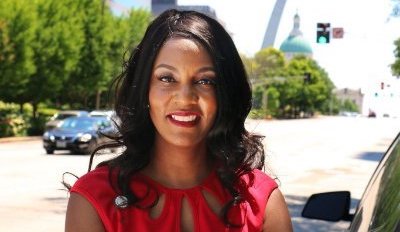 Sex Sells—But Why? and How? Author Maria San Filippo on Sexual Provocation in Film and TV
Financial Education Won’t Fix Poverty. We Need Structural Change.
The Weekly Pulse: Arkansas Is “Worst State for Trans Kids”; 1-in-3 COVID Survivors Diagnosed with Brain Disorder; The Future of the Pandemic