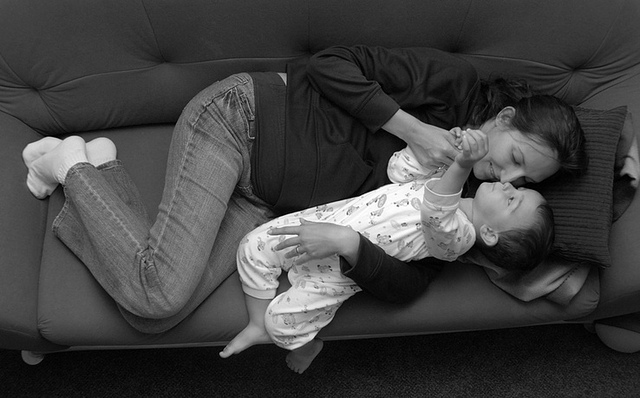 A new Census Bureau report shows that, from 2001-2008, the percentage of first-time mothers receiving paid leave before and after childbirth leveled off at a mere 50 percent. As usual, the most vulnerable women–low-income women, women of color, young women and less-educated women–had the least access to paid leave.

Women with higher birth rates in the U.S. are often younger, less-educated and Hispanic. So, under this system, the women likely to have the most children are also least likely to have paid maternity leave available to them.

Keep in mind, too, that these numbers are pre-recession. Many of the jobs lost [PDF] during the recession were middle-class jobs such as teachers and managers, which are relatively likely to provide paid leave for soon-to-be and new mothers. The jobs added during the recovery process have been largely low-wage, far less likely to offer such paid leave.

In these tough economic times, employers have even less incentive to offer working women paid time off to care for themselves and their newborns. And in these woman-hating political times, the United States has no federal family paid leave plan to compel employers to offer leave (and Congressional attempts to enact one have been shut down).

Read more from the report here.

Sign a petition to support a federal mandate for paid family and medical leave here.

Abortion Access: If There’s Political Will, There’s A Way