The Future of Feminism: Not Your Ordinary Mother's Blog - Ms. Magazine
Skip to content 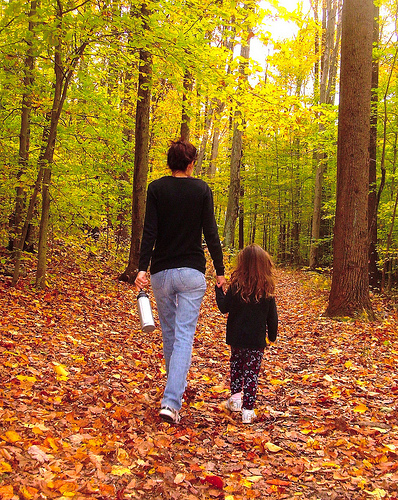 Mommy Bloggers. Just uttering that phrase brings forth mixed reactions. Some women wear the moniker with pride; others shrug it off with disdain, upset over being pigeon-holed. Personal feelings over the phrase aside, the phenomenon of Mommy Bloggers is a very real thing: Blogs devoted to parenting are a rapidly growing (and revenue-producing) area of the blogosphere that deserves legitimate attention.

However, within this genre of blogs there’s a smaller group of women, and a few men, writing about parenting with a different spin: a feminist one (as Kara Jesella pointed out in her Summer 2009 piece in Ms. magazine). These mommy bloggers are true pioneers in the future of feminism online.

Andrea Fox, writer of the popular blog blue milk, explains how writing about motherhood is both crucial and intrinsically feminist:

From blogs like Birthing Beautiful Ideas to wood turtle, feminist mothers are writing not only about their daily lives and their children, but also creating necessary dialogue around topics other feminist blogs dissect: patriarchy, kyriarchy, sexism, sexualization, gender stereotypes, reproductive rights, religion and more. Many of the blogs tackle heated topics such as judgement between mothers, birthing choices and breastfeeding.

The Feminist Breeder’s Gina Crosley-Corcoran “wanted to show that a concerned feminist could be a thoughtful mother, and vice versa. In fact, I think feminism and reproduction are intrinsically related. Discrimination toward childbearing women affects every woman’s ability to move freely through the world.”

The women and men behind these sites are not just raising the next generation of feminists: They are providing the stories, support and advice for others attempting to do the same.

Besides the great blogs mentioned in this post, here are a few more feminist parenting blogs you might enjoy:

Feel free to suggest more in the comments below.

Part Six in a Women’s History Month series celebrating organizations and ideas that represent the future of feminism.

Photo of mother and child from Flickr user Ross Griff under license from Creative Commons 2.0