Use Birth Control? You're Fired! - Ms. Magazine
Skip to content 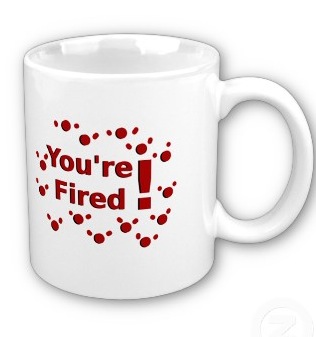 First, Kansas brings us a bill that gives immunity to doctors who lie to couples about the results of their prenatal tests in order to prevent them from getting an abortion. Now, Arizona has proposed a bill that would give your boss the green light to fire you for using birth control. You think I am kidding? I wish. For a decade now, Arizona insurance companies have been required to provide coverage for contraception just like other prescriptions. But, because they saw an opening to score some political points, some politicians there are suddenly moving to take that coverage away from women and their families.

And we aren’t just talking about exemptions for religiously affiliated employers like Catholic hospitals and universities. We are talking about authorizing secular, for-profit employers to deny a woman coverage for birth control if the employer doesn’t believe that she and her partner should be allowed to have sex without the risk of pregnancy. Yup, that’s right. If the owner of the fast food restaurant where you work opposes birth control, Arizona legislators want to give him a legal right to deny you insurance coverage for your pills.

Sadly, that isn’t even the half of it. You may want to sit down for this one. Arizona legislators know that whether or not her insurance covers it, a woman may still get the prescription she needs to prevent an unintended pregnancy. They want to give her boss the right to control that, too. The bill they are pushing would not only allow employers to take the insurance coverage away, but it would also make it easier for an employer to fire an employee who has obtained birth control from another source. You heard me right–to fire her. And I thought Rush Limbaugh’s comments were as low as you could go on this one.

The Arizona bill has–incredibly–already passed the state House and, yesterday, a Senate committee, but we can still stop it. We’ve seen what can happen if we make our voices heard. So, if you’ve had enough; if you think the decision about whether to have a child is one for you and your partner, not your boss and your senator, I urge you to speak up now. Tell the legislators in Arizona to stop playing politics with women’s health and put personal and private decisions back in the hands of a woman and her family.

Reprinted with permission from ACLU Blog of Rights.

Jennifer Dalven is director of the ACLU Reproductive Freedom Project. A lawyer with the ACLU since 1997, she has successfully argued cases before the U.S. Supreme Court, the New Jersey Supreme Court, and the U.S. Court of Appeals for the 10th Circuit. At the project, much of Dalven’s work has centered on protecting the rights of teens to access confidential reproductive health services. She was also a key player in the project’s challenge to the first-ever federal ban on abortion procedures.