From Emmett Till to Trayvon Martin: How Black Women Turn Grief Into Action - Ms. Magazine
Skip to content 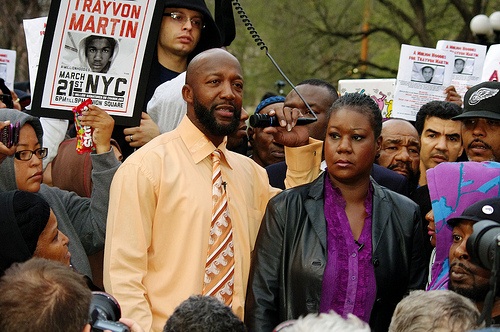 We cannot get the anguished face of Sybrina Fulton, the mother of unarmed teenager Trayvon Martin–who was gunned down by a self-appointed neighborhood watch volunteer in Sanford, Fla., in late February–out of our minds. Her suffering and indignation–along with that of Trayvon’s father, Tracy Martin–has galvanized citizens of diverse races, classes, religions and generations to organize rallies, petitions, hoodie marches and social media campaigns raising awareness of violence and bias against African Americans.

There are resonances here to another grieving, anguished mother, Mamie Till. In the summer of 1955, her son Emmett was lynched while visiting relatives in the Mississippi Delta. Till persuaded national and international print publications to run photographs of her son’s bloated, battered corpse before a shocked and outraged public. Concurrent with such mourning, writes Duke University professor Karla F. C. Holloway, has been a longstanding understanding of “the nexus between a black family’s grief and African America’s national experience.” In her 2002 book Passed On: African American Mourning Stories:A Memorial, she describes “African Americans’ particular vulnerability to an untimely death in the United States” and “how we die a color-coded death—the residue of riots, executions, suicides and targeted medical neglect.” Holloway’s theme is personal: She mourns her own black son’s death by homicide.

In these charged public responses to the private “residue” of death, I’m reminded of another way in which grief and national experience have intersected with black women’s lives. In the late 19th and early 20th century United States, lynch mobs in the South murdered African American men on a weekly basis. As the essays of Gender and Lynching: The Politics of Memory, edited by political scientist Evelyn M. Simien, tell us, African American women and children were also victims of these brutalities. 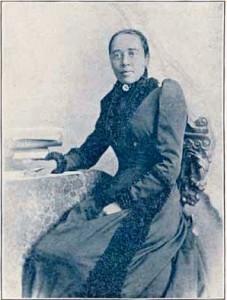 Outraged by the violence and stereotyping that sanctioned this terror, journalist Ida B. Wells-Barnett (1862-1931) and educator Anna Julia Cooper (1858-1964) cultivated what feminist scholar Patricia Hill Collins has called “a recursive relationship between … intellectual and political work.” In their respective 1892 publications Southern Horrors: Lynch Law in All Its Phases and A Voice from the South. By a Woman of the South, Wells-Barnett and Cooper educated white American men about how the suppression of blacks’ economic success and political activism was the true reason for most lynchings of black fathers and sons–rather than the spurious claim that they raped white women. The authors urged white American women to recognize how ending racial and sexual violence and gaining suffrage and other political rights were complementary rather than exclusive goals. They participated in and helped organize interracial campaigns and boycotts in order to publicize lynching atrocities and press for a national anti-lynching law.

Similarly, as Koritha Mitchell writes in Living with Lynching: Afrincan American Lynching Plays, Performances, and Citizenship, 1890-1930, black women writers of the Progressive Era, such as Angelina Weld Grimké (1880-1958) and Georgia Douglas Johnson (1880-1966), created lynching plays to help black audiences survive the destructive effects of the mob on their homes and families.

By confronting a somnolent nation with the consequences of bigotry and fear, then stirring citizens into action, African American feminists have stood our ground, turning acts of violence and victimhood into opportunities for empowerment and advocacy. We’ve worked within black communities to develop anti-racist and anti-sexist strategies. We’ve claimed what Collins calls in Black Feminist Thought an “outsider-within” position “whose marginality provides a distinct angle of vision” on the politics of power and authority. This has enabled us to save our lives and communities by calling out the people, perceptions and policies that mask or deny the realities of African Americans’ experiences.

Take the example of what happened in 1979 when 12 black women and one white woman were murdered in Boston. Barbara Smith and other members of the black feminist Combahee River Collective organized self-defense workshops. They pressured the police and media to act as if the bodies and minds of blacks and women mattered.  Also in 1979, and over the next two years, at least 28 black children and young adults—primarily young black men—were murdered in Atlanta. Here again, black women channeled sorrow into community responses that included increased knowledge about pedophilia and safe houses for latchkey children, and a public outcry that led to the eventual life conviction of Wayne Williams for two of the deaths. Black women novelists such as Toni Cade Bambara (These Bones are Not My Child) and Tayari Jones (Leaving Atlanta) have kept such contemporary stories alive as a kind of literary activism.

Why have black women so often stood at the forefront of such protests? Behind this history may be the lingering legacies of the sassy Sapphire and the mouthy Mammy. These stereotypes, historically used to justify our oppression, cast us as angry, loud, pushy and overassertive. Part of the work of black feminism has been to reclaim these negative attributes and reframe them as positive sources of women’s autonomy and empowerment. Black women can reinterpret “pushy” as “one who speaks truth to power” and use it as a source of strength.

Another reason may be social perceptions of us as less violent than black men. In her forthcoming study, “Girls on the Front Line: Gender and the Battle to Desegregate Public Schools in the United States,” historian Rachel Devlin has found that civil rights organizations in the 1950s and early 1960s chose a disproportionate number of black girls to desegregate schools and colleges, in part because of this perception of our being less physically threatening than our male counterparts. In cases of murder and lynching, we can again leverage this stereotype, displaying our grief in order to humanize our dead husbands, sons and fathers in the public eye.

Because of such efforts, the world knows Trayvon Martin now. This largely is a consequence of his mother and father standing their ground, passionately resisting an injustice. Hopefully, more American women and men now know and recognize that by standing against hate and fury, and for racial tolerance, we build a meaning of America that is not exclusively yours or mine, but ours and everyone’s.

Support Sybrina Fulton by demanding that her son’s killer be arrested–sign the Care2 petition below: