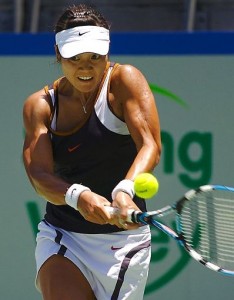 As a former athlete and a graduate student in sports studies, I embraced feminism in the 1970s. It seemed to be a natural alliance because I had experienced sports as personally liberating and felt that it offered females the possibility to become accomplished athletes, develop strong and healthy bodies and defy societal views of females as physically and psychologically unsuited for sport.

Simone de Beauvoir’s view of sport and physical activity in The Second Sex, which many consider the starting point of second-wave feminism, clarified what I felt. In 1949, she claimed that if a female could “swim, climb mountain peaks, pilot an airplane, battle against the elements, take risks, go out for adventure … she will not feel before the world … timidity.”

De Beauvoir shared similar views with earlier American feminists of the 19th century, such as Elizabeth Cady Stanton and Susan B. Anthony, who understood the importance of educating and liberating the body as pivotal to some of the most basic concerns of early feminism.

As I studied the female athlete, women’s sports history and feminism, I soon discovered that there were curious parallels between the women’s movement and the women’s sports movement in the United States. When the feminist movement was advancing in the late 19th century, for example, women donned the bloomer to ride the bicycle and took up the newly imported games of tennis and golf. In 1892, Senda Berenson modified the rules of basketball for her students at Smith College. As “second wave feminism” gained energy and support in the U.S., Betty Friedan organized the National Organization for Women in 1966 and soon thereafter Title IX, which promoted equality of sport for females, was passed. Then, in 1973, Billie Jean King defeated Bobby Riggs in the “Battle of the Sexes”.

Feminists of Billie Jean King’s era tackled a range of issues they considered as obstacles to equality, including legal inequalities, the family, reproductive rights, sexuality and the work place.

What is surprising, though, is that feminist authors paid extremely little attention to sport and the sporting woman in their writings. Leading journals such as Feminist Studies, first published in 1972, and Signs: Journal of Women in Culture and Society, first published in 1975, seem to have avoided the topic of athletic women altogether. Although the body received some attention, the principal focus of these writings concerned wresting the female body from the control of men.

I have continued to be baffled by the lack of attention given to the liberation of the body by feminist researchers of the last 30 years and have often wondered if, perhaps, Germaine Greer’s views concerning the female body reflected a particular angst among feminists. In The Female Eunuch (1971), Greer argued that the only thing more surprising than the male hatred of the female body was the female hatred of her own body. The ever increasing dissatisfaction of women with their bodies has resulted in dramatic increases in plastic surgery and other means of achieving the “perfect” body and lends support to Greer’s provocations.

The connection between sport, the body and female liberation appears to have been overlooked or considered insignificant in the writings of academic feminists of this period. It seems that many feminists in colleges and universities considered sport as an arena in which masculinity was fashioned, performed and contested–“where boys became men”–and was, therefore, not a feminist issue. Or perhaps they viewed the achievement of elite level athletes as irrelevant to the more significant issues, such as abortion and reproductive freedom, equal pay and sexual harassment, that feminists considered important for women. I also think that many academics today generally consider sport as irrelevant to the intellectual and educational purposes of colleges and universities, supporting the view that mind and body are separate entities and sport is an activity of the body. In fact, a negative view of sport among professors and opposition to it on college campuses has increased given the recent scandals and abuses in college sports and the increasing salaries of personnel related to men’s football teams, which are far above the salaries of full professors.

The relationship between sport and women’s liberation was celebrated in at least one source of popular feminist information. Some of the earliest issues of Ms. magazine, first launched in 1972, welcomed the sporting woman and recognized that female athletes were on the forefront of women’s liberation. Writers such as Michele Kort advocated equality for women in sport; redefined female beauty as strong, muscular and athletic, and celebrated the achievements of female sports heroes.

Women writers realized that Billie Jean King challenged not only the traditional view of the hero and raised questions of economic equality of women in tennis but in other professional sports as well. She also made public traditional views of sexuality and homophobia in sports, issues that remain highly debated in today’s society. Following in the footsteps of King, tennis star Martina Navratilova continued the battle against what has come to be discussed by sports feminists as sexual containment, or attempts to control women’s sexuality through gender verification tests for female athletes, such as Caster Semenya, a South African runner and gold medal winner in the 800 meters at the 2009 World Championships.

Yet, topics about matters of the individual responsibilities of elite level athletes, the inequality of media coverage of female athletes, sexual containment and homophobia remain prevalent in sport in the 21st century. Female athletes continue to be sexualized in the media and receive much less attention in televised accounts, the Internet and on sports pages. This sexualization and exclusion of female athletes are attempts to marginalize and trivialize them, and suggest that they are only of interest as sex objects and are not “real” athletes.

Although some feminists–including a good many academics and writers of the Second Wave–may not have recognized the liberating potential of sports for girls and women, female athletes are powerful, visible symbols. Like King and Navratilova, women in sports represent the physical and societal liberation of others. Perhaps these feminists should have a talk with 6’8″ Brittney Griner, three-time All American basketball player, AP Player of the Year and recently named the Most Outstanding Player of the Final Four [which her team, Baylor University, won].

Excerpted with permission from On the Issues Magazine

Susan J. Bandy, Ph.D., is a professor in the Sport and Humanities Program at Ohio State University. She was a Fulbright Scholar in Hungary, teaching at the Hungarian University of Physical Education, and taught in Denmark at Aarhus University. She has written many articles concerning sport and gender, is co-author, with Anne S. Darden, of Crossing Boundaries: An International Anthology of Women's Experiences in Sport, and co-author, with Vicki Bjerre, of Scandinavian Sport Literature: Heroes, Memory, and Identity. She is a former competitive basketball player in high school and also played for Berry College, for which she wrote The Viking Tradition: 100 Years of Sport at Berry College.

Five Ways to Have a Feminist Valentine’s Day