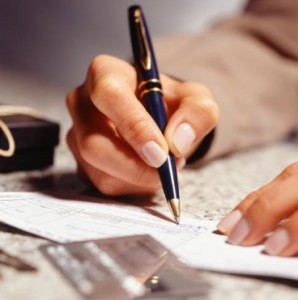 By Fatima Goss Graves, Vice President for Education and Employment at the National Women’s Law Center

For this 14th #HERvotes blog carnival, we’re blogging about equal pay and the need for the Paycheck Fairness Act–which will be on the Senate floor for a vote next week.

Why do we need the Paycheck Fairness Act (PFA)?   It would update the 50-year-old law by providing incentives to employers to pay women fairly.  It also would ban employers from retaliating against their employees who choose to share salary information with their coworkers.

It’s time for Congress to stand up for the rights of working women and to advance fair pay! The PFA is pending in the 112th Congress, with a vote expected in the Senate on June 5. It has twice passed the House, and it fell just two votes short of a Senate vote on its merits in the last Congress. This is a common sense bill that would help women and their families–especially in this tough economy.

So please join us in supporting the PFA today! Start by calling your Senators and urge them to vote for it. After you’ve called, read and share the blog posts below. We’ll be tweeting about this blog carnival all day with the hashtag #HERvotes and we encourage you to join us!

Paycheck Fairness Does Not Have to be an Oxymoron– Malak Yusuf, Wider Opportunities for Women

The Facts Behind the Call for Equal Pay– Christine Miranda, NOW

The Paycheck Fairness Act: For When Women are Old and Broke– Kate McGuinness, Fem2.0