Rape on the Rez and the Need for Plan B - Ms. Magazine
Skip to content 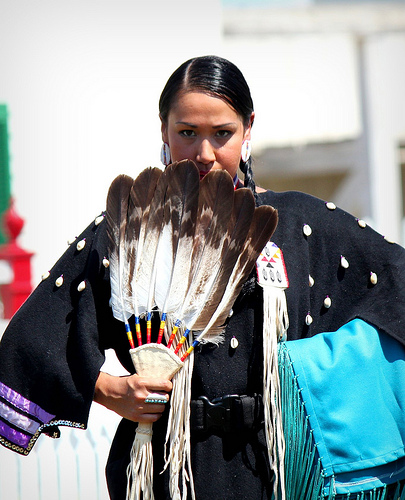 Rape on American Indian reservations is epidemic. One in three American Indian women will be raped or sexually assaulted in her lifetime–more than twice the national average. To further complicate the physical and psychological devastation of this sexual violence, the most basic access to relevant health care (think emergency contraception and rape kits) is increasingly unavailable to women living on reservation land, according to [PDF] a recent roundtable held by the the Native American Women’s Health Education Resource Center (NAWHERC).

Of 157 Indian Health Service (IHS) facilities surveyed, only 10 percent stocked the emergency contraceptive Plan B in their pharmacies. The report attributes this lack of availability to an underfunded health-care system and to pharmacy and therapeutics committees neglecting to include the drug on order forms. Such oversight is predicated on a low number of requests from medical staff–a particularly surprising omission considering the high rate of sexual assault.

Why no requests? Few women on reservations know Plan B exists. The report describes a widespread lack of education among American Indian communities with regards to a range of fundamental sexual health issues. Open discussions of sexual violence, birth control and emergency contraception are rare, though it is the legal responsibility of IHS doctors and nurses to provide women with such information. One Indian woman, Charon Asetoyer, is quoted as saying,

A lot of women in our communities aren’t aware that Plan B even exists or they associate it with the abortion pill RU486; they don’t realize the difference because the media and the opposition [to emergency birth control] have projected this: it’s [not] an abortion pill … it’s a contraceptive.

Sunny Clifford, a 26-year old Lakota woman living on Pine Ridge reservation in South Dakota, recently had difficulties obtaining emergency birth control (available to all U.S. women over the age of 17 as an over-the-counter drug under both federal law and by the Tribal Law and Order Act of 2010). That drove her to introduce a campaign through Change.org demanding access. “If I can’t control the rampant sexual assault [on reservations], then I can at least help women to control their own bodies,” she says.

Clifford “had no idea” she could get Plan B until the roundtable report was published. When she called her local clinic to see when she could pick up emergency contraception, she was told she needed a prescription and that the only pharmacies that stocked the pill were more than an hour’s drive from where she lives.

Clifford, who, like many living on her reservation, doesn’t own a car, was horrified. “This is a federal law. Why can’t I go up to any pharmacy and get it when I want it?”

More than 100,000 people have singed her Change.org petition, which asks Dr. Yvette Roubideaux, the director of IHS, to immediately issue a directive to pharmacies and service providers to comply with the law and distribute emergency contraception to communities that need it.

Not everyone has encouraged her advocacy, such as one woman in Clifford’s community who confronted her: “She told me it was wrong to offer [Plan B] without a prescription because people would abuse it. She just didn’t understand what [the pill] is used for.”

The IHS’s poor track record in dealing with women’s health concerns extends beyond birth control. Exams for rape victims are provided at only 60 percent of the hospitals IHS funds, it employs only 73 trained sexual assault examiners for 45 hospitals and it lacks a comprehensive policy for treating rape victims.

Clearly, the definition of “guaranteed rights” needs a little tweaking. Until all women are equally educated and acquire equal access to basic care, a woman’s control over her health isn’t guaranteed at all. With so few women escaping sexual assault and still fewer able to avoid unwanted pregnancies, stocking an already-mandatorily required pill seems the bare minimum. As Sunny puts it, there are too many stories about women forced to bear their rapist’s child. “I want to prevent that from ever happening. Those stories shouldn’t exist.”