The Olympics Are Coming! So Let Us Play! - Ms. Magazine
Skip to content 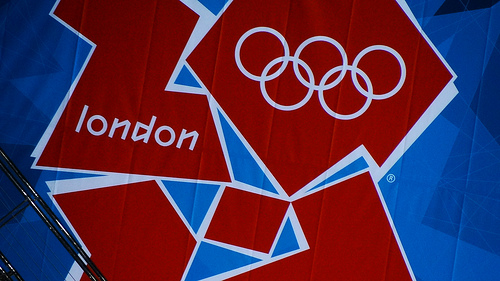 As the 2012 Olympic swimming trials in Omaha came to a close Monday night and a new round of female Olympians were born, first-time Olympic swimmer Missy Franklin reminded us that each generation of women athletes stands on the shoulders of the last.

Moments after beating out 29-year-old veteran Olympian Natalie Coughlin on Wednesday in the 100-meter backstroke—Coughlin’s signature event—Franklin said in an interview: “[Coughlin] is my biggest role model; I am proud of her no matter what. She has accomplished so much.”

That a young woman such as Franklin had imaginative access to an Olympic future through the spectacle of female athletes who came before her can’t be underestimated. As a collegiate swimmer myself at Scripps College, I can attest to how important it is to watch older female athletes achieve all that you dream about. Just like Missy, I had Janet Evans, Jenny Thompson, Inge de Bruijn, Tara Kirk, Kirsty Coventry, Dara Torres (who at 45 years old placed fourth in the 50-meter freestyle at Olympic trials, just missing a trip to the games) and Coughlin to watch and aspire to be. What those women love about swimming is what I love. What they feel when they’re disappointed is what I feel. And what they communicate to the world about why they swim—the thrill of competition, the freedom to move exuberantly in a muscular body—makes it all the easier for a young woman collegiate athlete like myself to be seen as culturally acceptable.

Swimming came so naturally to me as a child that it never crossed my mind just how recently this cultural acceptability has been granted to female athletes. When I was a toddler, the athletic apparel company Nike made a 30-second television ad, “If You Let Me Play,” to combat any lingering thoughts that only men should participate in athletics. The voiceovers, delivered by various girls ages five to 15, went something like: If you let me play sports … I will like myself more … I will have more self-confidence… I will be 60 percent less likely to get breast cancer … I will suffer less depression … I will be more likely to leave a man who beats me … I’ll be less likely to get pregnant before I want to … If you let me play sports.

I took my first competitive swim stroke at age six; by 10 I held a national age-group ranking. I believed in the promise of reward through hard work, thought of myself as an achiever and rather easily resisted the lure of self-destructive behaviors because I had goals and dreams—each one the product of swimming. This self-esteem transferred into other areas of my life, I built a healthy body along the way and I was boosted by encouraging coaches and quality role models. I never thought I would have to defend the right to be a woman swimming competitor.

Now I know I need to protect it, as the sport–all sports for women, really–is more than just personal to me. Just by participating, I honor previous generations of female athletes who may have endured jeers, laughs and sometimes the humiliation required to transform a once-iconoclastic idea into an accepted cultural norm. Regardless of the outcome of any race or contest, the chance to participate ensures that women and girls will grow and change in imaginable and unimaginable ways. As the Nike ad presaged, and the 2012 London Olympics will soon confirm, girls and young women will learn what it means to be strong; they will enhance [their] position in society. Just because we let them play.