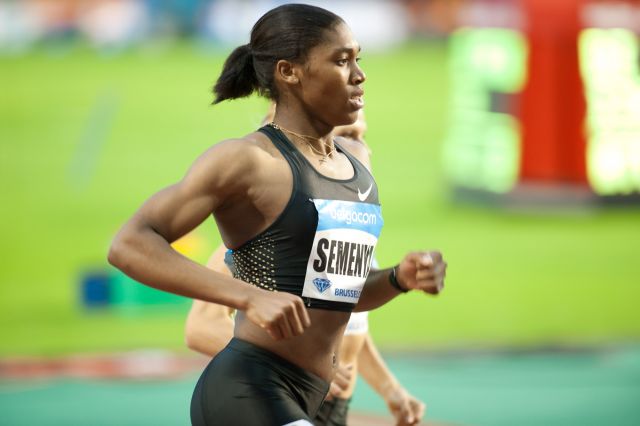 The International Olympic Committee recently released a new sex-testing policy that could prevent women athletes with hyperandrogenism, determined by natural testosterone level, from competing in London on the basis that they have an unfair advantage over their competitors. (The I.O.C. claims the test is not intended to determine sex but “to identify circumstances in which a particular athlete will not be eligible” to participate in women’s categories.) The policy rests on the assumption that testosterone is related to athletic prowess, but there is no scientific evidence to support this assertion. Despite folklore, testosterone is not the key factor that builds muscle.

Since women athletes are not all uniformly sex tested, there is a selection process in place that might prove to be incredibly damaging. Less feminine-looking women athletes will likely be singled out to undergo investigation. If a woman chooses a short hairstyle, has “mannish” mannerisms or is in any way more masculine-looking, she will likely be under suspicion.

The I.O.C. Medical Commission chairman, Arne Ljungqvist, has complete control over who must undergo sex testing, how and by whom the investigation will be conducted and, most importantly, the final outcome.

It isn’t clear if women athletes will be able to compete during investigation. If they aren’t, we are concerned that their confidentiality will be jeopardized. People will wonder about missing competitors. Whispers and gossip trails will likely follow. If women athletes are indeed prohibited from competing while under investigation, they are being punished before any evidence has been collected.

In short, the policy forces women athletes to worry about looking like ladies. This is to be expected in beauty competition, but isn’t sports competition about athletic performance, not one’s looks? What message does it give women? You can win, but make sure you look pretty?

Women who have naturally high testosterone levels are not cheating. They are not using performance enhancers. They are competing in their natural bodies.

Even if we pretend, for a moment, that testosterone predicts athleticism, it’s still wrong to single out hyperandrogenism with its overproduction of testosterone as the one natural condition that can disqualify a woman from competing in the Olympics. Why not also disqualify those who are far taller or have far better eyesight than others? All elite athletes have exceptional bodies. Women athletes with hyperandrogenism should not be the I.O.C.’s poster child for fairness. To disqualify a woman because she naturally has more testosterone than other women is patently unfair.

As Jen Pidgeon Pagonis, an intersex activist from Chicago, shared with us, “This policy can ruin an athlete’s career not because she performed poorly but because of how she looks—and that’s a crime.”

Photo of South African runner Caster Semenya, who has been subjected to sex-testing and gender verification in the past, under Wikimedia Commons.

Georgiann Davis, PhD, is a scholar-activist whose research, teaching, and activism are at the intersection of medical violence and feminist theories.