Why Didn’t I Just Leave? - Ms. Magazine
Skip to content 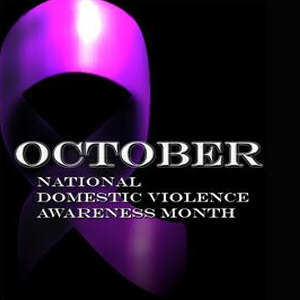 I lay on a crinkly table in a cluttered ER, joking with the doc, bribing him with a promise of homemade shortbread if he could fix my face without leaving scars, looking anywhere but in his eyes, and I noticed a police officer nearby.

When I was all stitched and tidied up, I went to the cop and heard a quavering voice tell him that I wanted to press charges against my husband for assault.

The cop looked across the waiting room at him, sitting with his face buried behind his bloodied hands, his tiny mother, herself a victim, standing next to his chair, her arm around him while she stroked his head and kissed his fevered brow.

The cop looked back at me and said, “You don’t want to do that. You’ll just make him angry all over again, and it’ll be worse the next time.”

I did eventually leave my husband, taking my battered self and VW bus and just enough money for gas from Phoenix back to L.A., where I lived in a friend’s basement until I recovered.

Flash forward a decade or so, to a visit to the East Coast.

On the graceful terrace of a lovely home, a cocktail party was reaching into the night with storytelling. I was puttering in the kitchen, fixing myself a drink, when someone’s words wafted through the window, and they sounded something like this:

“Yeah, he beat the hell out of her. We couldn’t figure out why she didn’t just leave him.”

Forsaking my Southern social graces, I stormed outside and lambasted the speaker—in front of everyone—for telling a story that was not hers to tell, for telling it with such a damnably ignorant conclusion. Unseemly of me, I know, and she responded with her own tantrum, stormed off, and didn’t speak to me for some time.

But the question lingered in the summer breeze, flirting with the fireflies—why didn’t I just leave him? It took me years to be able to answer it, and now I know why.

Because I did, because I did leave him. And I stood at the payphone at the corner of our block in the winter night, shivering in the T-shirt I had on when he picked me up from the bed and threw me to the sidewalk outside our front door, and I discovered that the police wouldn’t do anything because I wasn’t injured (that time) and I could always stay at a motel or with friends.

But I had no money and I had no friends—because he didn’t want me to have them.

Because I did. And I was wooed back into the relationship with the promise that he had been in counseling for six months and was no longer a batterer and would live only for my forgiveness.

Because I did. And, with battered psyche in tow, I was shamed back to him with the blame for making him beat me, for ruining his life, for getting blood on his mother’s car upholstery.

Because I did, I finally did. I left him when a skinny, exhausted mama in the ER, with a passel of runny-nosed kids, that woman who just wouldn’t stop staring at me as I talked to the cop, when she came over and said, “I know what’s going on. You don’t deserve it. Come home with me. You can sleep on the sofa. …”

Instead of telling a woman in possession of nothing but a T-shirt to spend the night in a motel and call back when she’s really in trouble; instead of joking with a patient about injuries consistent with assault; instead of telling the complainant to be silent or she’ll make it worse the next time; instead of looking the other way; instead of blaming the victim; instead of accepting women’s excuses for black eyes and split lips, their lies about walking into doorways or tripping on coffee tables, their pleas that they must stay for the children; instead of all that, do this—

If you want to help, visit your local domestic violence prevention agency or Futures Without Violence.

–More than one in three women and one in four men in the U.S. have experienced, rape, physical violence and/or stalking by an intimate partner in their lifetime.

–On average, more than three women are murdered by their husbands or boyfriends every day.

–One in five female high school students reports being physically and/or sexually abused by a dating partner.

–IPV is the leading cause of female homicides and injury-related deaths during pregnancy.

*In 1982, there were few shelters for victims of family violence and little training for police. Today, there are significantly more resources, but still many police officers–and family and friends of victims and abusers–fail to treat domestic violence as the crime it is, and still it is excruciatingly difficult to leave an abusive relationship.

Crossposted from Excuse Me, I’m Writing