Today in Feminist History: All Aboard the Suffrage Wagon! - Ms. Magazine
Skip to content

The campaign to win a woman suffrage referendum in the Empire State was kicked off three days ago in Revolutionary style.

A wagon, built in 1776 by Ebenezer Conklin and appropriately named the “Spirit of 1776,” left the Manhattan headquarters of the New York State Woman Suffrage Association amid great applause, loaded with suffrage literature and bound for a month-long tour of Long Island. It was driven by Edna Kearns and Irene Davison, with eight-year-old Serena Kearns, Edna’s daughter, along as well. On the day they departed, Serena was dressed as “Little Liberty” to symbolize the “little liberty” women still have 137 years after “taxation without representation” was denounced as tyranny during the American Revolution.

Drawn by a horse appropriately named “Suffrage,” the wagon and its passengers got an enthusiastic welcome in Jamaica, the first stop on their tour, then went on to stop and speak in Springfield, Rosedale, Valley Stream, Lynbrook, Rockville Centre and Oceanside.

Today, they’ll spend the Fourth of July at a suffrage festival in Long Beach, then meet up with “General” Rosalie Jones in Ronkonkoma tomorrow. Jones is a local suffragist who distributed literature from her own horse-drawn cart last Spring on Long Island, then did the same in Ohio in the summer to help with the referendum campaign there. She has now become nationally known as a result of leading suffrage hikes from New York City to Albany from December 16-28, 1912, and from Newark, N.J., to Washington, D.C., between February 12 and 28 of this year.

Though full and equal suffrage for women has never been won in any state east of the Mississippi River, the launching of a campaign here is a well-justified manifestation of the growing—and some say unstoppable—momentum the “Votes for Women” movement has been enjoying recently.

Just three years ago, the movement had gone 14 years without a single victory, and women could vote in only 4 of the 46 states. But on November 8, 1910, the male voters of Washington State approved a suffrage referendum by almost two to one. The next year brought the biggest victory so far, when on October 10, 1911, California’s male voters approved a suffrage amendment that doubled the number of female voters in the U.S. overnight. Kansas, Oregon and the newly-admitted state of Arizona followed suit in 1912, and starting July 1 women in Illinois are eligible to vote for President as well as local offices, though not for state offices.

But the surge in support for suffrage has become visible in far more places than newspaper reports of election returns, and it’s events such as the “Spirit of 1776” tour that keep the movement in the public eye. Until just a little over five years ago, no one had ever marched for suffrage. But two dozen women defied custom—and New York City police—to do exactly that on February 16, 1908. In 1910, a second march drew 400 participants. The next year, 4,000 turned out. Last year’s parade brought out between 15,000 and 20,000, and this year’s annual pageant drew about 30,000 marchers and a quarter-million spectators to Fifth Avenue. A parade and pageant in Washington, D.C., on March 3 made nationwide headlines and garnered great sympathy for the cause when the participants forged ahead despite riotous conditions and a disgraceful lack of police protection.

Though there have certainly been a lot of exciting moments in the 65-year history of the suffrage struggle, there has never been more reason for optimism than today. The stagnation of 1896 through 1910 has been forgotten, and no year ends without toasting a victory in at least one state. Massive public spectacles are now routinely pulled off with great success and favorable press coverage. Both the Republican and Democratic party platforms for 1912 endorsed putting woman suffrage referenda on state ballots, with the new Progressive (“Bull Moose”) party going even farther and giving unqualified support to woman suffrage.

The Susan B. Anthony (nationwide woman suffrage) Amendment, also called the Bristow-Mondell Amendment after its sponsors, is steadily gaining support in Congress thanks to the efforts of young militants like Alice Paul, who know this has to be the ultimate goal. On June 13, the Senate Woman Suffrage Committee issued a favorable report, marking the first time since 1896 that any Congressional Committee has acted on suffrage. The committee members gave their endorsement less than 10 weeks after suffragists representing every state in the union and all 435 congressional districts marched on the Capitol demanding action.

If New York becomes a suffrage state, its Congressional delegation, the largest in the nation, would suddenly become accountable to women and therefore be strongly motivated to add its prestige and support to the cause. This would speed the day when the Anthony Amendment is approved by 2/3 of Congress and sent to the states for ratification. Once 36 of the 48 States ratify, women in all states will be constitutionally entitled to vote for all offices, never again to be ignored by those who now need to win only a majority of men’s votes at the polls.

Of course, despite all the encouraging signs, the anti-suffrage movement and its liquor-industry benefactors are still formidable foes. At best, this will be a grueling, two-year campaign with no guarantee of success in this first attempt to win over a majority of men in the nation’s most populous state. But the campaign has been well-launched, and the first steps toward equal suffrage in New York have now been taken. The final steps will be in a victory parade, regardless of when that may happen to be. 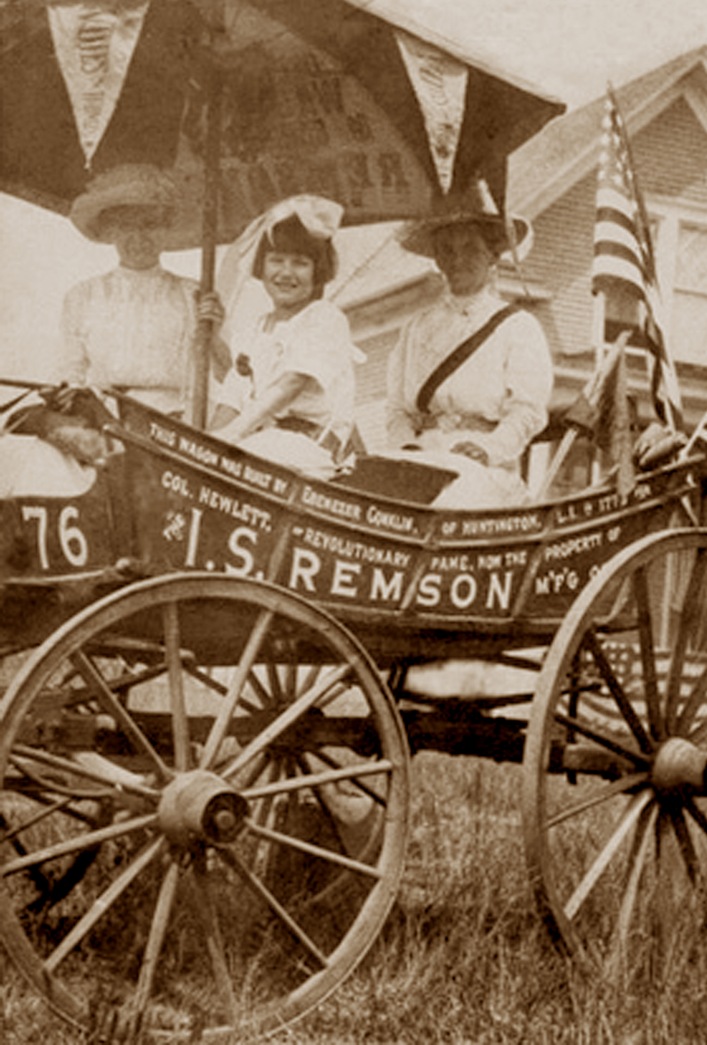 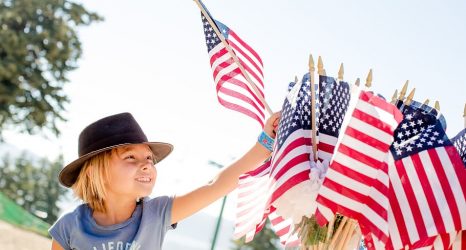 The Founding of the U.S. Excluded Women—and Our Leaders Are About To Do It Again