Jennifer Dulski wants to eliminate gender inequality in the workplace, one parental leave at a time.

Dulski is president and chief operating officer of Change.org, the online petition platform that helps people make  social and political change locally, nationally and even globally. Change.org boasts 85 million users in 196 countries, empowering individuals and groups to organize via campaigns made possible and louder by technology-enabled outreach and connection.

In 2014, the company increased its parental leave policy to 18 weeks of full-paid leave for all parents. Dulski decided to lead on this issue for a variety of reasons, chief among them that equal leave for all parents is essential to reducing gender bias in the workplace. When only birth mothers may take leave, traditional gender roles are reinforced, perpetuating stereotypes and inequality. “When people believe that new mothers will take longer leave, it can lead to biases in hiring, pay and promotions,” Dulski argues. Equal leave for all parents—birth mothers, fathers, adoptive parents—is critical also because it supports different family structures equally. It also throws down a challenge for other companies to match Change.org’s policy, which is the most generous equal leave policy among all U.S. technology companies.

Lately tech companies appear to be playing a game of one-upmanship by offering family-friendly perks like longer parental leaves, subsidized child care, and even controversial egg-freezing stipends. Facebook and Reddit offer moms and dads 17 weeks of paid leave, while Google offers mothers 18 weeks and fathers seven. But as Dulski ups the ante at Change.org, the situation for most parents in the workforce has diminished. According to the Families and Work Institute, the number of fully paid maternity leave programs in the United States fell from 17 percent to 9 percent between 2005 and 2012. Combine that downward trend with the fact that the U.S. is one of the few remaining countries in the world without mandatory paid leave for new parents, and parental leave may well be in need of a leader like Jennifer Dulski to nudge the reticent country forward.

Dulski was born in Chicago in 1971 and raised in San Francisco. As a young woman, one of her heroines was Billy Jean King. Dulski admires that King broke down barriers, both for women and for the LGBT community, and crushed stereotypes by exhibiting excellence and determination in her career and life.

Dulski studied psychology at Cornell University, moving to Pittsburgh after graduation and founding a non-profit to help under-resourced middle school students become the first in their families to go to college:

What was so inspiring was seeing how motivated these young people were to improve their lives and how hard they were willing to work to reach their dreams. I saw so clearly that by believing in their potential, setting high expectations for them to achieve, and supporting them with the resources they needed to succeed, these students were able to overcome tremendous obstacles and change their futures. It’s similar to what I get to do today at Change.org, empowering millions of people globally to make change in their communities and in the world.

Dulski next earned an MBA, also from Cornell, and then lead large teams and businesses at Yahoo for nine years. In 2007, she left Yahoo to found the startup The Dealmap, which Google purchased in 2011, making Dulski the first woman to sell a company to Google. She worked at Google for 18 months more, then departed to become chief operating officer at Change.org. No question she knows something about “leaning in” while mixing work and family, so much so that she plays with the popular “mashup” idea from the tech world to describe her thinking on work-life integration:

I have accepted that work and life are layers on top of each other, with rotating levels of emphasis, and I have benefitted from celebrating that overlap rather than to try to force it apart.

Leaders can effectively model the mashup for their teams. When I was a marketing exec at Yahoo, my manager, who was then chief marketing officer, left work at 5:30 every day so she could get home in time for dinner with her family. Not only was she consistent about leaving at that time, but she also made it visible to the full team that she was doing it, thereby effectively giving permission to others on the team to do the same. By modeling that something other than an “always on” work schedule was acceptable, my manager showed her team that she understood and valued the importance of both work and life outside of work.

Giving permission to others. That’s what Jennifer Dulski does by speaking about the needs of parents to be present in the lives of their newborns and families. By equalizing and increasing her company’s parental leave benefit, she leads other leaders of organizations to one overdue solution to the problem of bias against employees with family responsibilities, because it makes business sense, and it is the right thing to do.

Nanette Fondas is co-author of The Custom-Fit Workplace. Her articles on business, work, family and gender have appeared in The Atlantic, Harvard Business Review, Psychology Today, Slate, Huffington Post and MomsRising. Nanette is also author of the award-winning research on “The Feminization of American Management.” She curates work-life-mom matters on Twitter @NanetteFondas.

Amidst a Nationwide Formula Shortage, a Reminder: The Decision To Breastfeed Is Personal 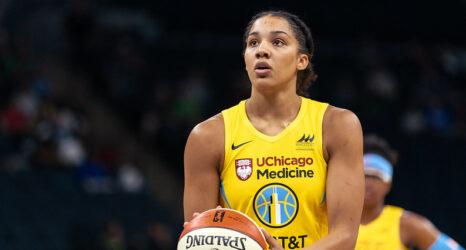 Four Reasons Men’s Sports Are Not the Gold Standard