No longer up for debate among feminists, or what Brittney Cooper once called “The Beyoncé Wars,” we are now simply witnessing and celebrating the multifaceted ways that Beyoncé expresses her feminist politics. Her most recent engagements with our culture wars and presidential politics represent acts of resistance. Here I refer to her widely talked about appearance with the Dixie Chicks at the Country Music Awards (CMA) televised show and her performance at a Hillary Rodham Clinton political rally in Cleveland. Not only is Beyoncé engaging in subversive performances of race and gender, but she is also demonstrating for a mass audience what feminist solidarity looks like.

A year that will be remembered for her bold political statements—from her proclamation that Black Lives Matter with her “Formation” music video and performance at this year’s Super Bowl, to her “Black Girl Magic” vision in her Emmy-nominated visual album Lemonade—it was inevitable that Beyoncé would eventually enter into the fray of one of our most vicious election seasons. However, it was her performance with the Dixie Chicks that positions her and the group as what Wesley Morris of the New York Times describes as “an interracial band of outlaw feminist superstars.”

Morris describes her follow-up performance at the Clinton rally as “politically anticlimactic,” but I tend to view both performances as feeding off each other in a subversive feminist reclamation of both culture and politics. The Dixie Chicks had entered a self-imposed exile from the CMAs, having been vilified by the country-music audience ever since lead singer Natalie Maines, while performing at a concert in London back in 2003, expressed “shame” about then President George W. Bush starting the War in Iraq. However, they are huge fans of Beyoncé and had performed the pop star’s country single, “Daddy Lessons,” during their world tour this year. At the same tour, they also had some mischievous fun featuring a picture of Republican presidential nominee Donald Trump with devil horns during their anti-domestic-violence song “Goodbye Earl.”

Although the country trio, who had previously enjoyed widespread success, experienced censorship from country radio stations and extreme misogynistic attacks in the wake of Maines’s controversial remarks—not unlike the common death threats and sexual slurs women suffer online whenever they assert an opinion—they refused to back down. Instead, they gave us the Grammy-Award winning album Taking the Long Way, which included the hit song “Not Ready to Make Nice.” The video for the song pointedly captures how white womanhood is punished: At different moments, the Dixie Chicks don corsets and oil-smeared Victorian dresses while contained behind white picket fences, controlled school rooms and threatening operation tables—all institutions that have “silenced” women who dared to speak their own minds and resist patriarchal narratives.

That Beyoncé, whose own song “Daddy Lessons” had aired on country stations, was invited to perform at the CMA as a pop singer—and that she utilized that moment to re-enter the Dixie Chicks back into the mainstream country-music space—speaks volumes about her politics and feminist solidarity. Beyoncé broke the cultural and gendered silence—and in the process, brought back women who dared to criticize a president and a war into the mainstream.

Together, their performance began with each woman signifying their hometown roots in “Texas,” uttered four different times to disrupt its political “red state” status and to remind the show’s audience of its diverse womanhood. The Dixie Chicks, wearing all black, contrasted against Beyoncé’s showy white gown, replete with mutton sleeves, pearls and jewels—which upends its virginal purity with hints of sensual negligee optics via its see-through grown effect. Here, we are offered complex racial, gendered, and sexualized representations of diverse womanhood.

Beyoncé dared to show up in potentially hostile space, together with the Dixie Chicks—which outraged some country music audiences, some of whom took to social media to express opposition to the women performing at the CMAs. She further dared to bridge differences between music genres, racial audiences and blue state/red state politics with her inclusion of the New York City-based band Too Many Zoos in the performance alongside members of her all-women band, The Sugar Mamas. Most importantly, she reclaimed the country music genre for its black musical legacy with her remix of New Orleans jazz-band sound and Southern gospel rhythms alongside the bluegrass offered by the Dixie Chicks.

Up until this performance, the CMAs featured politically safe, mostly white musicians who catered to its socially conservative base. “Daddy Lessons,” a poignant critique of toxic masculinity in which the titular daddy warns the songwriter to watch out for “men like me” and insists that they deserve to be shot, is too easily imagined as pro-gun when the subtleties of the verse suggest it is anything but. Its inclusion on Beyoncé’s visual album suggests it condemns a patriarchal legacy that has harmed generations of women, hence its “roots” in a country-music genre from her hometown state of Texas. That the Dixie Chicks could have easily remixed their song “Goodbye Earl” as a tongue-in-cheek remark on violent patriarchy but instead included a verse from “Long Time Gone”—a political commentary on the economic hardships of the heartland—suggests their not-so-subtle critique of the larger political landscape of today.

Beyond the music, Beyoncé especially disrupted the race-and-gender dynamics of the show. Her embodiment—which included her appropriation of the straight blonde hair of many country music women singers, showing off her curves through her signature black vernacular dance moves and the way she dominated the stage—compared to all the Black back-up singers and musicians relegated to service positions in favor of white lead singers throughout the CMAs, further subverts this cultural space that has normalized Black female subordination. Her constant demands to the audience to “get up off your feet” and “keep those hands clapping” placed her in a position of authority rather than servitude.

Not content to perform interracial sisterhood in the sphere of popular culture, Beyoncé followed up this performance with an appearance at a Clinton rally aimed to get out the vote. There, she and her women backup dancers wore pantsuits in homage to Clinton’s signature style while the pop star highlighted her role as a mother who sees a woman president representing “limitless possibilities” for her daughter—not unlike what President Obama represented for her nephew. And in this instance, once again, Beyoncé boldly reclaimed a white woman’s controversial remarks for feminist politics—this time highlighting Hillary’s “baked cookies” remark from 1992, for which she has since been vilified for daring to be an ambitious woman entering the political sphere.

This year will be remembered for the political mobilization of Black womanhood, from Gina Miller of Britain—who challenged the Brexit vote in court—to Clinton’s campaign, which has employed the most African American women in any presidential election. Many have noted the significance of First Lady Michelle Obama providing the emotional heft in galvanizing a diverse population of womanhood towards Clinton and away from the divisive racial and gender politics of Trump.

Beyoncé is adding to this the symbolic heft of “ladies” getting into formation and seizing the moment for collective power and feminist solidarity.

Opinions expressed here are the author’s own. Ms. is owned by Feminist Majority Foundation, a 501(c)3 organization, and does not endorse candidates. 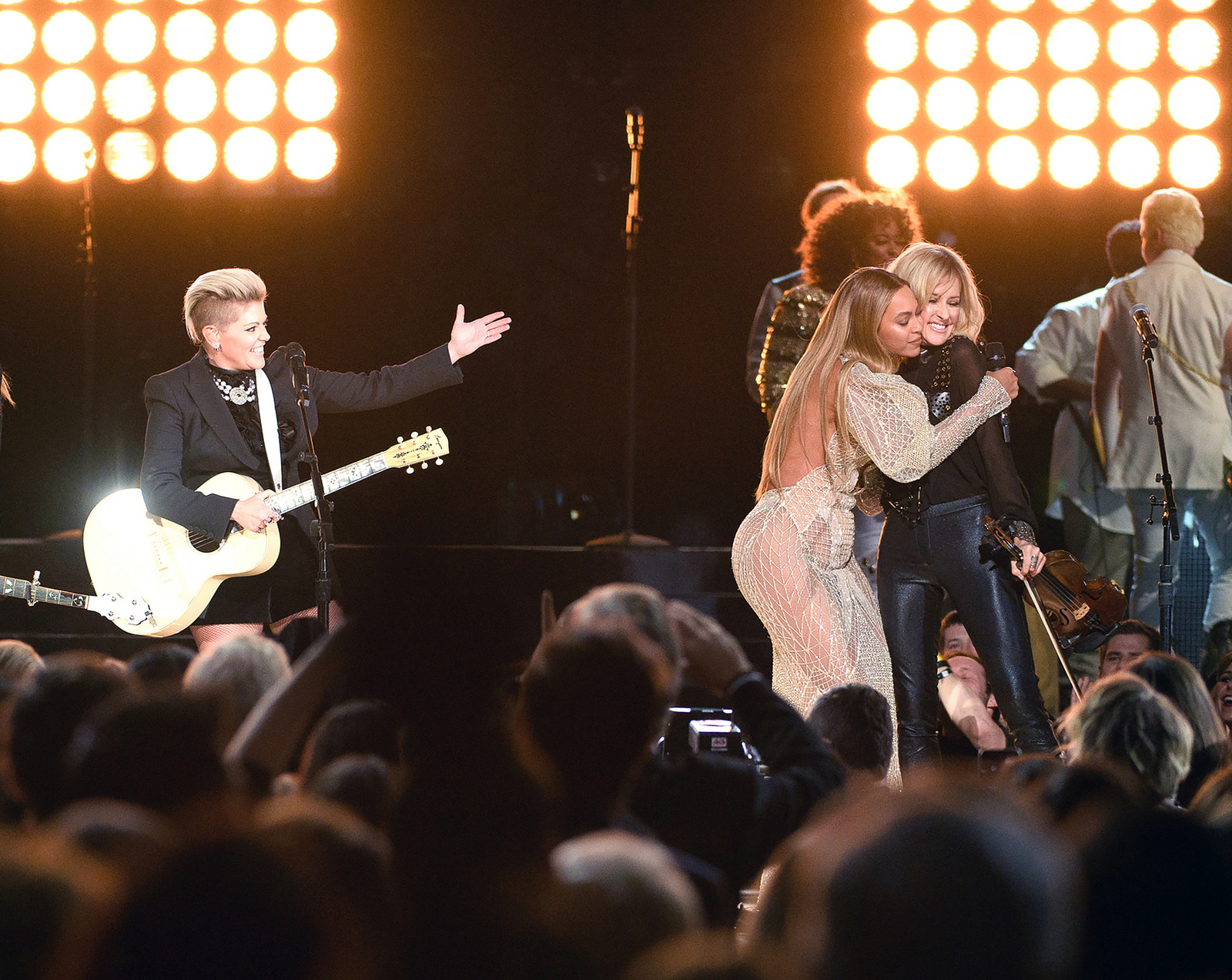