Today in Feminist History: Amelia Earhart Wants to Fly Further—and Fight On for the ERA - Ms. Magazine
Skip to content

Today in Feminist History is our daily recap of the major milestones and minor advancements that shaped women’s history in the U.S.—from suffrage to Shirley Chisholm.

February 11, 1937: Amelia Earhart—who five years ago became the first woman, and only the second person, to fly solo across the North Atlantic—announced plans today for a far more ambitious adventure. 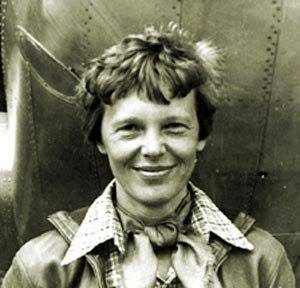 Within the next month, Earheart intends to leave on an around-the-world trip, covering 27,000 miles, and become the first pilot to circle the globe at its widest point by flying as close to the equator as possible.

The first three days of her flight will be the most difficult and risky, since they involve flying vast distances entirely over water. She will leave from Oakland, Calif., and fly to Hawaii; then on to tiny 1.1 square mile Howland Island in the South Pacific; and then to Lae, New Guinea. After that there will be stops in places such as Australia, India, Dakar and then Natal, on Brazil’s East Coast, on her way back to Oakland. She will be accompanied by Captain Harry Manning as far as Sydney, Australia, because his experience in navigating the South Seas —though gained on ships, not aircraft—will be needed.

Her purpose in making the trip is to establish the feasibility of commercial airlines making such flights. As she explained at today’s press conference: “The human reaction of pilots flying over long periods of time and distance is still an unknown quantity with respect to safety in air transport. Problems of fatigue, food, efficiency and the norms of alertness still confuse both airplane designers and pilots alike.”

The flight will be made in a twin engine Lockheed Electra 10-E monoplane she calls a “Flying Laboratory.” It will be outfitted with oversize 1,150 gallon fuel tanks, which should be more than adequate for even the longest 2,556-mile, 17-hour hop from Howland to Lae. Though eager to leave on her trip, Earhart said she won’t be “stampeded” into going until all safety equipment and the latest navigational aids are in place.

In addition to her passion for flying, she is also a strong supporter of equality for women. On September 22, 1932, she and other members of the National Woman’s Party met with then-President Hoover at the White House to urge him to support the Lucretia Mott [Equal Rights] Amendment. She told the President:

I know from practical experience of the discriminations which confront women when they enter an occupation where men have priority in opportunity, advancement and protection. In aviation the Department of Commerce recognizes no legal differences between men and women licensed to fly. I feel that similar equality should be carried into all fields of endeavor, so that men and women may achieve without handicap because of sex.

As far as our country is concerned, in every State of the Union today there are discriminations against women in the law. I join with the National Woman’s Party in hoping for speedy passage of the Lucretia Mott Amendment, which would write into the highest law of our land that “men and women shall have equal rights throughout the United States and every place subject to its jurisdiction.”

Just three months ago, she similarly showed her continuing commitment to equality in a telegram to the National Woman’s Party during its convention. “Because my schedule prevents, I cannot be present at the Biennial Convention,” she wrote. “However, I am so deeply interested in women obtaining full equality under the law that I am sending a small contribution to help the cause along. Today women still stand victims of restrictive class legislation and of conflicting interpretations of statutes. To clear the situation their rights must be made theirs by definition—that is—by Constitutional guarantee. Therefore I hope this year’s National Woman’s Party meeting may bring us at least one step nearer the Lucretia Mott Amendment.”

Almost 17 years after the 19th Amendment banned sex discrimination at the polls nationwide, the battle to ban all forms of sex discrimination continues on many fronts. In addition to everyone’s best wishes for success in her latest adventure, Amelia Earhart also deserves our praise for both her pioneering work in the air as well as for her efforts to put an explicit and permanent ban on every type of sex discrimination into the Constitution.