#WhatAboutMe: Why We Must Stand Up for Retail Workers This Holiday Season - Ms. Magazine
Skip to content

As families and friends gather to celebrate the winter holidays, retail and food service workers across the country are rolling up their sleeves and heading to work. With the holiday season in full swing, shoppers are flooding retail stores in search of gifts and, after hours of braving lines, they are seeking sustenance and relief at restaurants, food courts and bars.

The retail and restaurant workers who provide services to those customers are overwhelmingly women who are paid low wages for very hard and stressful work. What makes matters worse is that they also face rampant sexual harassment—often with little hope of recourse or remedy.

Many service workers continue to endure harassment by bosses and customers, too often in silence. The men who harass women service workers usually are not high-profile—so their complaints are of little or no interest to the media. The creepy customer who harasses the cashiers at some suburban franchise of a national fast-food chain doesn’t make headlines when the victims of his attacks complain. What’s more, because they are paid low wages, these workers often cannot afford to complain in the first place.

While the #MeToo movement has helped shine a light on sexual harassment, services workers mostly suffer in the shadows, outside of the hashtag revolution. Women of color and immigrant workers face added barriers as they struggle against multiple oppressions at work.

Most national employers have anti-harassment policies, like the McDonald’s policy that led to the ousting of its CEO for what he described as a consensual relationship with a subordinate. While many employers are improving the implementation of employment policies that address harassment by bosses and coworkers, offenses committed by customers can go unchecked. Even when HR policies cover harassment by customers, far too many workers don’t know about it or don’t feel empowered to speak up.

While employers are required to provide workplaces free of harassment by anyone, they may be less likely to deal with harassment committed by customers. Workers who depend on tips or commissions may feel like they have no choice other than to accept harassment. Women of color have the added burden of racism to overcome. Immigrant workers, especially those who are not English speakers, may have no voice at all due to the current hostility toward immigrants. For all of them, challenging a harasser could lead to lost wages and financial distress. They literally cannot afford to speak up.

As retailers head into peak season and restaurants and bars tackle the holiday party rush, service workers in those industries find themselves working long hours. We have to wonder how many of them also will endure sexual harassment. When they do, there won’t be a hashtag movement to support them.

While many women in the workforce are saying #MeToo, too many restaurant and retail workers are asking: #WhatAboutMe? As long as all women are not at the table where decisions are made, we are sure to be on the menu, and will continue to face sexual harassment and workplace discrimination at the whim of men in power—including customers.

Every worker deserves a safe workplace. We challenge the retail and restaurant industries to stop all sexual harassment, no matter who commits it. We recommend that the low-paid workers who are on the frontlines have a voice in addressing workplace harassment. We also encourage hashtag activists and the media to ensure that all sexual harassment is addressed—not just the over-the-top outrageous acts by the rich and famous.

Leng Leng Chancey is the executive director of 9to5, National Association of Working Women, a national organization on the frontlines working for economic security for all women—particularly women of color. You can follow her work on Twitter at @lenglengC. 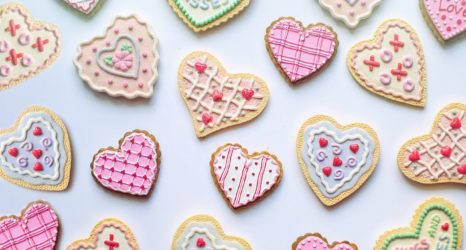 My Feminist Reclamation of Valentine’s Day

Five Ways to Support Ms. Before the End of the Year