Editor’s note: Launching on Tuesday, Feb. 1, and culminating on March 10, the Harriet Tubman Bicentennial Project pays tribute to this feminist icon with a special commemorative issue through Ms. online and in print. Explore the interactive groundbreaking site here.

if i be you

let me not forget

to be the pistol

to be the madwoman

at the river’s edge

be free or die

On a plantation near Sumter, South Carolina, Priscilla McCollough’s grandmother witnessed enslaved field hands, who had been carefully tending to their work, moving suddenly in a circular fashion as if in a ring shout. Speaking with an interviewer from the Georgia Writers Project, McCollough explained how, as time passed, their movements quickened, resulting in the field hands collectively rising into the air and flying back to Africa. They had not uttered a word but were somehow choreographed—like birds in murmuration.

The slave trade and the ensuing centuries of plantation slavery across the Atlantic world were marked by dehumanization, avarice and barbarity. As I explore in my book Afro-Atlantic Flight: Speculative Returns and the Black Fantastic, people of African descent established a collective politics of resistance and refusal in the New World by assuming defiant postures in the face of the tyrannical excesses of white supremacy.

During slavery, such creative employments of the imagination turned the intended financial returns in slavery speculation on their head with African diasporans taking back control over their bodies through covert and overt forms of resistance and flight. Some resisted in literal and figurative ascension via rebellion during the Middle Passage as they took suicidal leaps from slave ships with hopes of returning spiritually to their homelands. Those who chose to live forged kinship networks across cultural and linguistic differences as people of African descent who aligned with one another in slaveholding societies. Many enslaved people also ran away from plantations, seeking out new places in which they might have a better chance at life.

At South Carolina’s Combahee River, a Union regiment faced down Confederates with intelligence provided to them by the wise abolitionist Harriet Tubman. It was June 1863, and the soldiers proceeded to burn a local plantation and other outposts used by opposing forces to stabilize the Union’s control over the Lowcountry region as they had done via controlled burnings in several cities throughout the South. The raid at Combahee resulted in the freeing of some 750 formerly enslaved people, who were resettled at St. Helena until the Civil War ended. Tubman is known for her bravery as a conductor of the Underground Railroad’s networks of safehouses to aid freedom seekers in their quest to self-liberate and as a supporter of newly freed Black Americans in the aftermath of slavery. She is rightly admired for her persistence and her profound care for Black people.

What is lesser known about Tubman is that she suffered a traumatic brain injury in her youth after an overseer viciously struck Tubman on her head with a heavy weight. In the aftermath, she experienced a series of near-debilitating headaches and seizures as well as enlightening visions. Dismissed by whites as a so-called half-wit, Tubman remained quite circumspect about sharing the content of the premonitions she experienced that prompted her to strategize pathways to liberation for herself and others. Tubman took seriously these moments of acute intuition by engaging in conjurations, using disguises to facilitate her movements across treacherous conditions, and embracing a code of silence as she moved covertly throughout slave territory to freedom and back again, rescuing scores of family members and other enslaved people during her own expeditions.

Tubman is known for her bravery as a conductor of the Underground Railroad’s networks of safehouses. What is lesser known is that she suffered a traumatic brain injury in her youth after an overseer viciously struck Tubman on her head with a heavy weight.

Tubman’s biographer Sarah H. Bradford wrote about Tubman’s speculative visions of her own flight from slavery:

“She declares that before her escape from slavery, she used to dream of flying over fields and towns, and rivers and mountains, looking down upon them ‘like a bird,’ and reaching at last a great fence, or sometimes a river, over which she would try to fly, ‘but it ‘peared like I wouldn’t hab de strength, and jes as I was sinkin’ down, dere would be ladies all drest in white ober dere, and dey would put out dere arms and pull me ‘cross.’”

Once Tubman decided to run away, she found that her premonition had come true: The women supporting her in her visions (both Black and white allies) were real—and they met her on the other side.

Tubman’s face is featured on the glazed stoneware urn Digable Underground crafted by the potter Roberto Lugo and situated at the center of a hearth that has been erected inside a home for the Metropolitan Museum of Art’s exhibition Before Yesterday We Could Fly: An Afrofuturist Period Room. Afrofuturism is a creative mode that blends the myths, histories, and cultures of people of African descent with science and technology to liberating ends. The Met curatorial team’s selection of Tubman for the exhibit’s signature image demonstrates a reverence for Tubman’s life work, particularly affirming that her speculative visions for brighter Black futures are instructive for those who are negotiating similarly unstable societal landscapes in slavery’s aftermath.

The Met is renowned for its gorgeous slate of period rooms which bring together luxurious furnishings and decor that represent the domestic interior spaces of white American or European affluence. Rather than proclaim a fixed date or era, this speculative reimagining of the genre declares that the past, present, and future are intertwined, signaling the circuitousness of African Diasporic time. Decorated primarily with art, furnishings and decor by a range of African and African diasporic artists from across time and space, Before Yesterday We Could Fly takes as its subject a nearly forgotten nineteenth-century New York City community, Seneca Village, and speculates what might have happened if it had somehow been able to exist into the present and future.

Seneca Village was a settlement in what is now Central Park. A thriving community from the 1820s to the 1850s, Seneca Village was home to mostly free African Americans who built their homes, three churches and a school in what was then rural Manhattan from 82nd and 89th streets between 7th and 8th Avenues. In the 19th century, a community like Seneca Village would have offered a sense of safety and respite for all who lived there, as lower Manhattan was overpopulated and quite dangerous.

Indeed, though slavery was abolished in New York state in 1827, the peculiar institution continued in the South for several decades more, which presented a very real threat of free Black people being kidnapped and sold into slavery. In New York, kidnapping clubs and untoward individuals saw no issue with snatching unsuspecting women and children in particular, shuttling them into slavery in the South, where cruel slaveholders were desperate for more laborers.

In the 1850s, New York City officials added to the precariousness of Black life in the city when they began to seriously consider the possibilities for establishing a massive city park that would rival the most gorgeous greenspaces found in modern European cities. Along with officials, city newspapers were complicit in a campaign to disparage Seneca Village, repeating racist epithets and describing the community as a filthy, crime-ridden blight on the city. Such misrepresentations made it easy for the city to rationalize destroying the Seneca Village in the 1850s using eminent domain laws, which gave governments the right to claim privately-owned land for public use. Seneca Village’s residents bristled at the city’s determination to decimate the community they had worked so hard to build, with landowners appealing the decision in the courts to no avail. In exchange for their lots, landowners were given paltry sums, and Seneca Village was summarily razed in 1857.

From the passage of the Fugitive Slave Act of 1850, which gave legal authority for slaveholders to reclaim any of their enslaved laborers that escaped to free states, to the 1857 Dred Scott v. Sandford decision, which declared, in part, that African Americans were not and could never become U.S. citizens, the decade leading to the Civil War was marked by myriad brutal de jure and de facto battles over the possibilities for Black citizenship in the United States.

For Harriet Tubman, who had made a home among the community of self-liberated African Americans in Ontario, Canada, legal decisions restricting Black mobility were not wholly daunting. In fact, Tubman reversed course in 1859 and purchased a family home in upstate New York, indicating her belief that she and her loved ones had every right to live freely in the country that they had labored under immense cruelty to build. Indeed, their futures would be made on their own terms.

It is often the case that members of the public traverse their towns and cities as if all there ever was is now. While the social justice and abolitionist movements in recent years have prompted marginal movement toward reckonings with slavery and other sustained periods of profound injustice and inequality in the United States and elsewhere, we are now at a moment in which mere mentions of historical racial truths are quickly turned into political firestorms and dismissed as irrelevant to our contemporary moment. Harriet Tubman’s continued embrace of liberatory visions for the future reminds us of the necessity of intentional organizing, insisting on re-narrativizing master accounts to get at the truth, and proceeding speculatively to truly live: Let [us] not forget/be free or die.

Explore the brand-new Tubman 200 site, including a chronological progression of important dates in Tubman’s life; an interactive calculator to determine just how much the U.S. owes Tubman; an ongoing essay series from top experts and academics; and more. 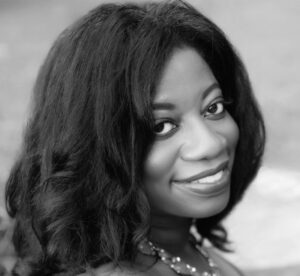 Michelle D. Commander is associate director and curator of the Lapidus Center for the Historical Analysis of Transatlantic Slavery at the Schomburg Center for Research in Black Culture and consulting curator for the Metropolitan Museum of Art’s exhibit Before Yesterday We Could Fly: An Afrofuturist Period Room. She is the author of Afro-Atlantic Flight: Speculative Returns and the Black Fantastic, Avidly Reads Passages and Unsung: Unheralded Narratives of American Slavery & Abolition.