The Harriet Tubman Syllabus: An Exhaustive List of Works About and Inspired by Tubman - Ms. Magazine
Skip to content

The Harriet Tubman Bicentennial Project concludes with the Harriet Tubman Syllabus—an exhaustive list of works about and inspired by Harriet Tubman, which confirms the wide-reaching impact of her legacy more than a hundred years after her passing on March 10, 1913.

The Harriet Tubman Syllabus is a comprehensive list of works relating to Harriet Tubman’s life and history. Tubman’s legacy has lasted throughout the decades in a plethora of ways, as found in books, articles, songs, poetry and museums, to name a few. Her influence is clearly palpable, as she continues to inspire creative works in various genres.

This syllabus provides insight into the journey of a freedom fighter who risked her own life to rescue others. There is still so much to learn about Harriet Tubman, as evidenced by numerous works on this list: from biographies to film and animation, from visual arts to speculative fiction, from historical documents to memorials, from opera to reenactments. For those of all ages and through creative and nonfiction avenues, different paths lead to more insight and more knowledge about this extraordinary and courageous leader.

Below is an overview of the different categories included, followed by a link to the complete list. If there is a work about or inspired by Harriet Tubman that you believe belongs on this list, please send an email to: [email protected]. 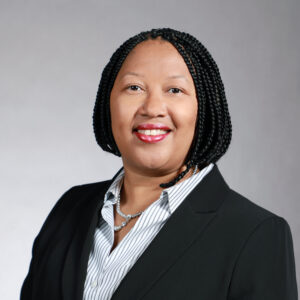 Janell Hobson is professor of women’s, gender and sexuality studies at the University at Albany, State University of New York, and the author of When God Lost Her Tongue: Historical Consciousness and the Black Feminist Imagination (2021), Venus in the Dark: Blackness and Beauty in Popular Culture (2005, 2nd ed. 2018), and Body as Evidence: Mediating Race, Globalizing Gender (2012). She is the 2021-2022 community fellow at the University at Albany’s Institute for History and Public Engagement in support of her role as the Ms. guest editor of the Harriet Tubman Bicentennial Project. She is a contributing writer to Ms. with a research focus on Black women’s histories and representations in popular culture.