The post-Dobbs v. Jackson fight to secure abortion rights impacts people worldwide—not just those in the United States—raising the stakes even higher. Our fight here at home is one with dire global implications.

The Supreme Court’s ruling in Dobbs v. Jackson Women’s Health Organization stands to unleash devastating rollbacks on abortion across the United States, while also bringing domestic policy more in line with foreign policy. For decades, international aid restrictions have made abortion inaccessible abroad, resulting in significant harm—including death. While the forthcoming decision, and its catastrophic fallout, is not likely to have an immediate global impact, it will undercut efforts to remove these restrictions and embolden the anti-abortion lobby to further instrumentalize U.S. foreign policy to promote its ideology.

A central U.S global abortion restriction, the Helms Amendment has prohibited the use of foreign assistance for the performance of abortion “as a method of family planning” for nearly 50 years. The Helms Amendment has overridden national legislation in countries receiving aid and been over-implemented as a total ban on abortion, ignoring congressionally permitted exceptions in cases of rape, incest and life endangerment. It’s also disregarded a clarification, known as the Leahy Amendment, that permits information and counseling about abortion.

Beyond Helms, the Siljander Amendment prohibits U.S. foreign assistance from being used to lobby for or against abortion, a violation of free speech.

The global gag rule (“Mexico City Policy”), an executive action put in place by each Republican president since Reagan, and removed by each Democratic president, blocks foreign organizations from receiving certain U.S. funds if they provide services, referrals or information about abortion or advocate for changes to abortion laws in their country.

These and other restrictions make up a collective—and deadly—package that has had disastrous impacts on global health, including an increase in maternal mortality, unsafe abortions and HIV infections, as well as a decline in the overall quality of healthcare.

The global impact of U.S. restrictions is outsized, since the United States is the largest donor to low- and middle-income countries. Restrictions are misapplied as a total ban, which creates a chilling effect on abortion speech and activities. Since local providers offer integrated and co-located health programs, aid restrictions lead to discontinuity of care as providers are fearful of running afoul of U.S. law. All of this has a disproportionate impact on Black and brown people, echoing the racial impacts of domestic abortion restrictions.

It is worth emphasizing that these restrictions prevent abortions that are legal in other countries, often forcing unsafe methods, which in turn result in over 47,000 maternal deaths each year. For victims of sexual violence in conflict throughout the world, the restrictions have a particularly catastrophic impact as they are not able to access the full range of services they need, including abortion. With reports of brutal sexual violence in Ukraine, Myanmar, Ethiopia and the Democratic Republic of the Congo, U.S. policies compound harms and further traumatize survivors.

These policies violate international law, which protects reproductive rights, and abortion, as a fundamental human right. These rights are included in treaties ratified by the United States, such as the International Covenant on Civil and Political Rights, the Convention Against Torture and the International Convention on the Elimination of All Forms of Racial Discrimination. Recently-released World Health Organization abortion care guidelines also clarify that abortion is both a critical public health and human rights issue.

The United States is at odds with international trends: More countries are moving towards liberalization of abortion laws, including Ireland, Argentina, Colombia and Mexico. Abortion also is often available in many countries after gestational cutoffs for a wide variety of reasons, including mental health and economic necessity. The United States is moving further away from democratic ideals, as the majority of Americans and other liberal democracies support abortion rights, and aligning itself with authoritarian regimes, such as Poland.

Abortion policy under the Trump administration provides a preview of what could be next.

An emboldened anti-abortion lobby is likely to go even further to police abortion rights throughout the world, especially if Republicans regain control of Congress and the White House. Next level restrictions could make the global gag rule permanent law, or withhold foreign assistance to countries that allow or do not criminalize abortions, stillbirths or miscarriages—mirroring one of the next lines of attack within the United States.

Abortion policy under the Trump administration provides a preview of what could be next. An emboldened anti-abortion lobby is likely to go even further to police abortion rights throughout the world, especially if Republicans regain control of Congress and the White House.

So what can be done? To start, Congress must pass, before the midterm elections, the Abortion is Health Care Everywhere Act to repeal the Helms Amendment.

President Biden, who has indicated support for sexual and reproductive health and rights, can also do much more, including issuing guidance clarifying implementation of Helms and other funding restrictions and striking Helms from his budget. Additional efforts to legally guarantee abortion in the United States would also help. This could include passing federal legislation such as the Women’s Health Protection Act, further easing restrictions for medication abortion, fighting to expand health coverage for abortion and pushing for the Equal Rights Amendment that is inclusive of abortion protections.

The post-Dobbs v. Jackson fight to secure abortion rights impacts people worldwide—not just those in the United States—raising the stakes even higher. Our fight here at home is one with dire global implications.

About Michelle Onello and Elena Sarver 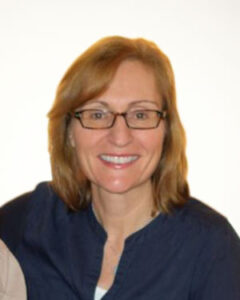 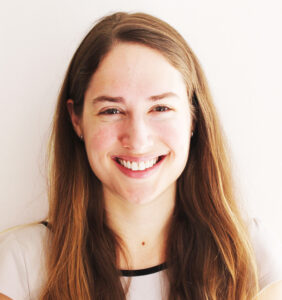