In recent years, 60 countries have liberalized their abortion laws, while the U.S. experiences profound retrogression on abortion rights—along with other countries where democratic institutions have eroded.

Countries worldwide are liberalizing their abortion laws and guaranteeing greater access to abortion services. Many are doing so on the understanding that abortion is necessary to ensure women’s equality and full participation in society. Several have done so recognizing that access to abortion is integral to the realization of human rights, including the rights to life, health, equality and non-discrimination, and freedom from cruel, inhuman and degrading treatment.

In 2021, the Supreme Court of Mexico issued a ground-breaking decision, unanimously recognizing a constitutional right to safe, legal and free abortion services in early pregnancy and in other situations. The Court’s landmark ruling, and the inclusive language used in the decision, constitute critically important steps towards decriminalization of abortion and its recognition as a human right.

Elsewhere in Latin America, Argentina, Ecuador, and, most recently, Colombia have also liberalized abortion access—what’s been called the green wave. Examples in other regions of the world include Angola, India, Kenya, New Zealand, Northern Ireland, South Korea and Thailand. Since 1994, 60 countries have liberalized their abortion laws.

In contrast, the United States is experiencing profound retrogression on the right to abortion. So too is this occurring in other countries where democratic institutions have eroded, such as Poland and Nicaragua.

Across the U.S., anti-abortion politicians have been working to dismantle abortion rights for years. Today, 24 states severely restrict access to reproductive healthcare, and state legislatures throughout the country are enacting even more extreme and unconstitutional abortion bans and restrictions as the Supreme Court is poised to overturn or decimate Roe v. Wade. In 2021, state legislatures enacted historic numbers of abortion restrictions and bans; 2022 is on track to be even worse.

Texas Senate Bill 8 (S.B. 8), enacted in 2021, exemplifies the dramatic escalation. The draconian law bans abortion after about 6 weeks of pregnancy and shifts enforcement to individuals rather than the state. The law has eliminated almost all abortion access in the state, forcing people to travel long distances, carry pregnancies to term against their will, or self-manage abortions at home, making them vulnerable to criminal investigation and prosecution. U.N. human rights experts condemned Texas S.B. 8 and highlighted the particular impact that the law has on marginalized communities, including women with low incomes, those in rural areas, and women of color.

S.B. has been in effect since Sept. 1, 2021, and the Supreme Court has refused to block the law. Already this year, over a dozen states have enacted, introduced or noticed their intention to introduce laws copying Texas S.B. 8. Idaho and Oklahoma have enacted such bans.

In Texas, the law has caused tremendous harm, especially for those who are Black, Indigenous and Latinx who already face substantial barriers to accessing reproductive healthcare. Black women will suffer the gravest consequences of forced pregnancy under S.B. 8 in light of the significantly higher rates of maternal mortality and morbidity Black women experience compared to white women in the state. Throughout the U.S., maternal mortality is rising, with American Indian/Alaska Native and Black women two to three times as likely to die from a pregnancy-related cause than white women. The majority of these deaths are preventable.

Several countries have recognized access to abortion is integral to the realization of human rights, including the rights to life, health, equality and non-discrimination, and freedom from cruel, inhuman and degrading treatment.

As the Court now prepares to rule on another case, Dobbs v. Jackson Women’s Health Organization—Mississippi’s invitation to overturn nearly 50 years of precedent protecting the constitutional right to abortion—we are at a dire moment.

In El Salvador, where abortion is completely banned, women experiencing stillbirths and miscarriages—especially those who are Indigenous or experiencing poverty, and with the least access to healthcare—are suspect, criminally investigated, prosecuted and sentenced to 20, 30 or 40 years in prison.

Together with Colectiva Feminista para el Desarrollo Local and the Agrupación Ciudadana por la Despenalización del Aborto, the Center for Reproductive Rights has been working to set them free and reform El Salvador’s laws, including through groundbreaking litigation. In 2021, the Inter-American Court ordered El Salvador to reform its legal and healthcare policies that criminalize women for seeking reproductive healthcare.

And we know too fully well who would be prosecuted here in the U.S. National Advocates for Pregnant Women has long confronted the fact that a variety of laws—from criminal child endangerment, to feticide, to antiquated laws criminalizing abortion—are used to prosecute people who have ended or lost a pregnancy, or for other actions or omissions during a pregnancy, including substance use. This punishment disproportionately affects Black, Indigenous, and other people of color, immigrants, and people experiencing poverty, including white women.

We also know the significant risks that criminalization of abortion has on the right to life. The newly issued World Health Organization Abortion Care Guidelines highlight that worldwide between 4.7 percent and 13.2 percent of all maternal deaths are attributed to unsafe abortions. In highly restrictive legal environments, people may be forced to resort to unsafe abortions when they lack the resources, information or face other barriers to safely managing abortion care through medication.

In the U.S., too, the impact would fall most harshly on marginalized communities—a point underscored by the International Federation of Gynecology and Obstetrics in an amicus brief in Jackson Women’s Health Organization.

A variety of laws—from criminal child endangerment, to feticide, to antiquated laws criminalizing abortion—are used to prosecute people who have ended or lost a pregnancy.

The Legal Fight Ahead

Armed with human rights and global momentum, advocates around the world have won landmark victories protecting the right to abortion.

Here in the United States, we draw from that work to fight on—for stronger legal protections in Congress, including the Women’s Health Protection Act that would secure a national right to access abortion, as well as the Equal Access to Abortion Coverage in Health Insurance (EACH) Act. We fight on in state legislatures. And we fight on in the courts, a critical pillar of democracy which we will never cede.

Alongside our movement partners, we will turn the tide. And we will win. 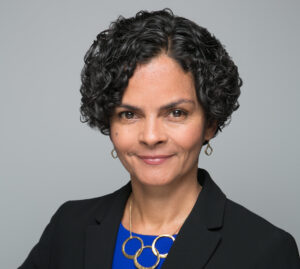 Lourdes Rivera (she/her) is the senior vice president for U.S. programs at the Center for Reproductive Rights where she leads all of the Center’s U.S. work, including litigation, judicial strategy, policy and human rights advocacy, partnerships and mobilization of the legal profession.