New York State Will Vote on a State-Level ERA in the 2024 Elections - Ms. Magazine
Skip to content

Update Jan. 24, 8:46 p.m. PT: The New York legislature passed the Equal Rights Amendment for the second time and Gov. Hochul signed the legislation. The state ERA will officially be on the ballot in 2024.

If New York amends its constitution to prohibit discrimination on the basis of sex, it would become the 28th state to have an ERA protecting women’s rights.

The current New York state constitution does not require equal rights for women. If the ERA passes, New York would become the 28th state to have an ERA protecting women’s rights.

The New York constitution requires all amendments to pass the legislature twice before going to the public for a vote. State lawmakers passed the ERA for the first time in July of 2022. On Jan. 4, New York Senator Liz Kruger introduced S 108A to pass the amendment a second time and place it on the November 2024 ballot.

If you can’t make decisions about your reproductive life, you can’t participate equally in the society.

Andrea Miller, president of the National Institute of Reproductive Health

The recent New York elections drove home the need for the ERA, said Donna Lieberman, executive director of the New York Civil Liberties Union. “Nobody knew three months ago that the New York state gubernatorial election would be a squeaker. I think people now realize how important it is to enshrine the fundamental right to abortion in New York into our Constitution so we’re not subject to the political winds.”

In addition to protecting reproductive rights, the bill defines sex to include “sexual orientation, gender identity, gender expression,” which would make New York the second state to explicitly protects LGBTQIA+ people in their ERA, after Nevada did so last November.

The constitution already prohibits discrimination based on a person’s race, color, creed or religion. The amendment would prohibit “any characteristic listed in this section [to] be interpreted to interfere with, limit or deny the civil rights of any person based upon any other characteristic identified in this section,” which could potentially protect women and LGBTQIA+ people from religious discrimination claims against their rights.

The ERA covers discrimination by “any other person or by any firm, corporation, or institution, or by the state or any agency or subdivision of the state,” but it allows affirmative action to “prevent or dismantle discrimination.”

The New York ERA would also add prohibitions against discrimination on account of a person’s ethnicity, national origin, age and disability.

“Our ERA will protect against discrimination based on a whole range of categories,” said Lieberman. “This is an opportunity for us to build a movement around equality as a core value in New York state. The ERA covers everybody’s issues. It’s an opportunity for people to come together and break down some of the silos that usually divide us. It is the embodiment of the values of reproductive justice.” 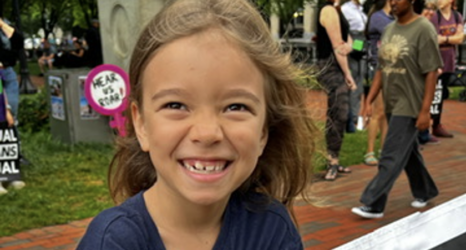 Sugar and Spice and Not So Nice: The Roar for Little Girls